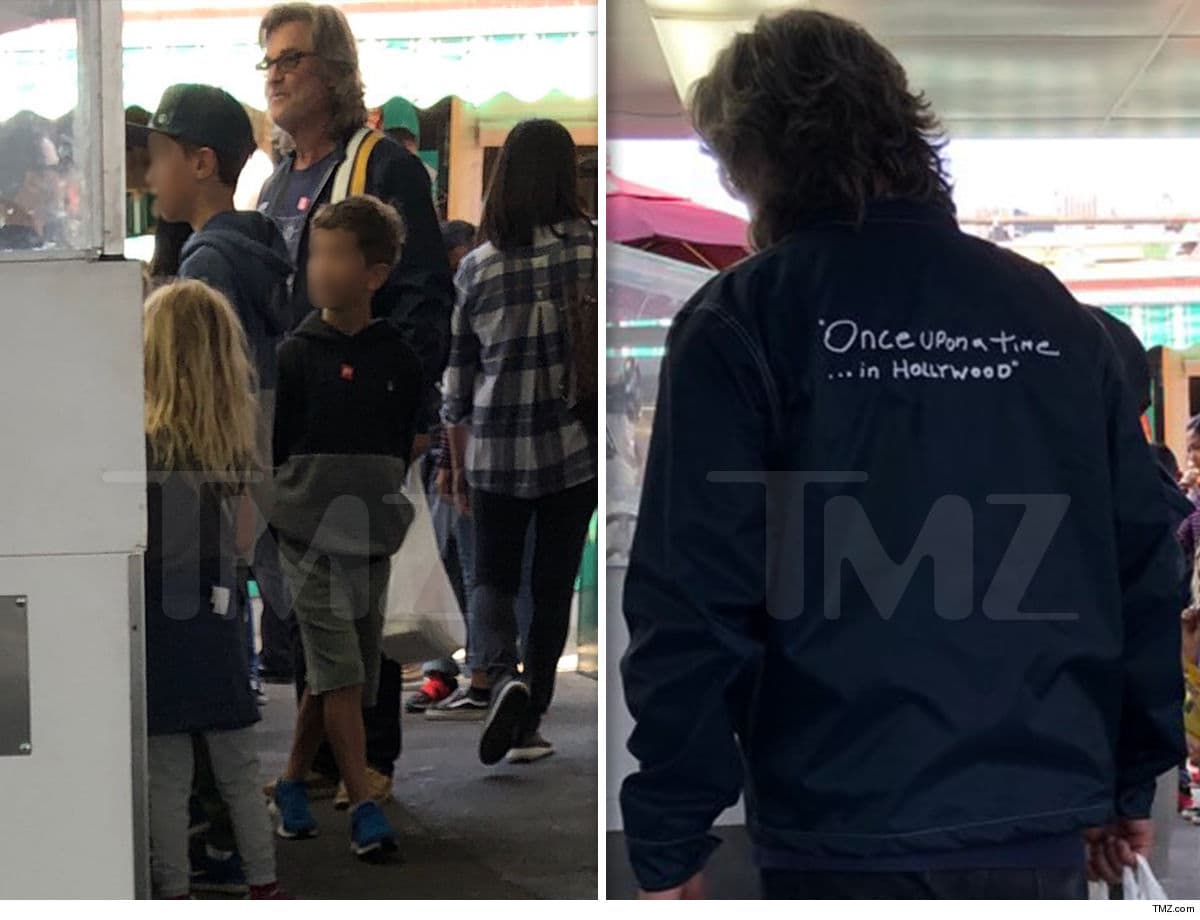 Not Just ‘Once Upon a Time’

Kurt Russell is a huge fan of his latest film … busting out a super cool piece of swag from the Quentin Tarantino flick he stars in, while hitting up a classic Hollywood haunt for celebs.

We got these pics of Kurt shopping at the Farmers Market at The Grove over the weekend with his grandkids … no big shocker — until we got the rear view. He was rocking a jacket with the “Once Upon a Time in Hollywood” logo on the back!!

Kurt’s one lucky dude … costarring with Brad Pitt, Leonardo DiCaprio and Margot Robbie in Quentin’s 9th film. As a Hollywood vet, he obviously knows the game — it’s NEVER too early to start promoting and pumping up that box office!

The movie — about Hollywood in the days of Charles Manson murders — lands on big screens in July, but it’s mostly been shrouded in secrecy. Quentin won’t even say who Kurt’s playing.

It’s kinda fitting … Kurt stopped by Magee’s House of Nuts while proudly displaying the jacket. The stand has been a staple at the Farmers Market for decades, and once upon a time, it was beloved by President Eisenhower and The Beatles.

Just don’t try sneaking those snacks into the premiere, Kurt.