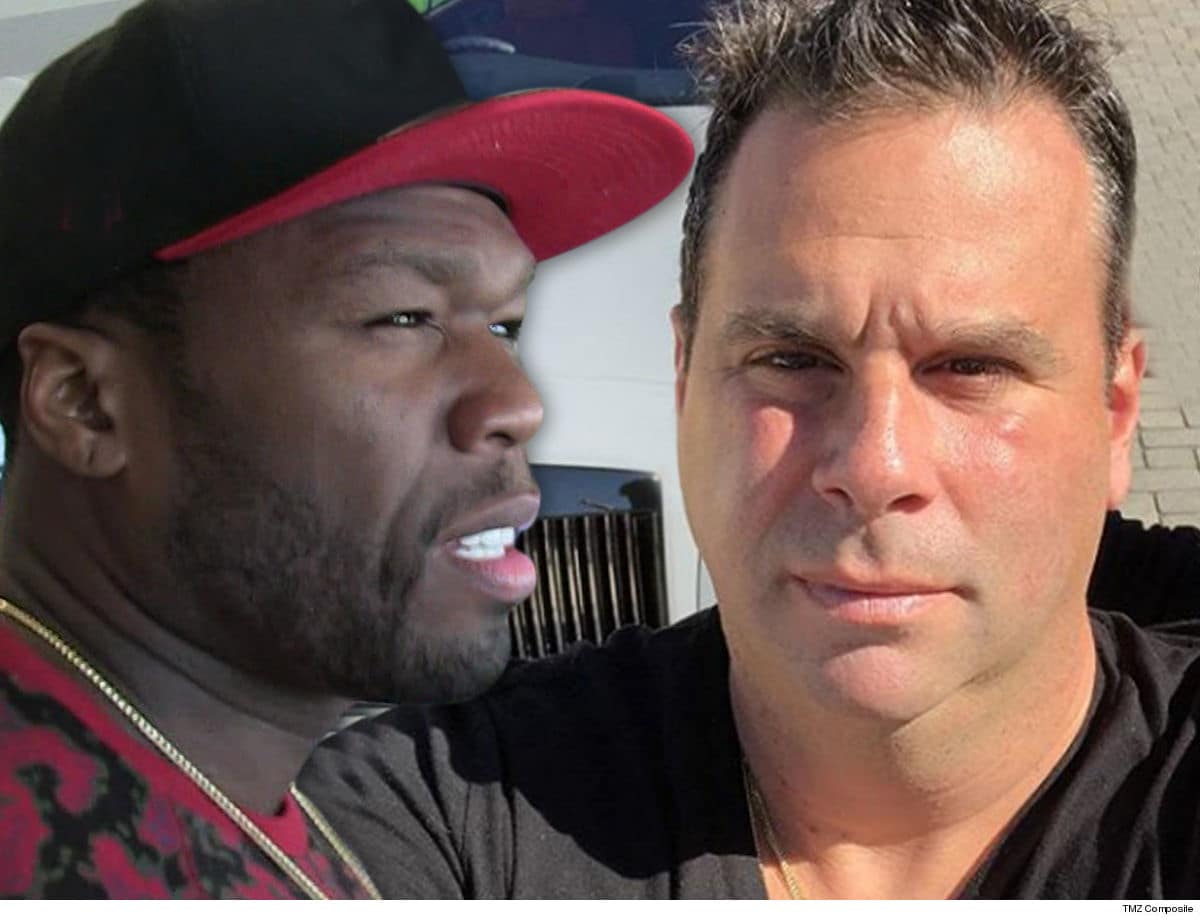 ‘Keep Playing … And Get Ya F’ing Head Cracked!’

50 Cent is going OFF on Hollywood producer and fiance of “Vanderpump Rules” star Lala Kent, Randall Emmett … threatening physical violence if he doesn’t pay him by Monday.

Fiddy fired things up on his Instagram Friday by mocking Lala over a ‘Vanderpump’ clip in which she admits Randall gifted her a Range Rover after the first time they had sex. 50 wrote … “10 seconds left in the 4 quarter hoe’s are Winning. Do you want A range rover, yes, bitch yassss. Then just run out and suck a d-–k. LOL smh.”

After Lala clapped back by making fun of 50 for claiming to be a thug but watching Bravo, the rapper decided to set his sights on Emmett … who he apparently has MAJOR beef with. 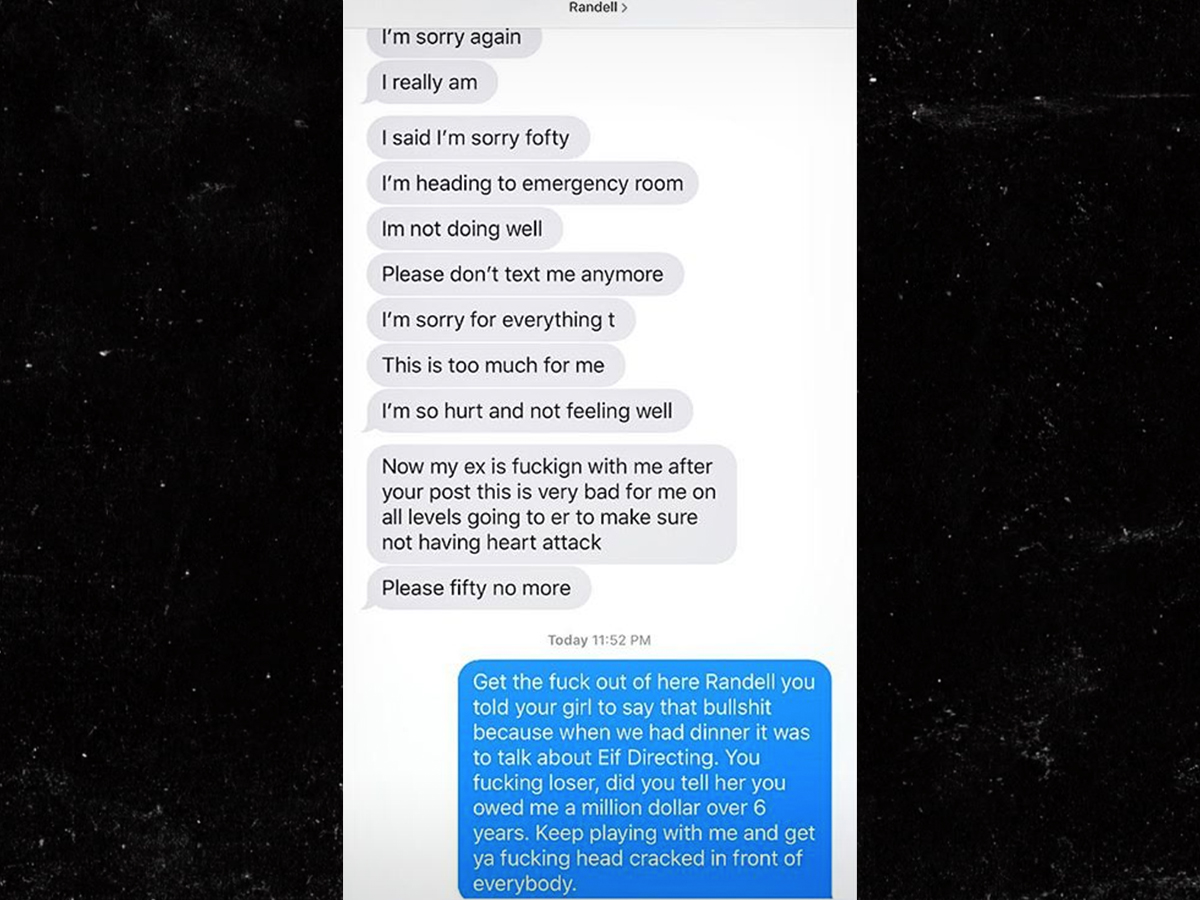 50 began posting screenshots of texts with Randall — a fellow executive producer on his show, “Power” — calling him a loser and asking him if he told Lala he owes him a million dollars.

Then 50 threatened to injure him, saying … “Keep playing with me and get ya f***ing head cracked in front of everybody.”

Emmett’s texts are apologetic and seemingly fearful. He even tells 50 he’s heading to the emergency room because it’s too much for him and he’s afraid he’s having a heart attack, and pleads … “Please fifty no more.”

50 claims Randall immediately sent him $250k of the million he says he owes him, but he wasn’t done with the threats. He posted again — after Emmett mentioned he asked 50 to be in his wedding — mocking him for even asking and reiterating he wants his money … even if he has to get the Range Rover back.

He also shared another text to Emmett saying, “You took my kindness for weakness now I’m show you what I been try not to do to you dumb motherf***ers.” He added, “The friend sh*t is over rated.” 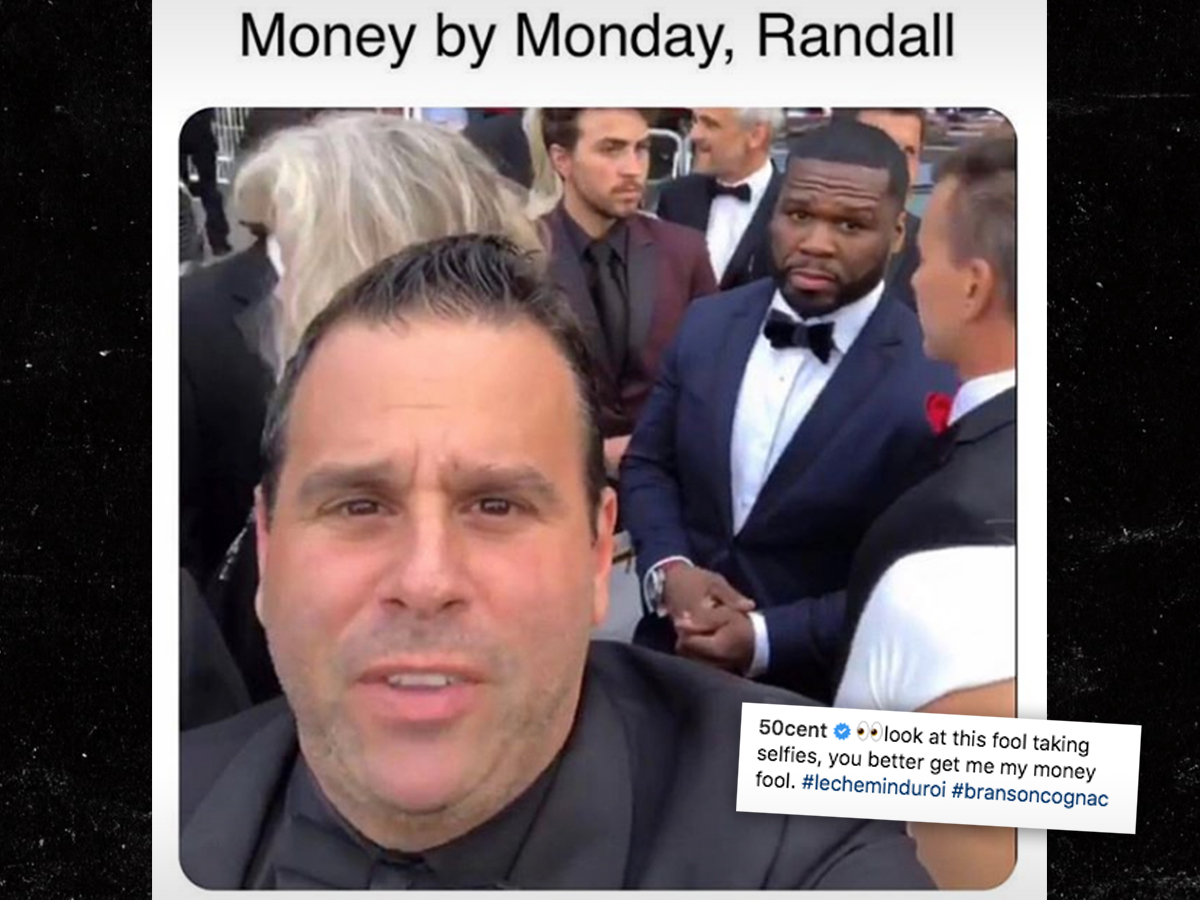