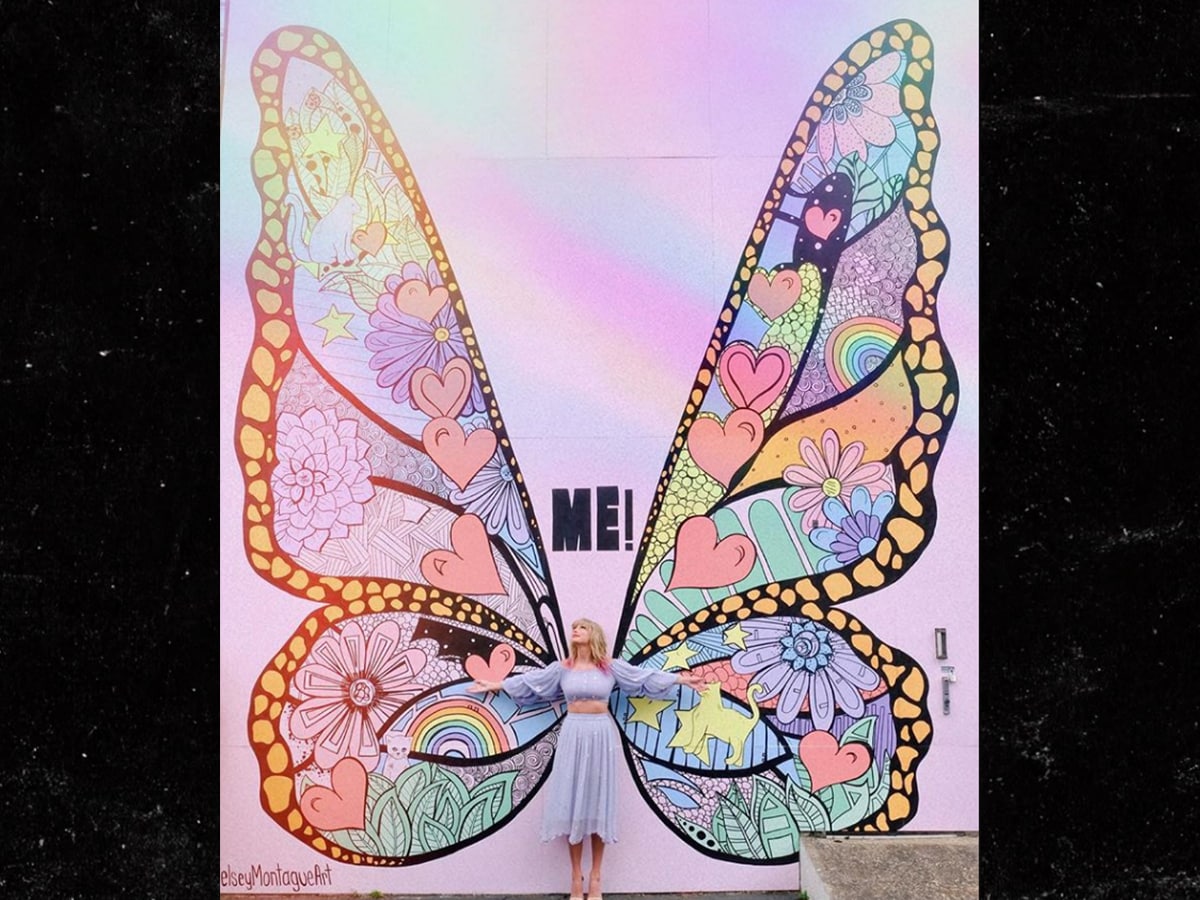 My New Single Is All About ‘ME!’

Taylor Swift is dropping her new single at midnight … and she says the new track is all about embracing your individuality, celebrating it and owning it.

After dropping tons of hints about her new song throughout the day Thursday, Taylor finally opened up about her new music in an interview with ABC’s Robin Roberts during the first round of the NFL Draft, which is going down in Nashville — Taylor’s hometown.

All eyes were on Taylor as she gave some background on the song … and it’s not just because she was wearing a bright, rainbow wrap dress. Any time Taylor drops new music it’s huge news, and she says her new song featuring Brendon Urie from Panic! At The Disco is going to get stuck in your head and make you feel better about yourself!!!

As you know … Taylor has been teasing a new musical era for months, and things kicked up a notch Thursday when she posed in front of a beautiful mural in Nashville, created by artist Kelsey Montague.

As you can see … the mural features 2 massive butterfly wings with the word “ME!” sandwiched between them. Taylor said the mural was filled with clues about her new single … and it turns out the title was in front of our faces the whole time!!!

We talked to the mural’s artist … and Kelsey tells us when she was first approached by ABC about making an interactive street mural, she was simply directed to create something featuring butterfly wings, hearts, stars, flowers and rainbows, and immediately felt inspired.

Kelsey tells us she was kept in the dark about what the project was ultimately for … but she still had a feeling it had something to do with Taylor.

Taylor’s star power was on full display … because on a night that’s about young men finally realizing their dream of playing in the NFL after years of busting their ass on a football field, she completely stole the show.