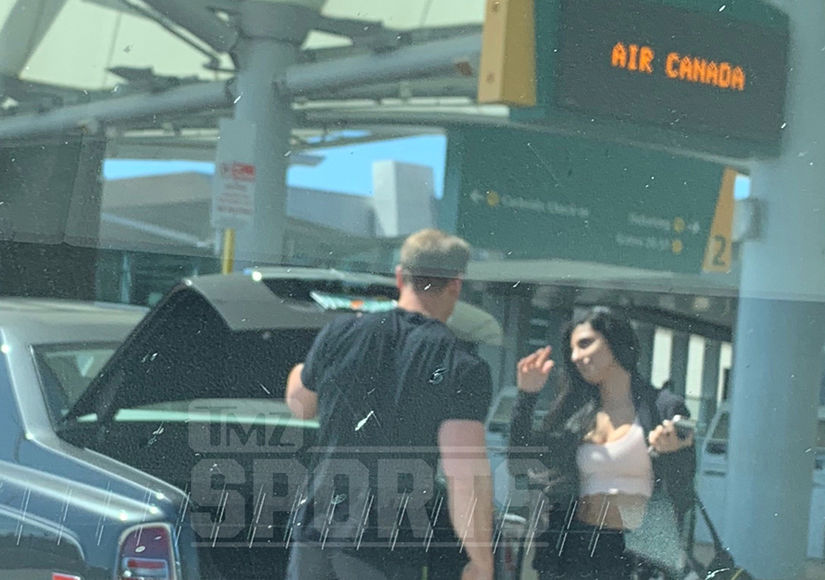 WWE superstar and actor John Cena seems to be getting serious with Shay Shariatzade!

On Wednesday, Cena was seen kissing Shariatzade at San Diego Airport just before she flew back to Canada, in photos obtained by TMZ.

John personally drove Shay to the airport in his Rolls Royce.

Earlier in the week, John and Shay were seen enjoying a romantic date at Tower23 Hotel’s restaurant. An eyewitness told E! News that the pair would “touch each other’s legs” as they sat side by side.

The two were spotted together for the first time last month, even holding hands during a date night in Vancouver.

Cena’s ex-fiancée Nikki Bella opened up on her reaction to the photos on “The Bellas Podcast,” saying, “When I saw the headline… my stomach went into knots. But then when I opened it up and saw the photo it was weird, I… you know when you get a text or you see a photo or you see your significant other flirt with someone or something, you know how you get those knots in your stomach that hurts? You either want to poop your pants immediately… or you just have the craziest tummy ache, right? So neither of that happened to me when I saw the photos.”

She added, “I’m very happy for him. As long as John is happy, I’m happy, but let me tell you, she breaks his heart, wow… I will Rack Attack her in a heartbeat. Still protective of that man.”

Nikki has moved on with “Dancing with the Stars” partner Artem Chigvintsev.