‘Next Time We Meet It’s On Site’

Antonio Brown is threatening Ryan Clark with violence if his former teammate doesn’t stop talking about him … telling the ex-Steelers DB, “next time we meet it’s on site ain’t gone spare u.”

Remember, Clark and AB have been going at it for months … ’cause Ryan — who’s now an ESPN analyst — was critical of the WR while his drama in Pittsburgh was all unfolding in the winter.

At the time, Ryan said Brown and the Steelers needed to part ways because of AB’s antics … and Antonio famously fired back, calling Clark an “Uncle Tom.”

Now, the beef has escalated … because after Ryan brought up Antonio’s name again on Twitter on Wednesday — Brown straight-up threatened him with violence. 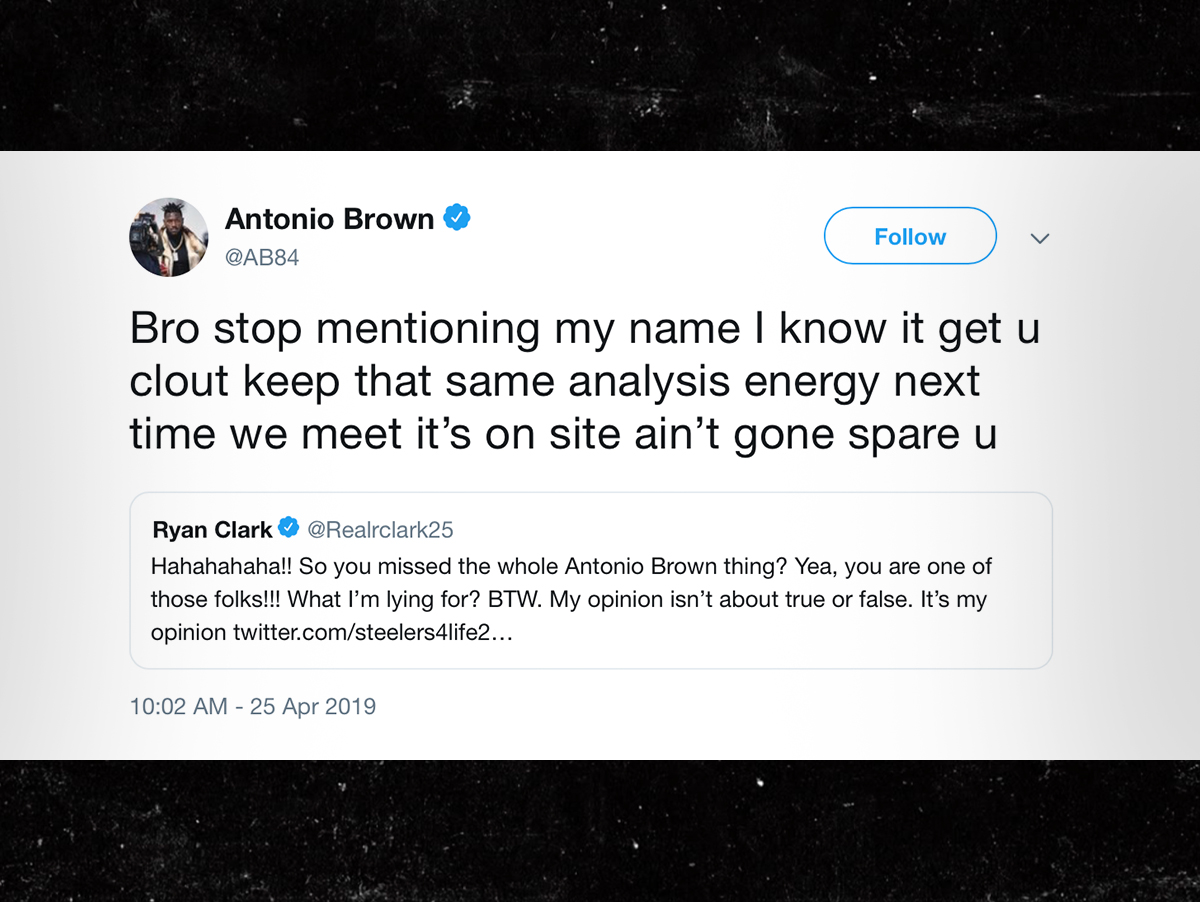 “Bro stop mentioning my name I know it get u clout keep that same analysis energy next time we meet it’s on site ain’t gone spare u.”

We might not have to wait long to see their reunion … the Raiders play on ESPN’s first “Monday Night Football” broadcast on Sept. 9 and Clark could be working the game!!!