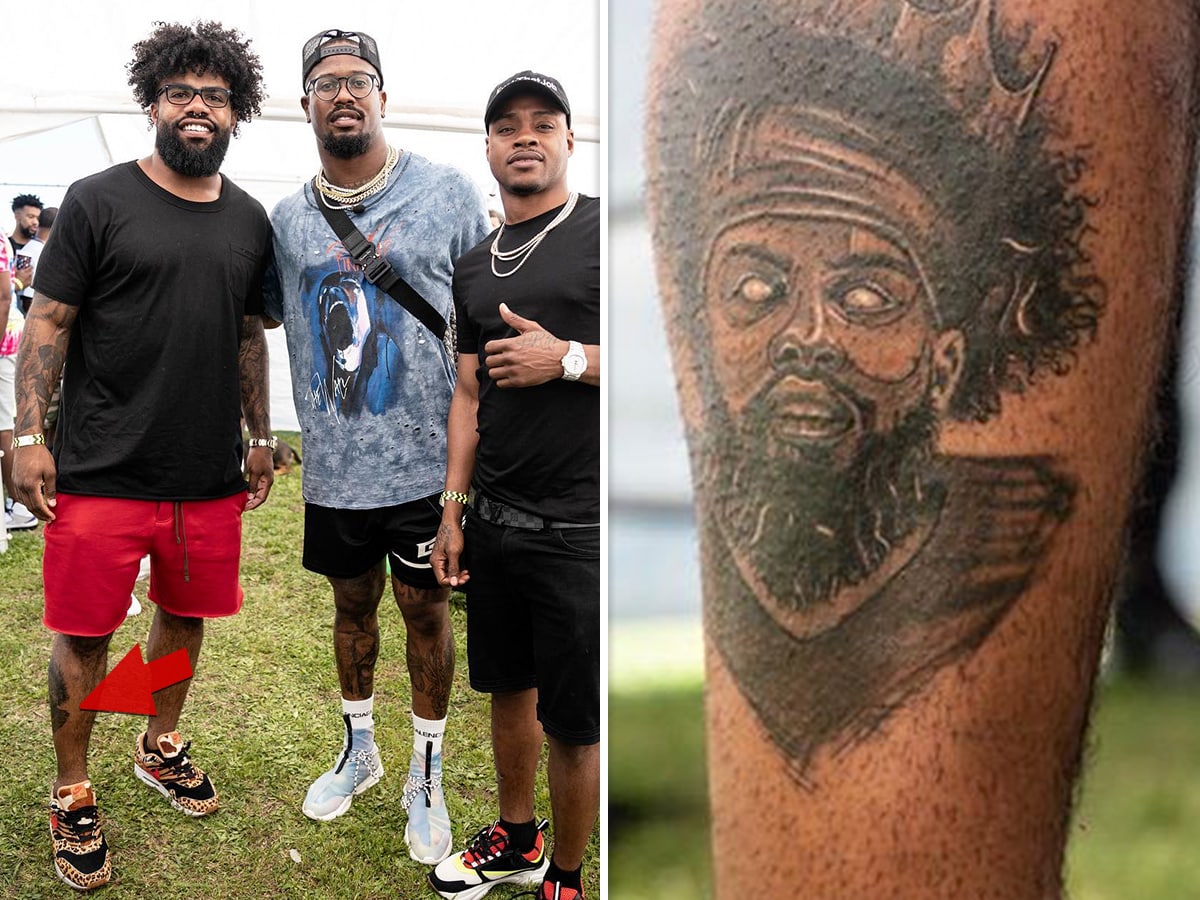 Zeke’s Self Tat Is Douchey But Funny

“I think that it’s perceived as kind of a douchey thing to do, but that’s why it’s funny!”

That’s Steve-O — the man who made getting tattoos of himself on himself famous — weighing in on Ezekiel Elliott‘s tat … and, spoiler alert, the guy LOVES what the running back did!

“Everybody’s favorite topic of conversation is themselves,” the former “Jackass” star tells TMZ Sports … “So why not just celebrate that?”

Remember, Steve-O once inked a GIANT pic of himself on his back … and in case ya forgot what it looked like, watch the clip — he showed us how it’s aged over the years.

So, when got him out in L.A. on Tuesday … we had to ask for his thoughts on the Dallas Cowboys superstar getting his mug etched into the side of his calf earlier this month.

No surprise here … Steve-O says he’s ALL FOR IT!!!

“You gotta have the ability to not take yourself to seriously. Poke a little fun at yourself. ‘I’m self centered, I enjoy myself,’ and I think that’s funny, you know?”

Steve-O does have one criticism of Zeke’s artwork … and you’ll wanna hear the way he’d spice up the RB’s piece!!