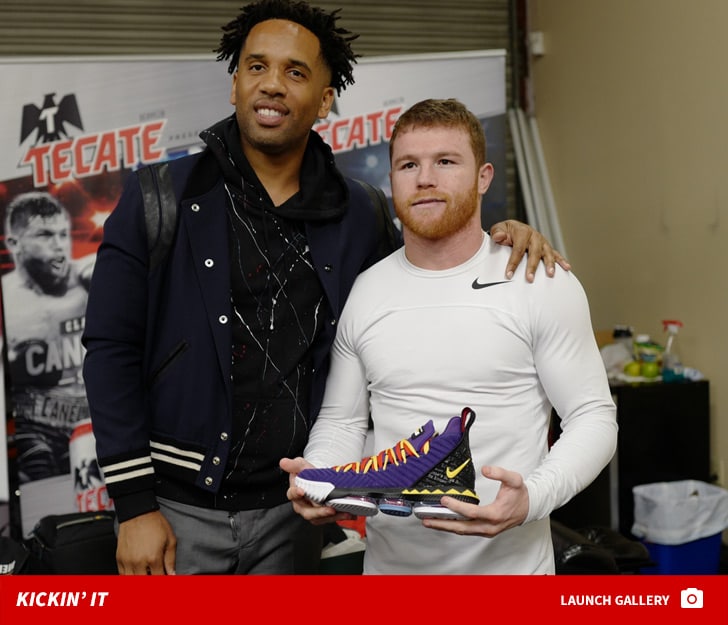 Canelo Alvarez has some BIG fans in his corner — LeBron James and Maverick Carter — and to show their support, they just hooked the boxer up with some SUPER HOT kicks!!!

LeBron’s business partner just took a trip to Canelo’s training camp in San Diego where Alvarez is gearing up to fight Daniel Jacobs on May 4.  And, you better believe he didn’t come empty-handed.

Carter presented Canelo with a pair of the new LeBron 16 “Martin” shoes — which have already become some of the most coveted shoes on the market.

“You like sneakers?” Carter asks … “These just came out. Very special.”

Canelo is stoked — and tells Carter to give his thanks to LeBron.

As we previously reported, Bron and Carter are producing a docuseries on the fight for DAZN called “40 Days” which premieres Tuesday night … and will show how Canelo is preparing for the bout.

The series also features Canelo’s promoter Oscar De La Hoya — but if he wants a pair of LeBrons, he’s gonna have to pay for ’em!!!