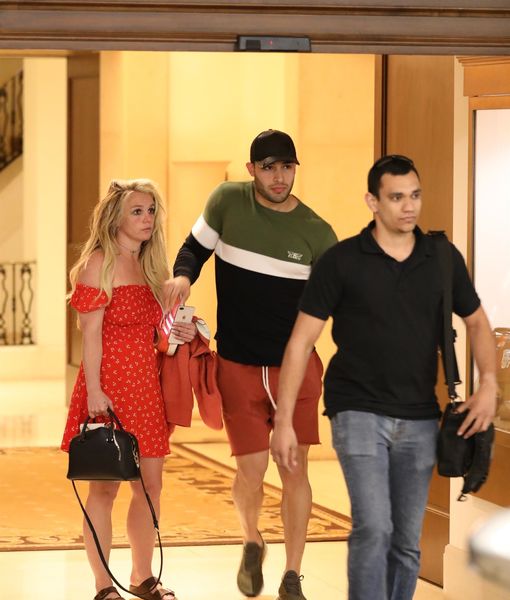 Singer Britney Spears has been spotted for the first time since she checked into a mental health facility earlier this month.

On Sunday, Spears emerged from the Montage hotel in Beverly Hills, accompanied by her boyfriend Sam Asghari, who protected her and guided her to the car as cameras were flashing.

Spears appeared to be in good spirits while spending a relaxing day at the upscale hotel.

TMZ recently reported that Britney was staying at the mental health facility for 30 days, but she may have made a special exception for Easter.

A source told the site that the 37-year-old voluntarily entered treatment because she was distraught over her dad’s health.

Spears’ father Jamie, who has undergone two surgeries on his intestines and colon, is suffering complications from the most recent procedure.

A source told People magazine, “The recovery is slow, but he is getting better. Everyone has been worried sick. His condition seemed so frail, but Jamie is strong.”

The insider claimed that Spears “was absolutely devastated and out-of-her-mind worried” when her father was hospitalized.

As for Spears’ well-being since seeking treatment, the source said, “The most important thing is that Britney is feeling better.”

When news broke that she was taking care of her mental health, Britney posted a quote on Instagram, which read, “Fall in love with taking care of yourself, mind, body, spirit.” She captioned the post, “We all need to take time for a little ‘me time.’ :).”

Sam reposted the message, adding, “It isn’t weakness, It’s a sign of absolute strength, people should only be inspired by this, at least I am ♥️ #stronger.”