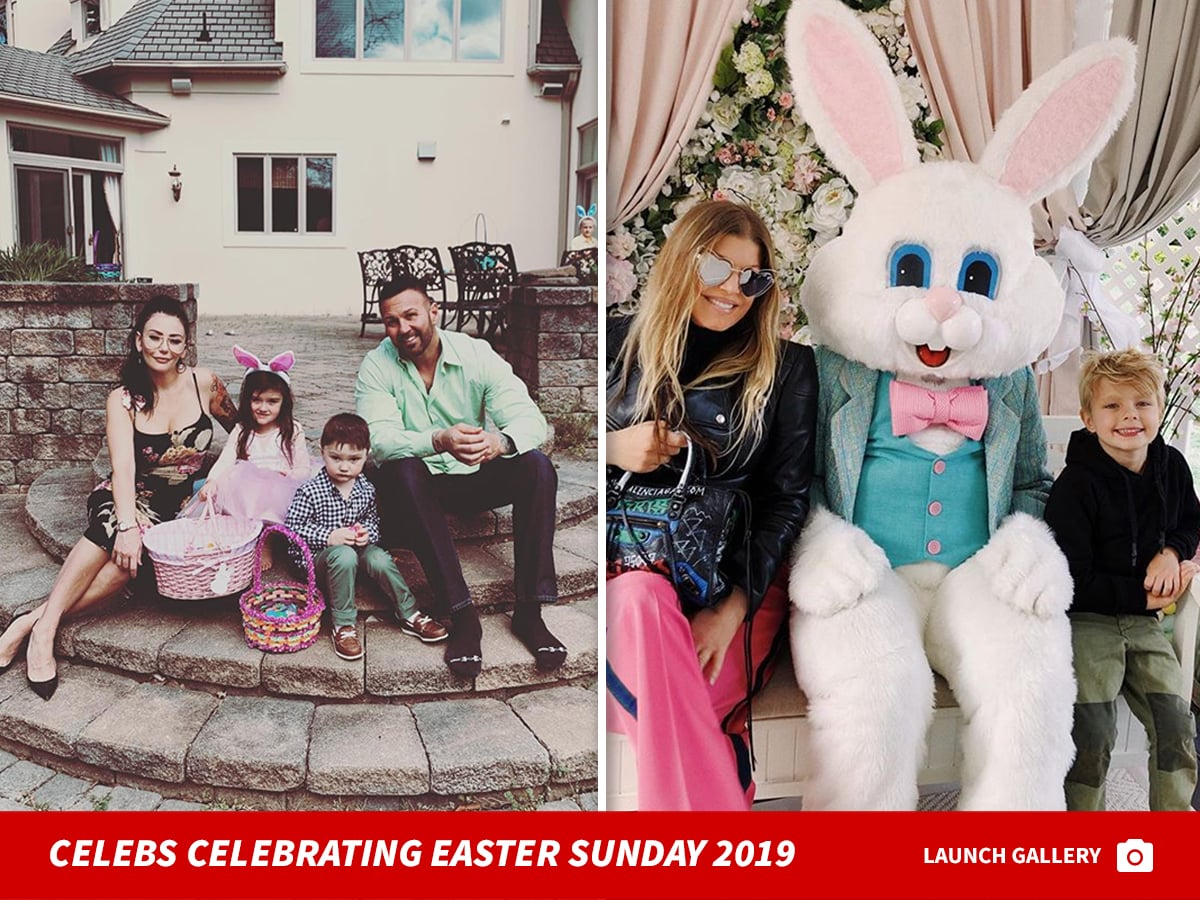 Kanye West isn’t the only guy putting on an Easter Sunday show … and John Legend‘s giving him a run for his money.

Chrissy Teigen just shared some very amusing videos of her husband getting in an Easter Bunny costume … then hopping and running around in the yard.

John’s presumably doing it to surprise their children, Luna and Miles, but Chrissy’s clearly enjoying the bunny shenanigans too.

Several other celebs are in the Easter spirit Sunday, too. Gabrielle Union posted a vid of Dwyane Wade dancing with their girl, Kaavia James, for a special daddy-daughter Easter dance.

As we reported … the other major Easter performance went down in the California desert, as Kanye held a Sunday Service featuring a choir, orchestra and several guest stars.

Didn’t see anyone in a bunny costume, though.