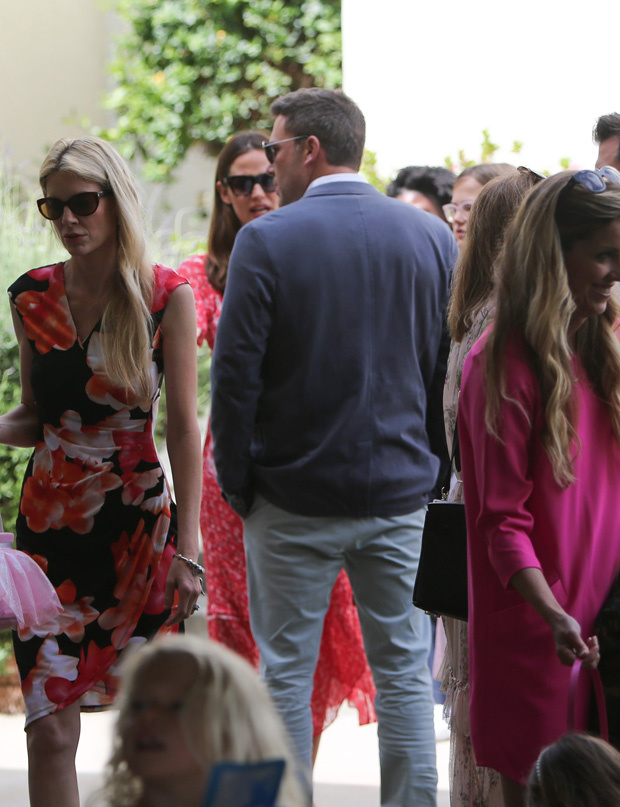 While attending their Easter celebration, Jennifer Garner wore a red floral dress as Ben Affleck suited it up!

Happy Easter, everyone! While so many celebs have posted pictures of themselves dressed in their Sunday finest, Ben Affleck, 46, and Jennifer Garner, 47, attended an Easter service with their kids, including Violet Affleck. While Garner wore a red floral dress, Ben wore a blue suit and Violet donned a white gown. See more photos of their outing together below.

We reported earlier how Ben and his recent ex Lindsay Shookus split again because their schedules didn’t align. “She has a kid and an ex-husband and a job in New York and Ben has his family and a job in L.A. and while they love and respect each other they just realized it wasn’t going to work,” a source close to Affleck told People. “They really gave it another solid try.” But despite their split, “They will always have love for each other.”

Ben and Jen have seemingly put aside their differences and have been focused on co-parenting positively. In addition to being seen out and about with his kids frequently in the last few months, Ben recently told Ellen DeGeneres, 61, about his experience coaching his son Samuel‘s team. “I’m a coach on the Little League team. It’s going great,” Ben said. “He’s awesome. It’s a lot of fun, the kids are great kids. I do have to wear a [Los Angeles] Dodgers hat because that is the team.”

“But you know, it’s one of those things you love it so much,” he added.