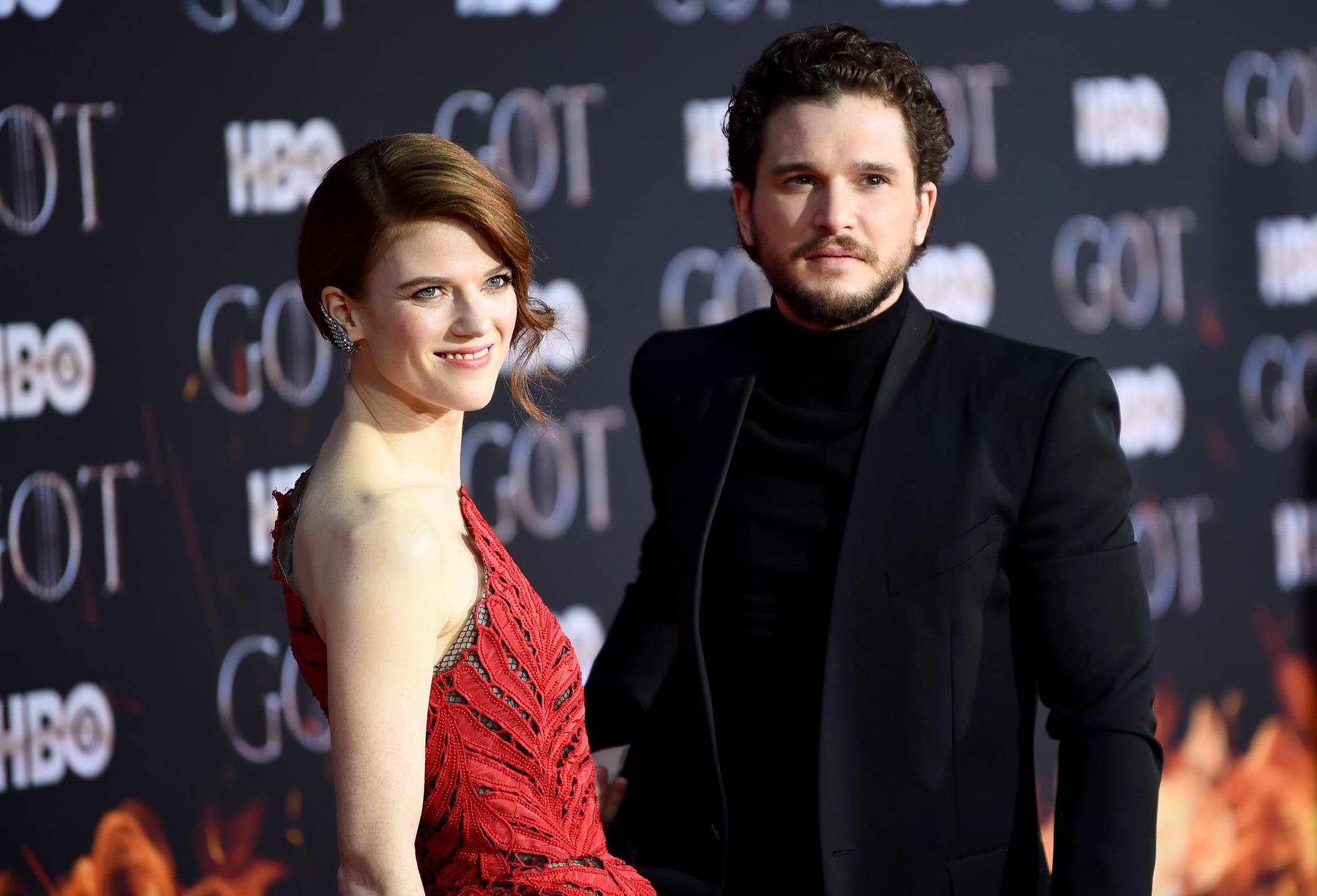 Kit Harington might not be what you’d call “statuesque,” but it doesn’t make him any less hot. While there has been some debate about the Game of Thrones star’s actual height, both Google and IMDB list the 32-year-old as being 5′ 8″.

So, OK. Kit may not be the tall drink of water that some of his costars happen to be. But thanks to a sexy accent, sultry stare, and gorgeous set of curls, we barely even notice.

Someone who has noticed, however? Daenerys Targaryen, aka his love interest in the HBO fantasy series. The powerful character, played by British actress Emilia Clarke, happens to crack a joke about the height of Harington’s Jon Snow in season eight’s second episode, “A Knight of the Seven Kingdoms.” When she and Jon’s sister, Sansa Stark (Sophie Turner), are discussing what they’ve given up for the men in their lives, Dany remarks that she used to be with “someone taller.” Not even Sansa can help giggling about that.

So, while Kit and Jon Snow are both a bit shorter than Khal Drogo, we can confidently say that we’re still very much jealous of Rose Leslie.