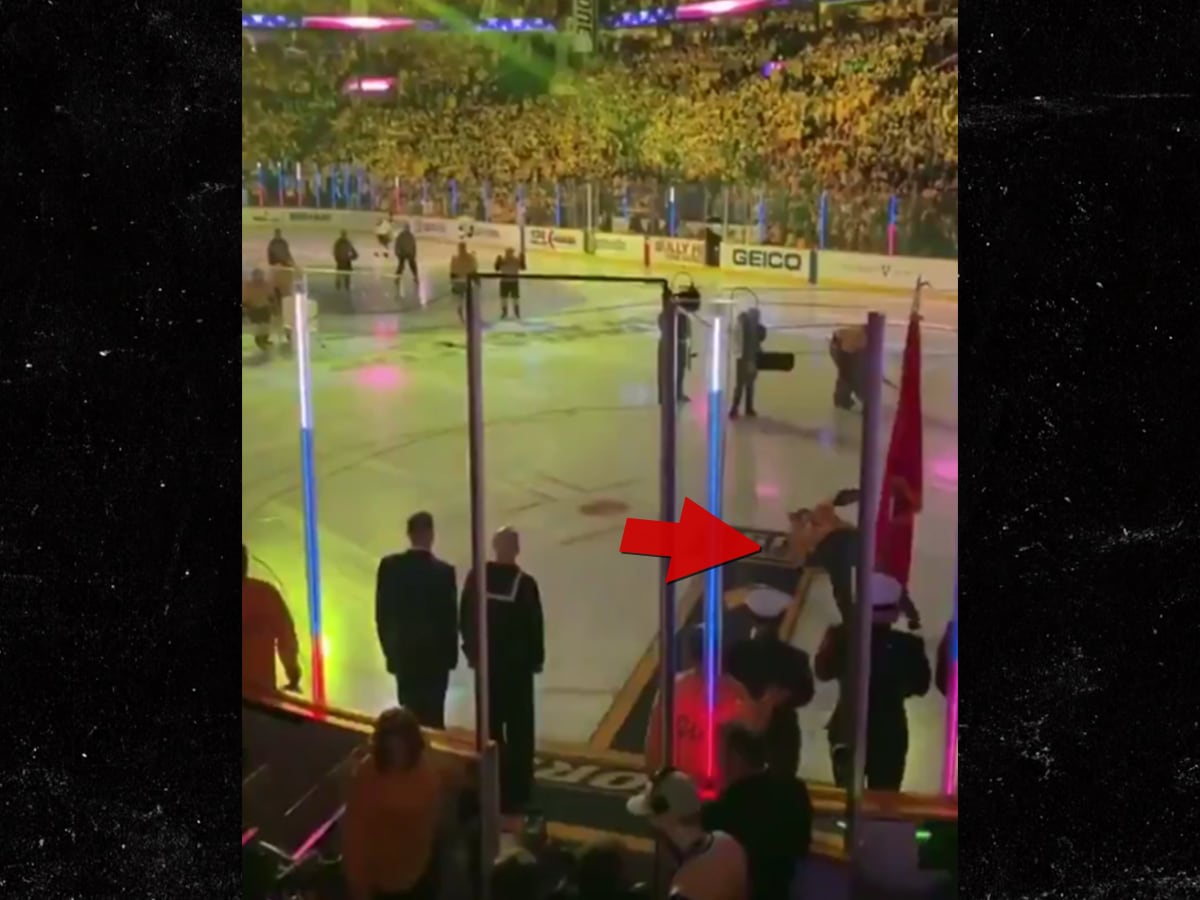 The “I Don’t Want To Be” hitmaker hit up Bridgestone Arena in Nashville Saturday for Game 5 of the Stanley Cup Playoffs between the Stars and Predators. He was there to sing the “National Anthem” and absolutely KILLED. But as he was hyping up the crowd … he took one step too many backward and BAM!!!

It ain’t pretty … Gavin’s face met the ice and it looked like it was a hard collision. Tough break for the local kid. He not only lives in Nashville but he also owns the very popular joint “Nashville Underground” … a massive 4-level joint and bar just blocks away from the arena and on the famous Honky Tonk Highway.

Naturally, the joint specializes in Nashville hot chicken … but they also serve steak. Hear that, Gavin? Introduce some raw steak on that pretty face.