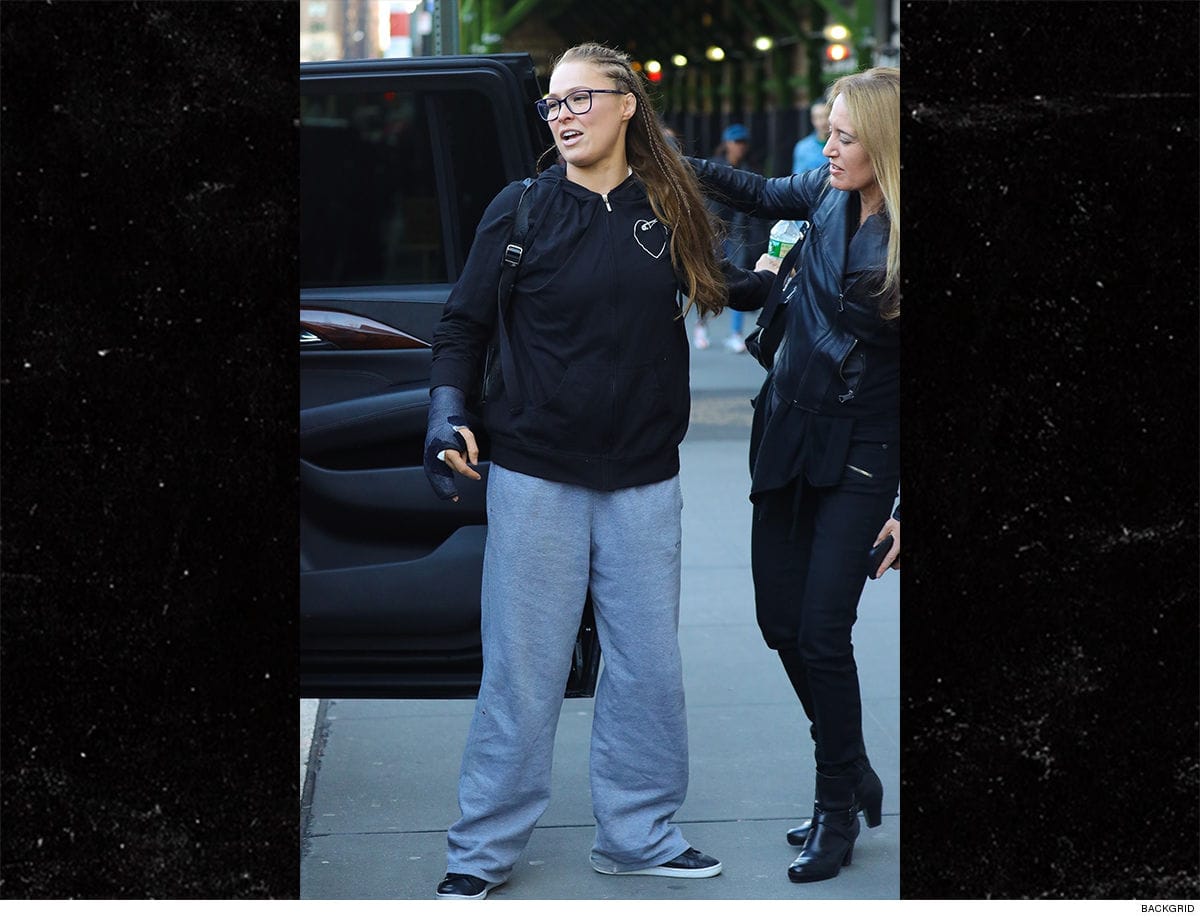 After Reportedly Breaking Hand at Wrestlemania

Ronda Rousey was sporting a brand new accessory in New York on Wednesday — a full cast one her right hand … essentially confirming reports she broke it during Wrestlemania 35.

The former UFC star was trying to cover up the black cast as she walked into a taping of “The Late Show with Stephen Colbert” … but you couldn’t miss it. 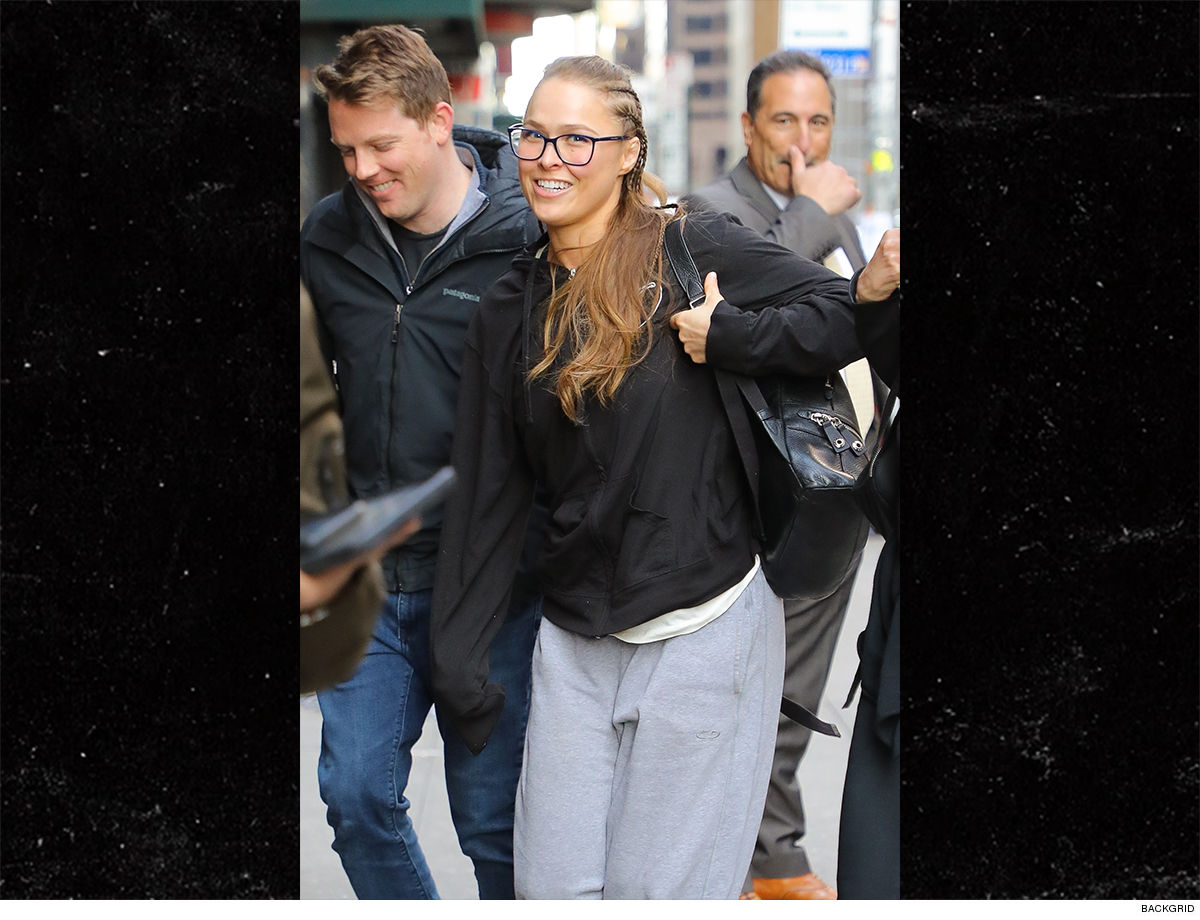 The 32-year-old’s hand was “severely broken” in the April 7th match with Becky Lynch and Charlotte Flair,” according to Dave Meltzer … and there are reports she underwent surgery on Tuesday.

Unclear if the alleged injury will delay Ronda’s return to the WWE ring — considering she’s taking an indefinite hiatus from the organization to work on starting her family, according to ESPN.

In fact. Rousey posted a photo on Monday with her husband Travis Browne saying the two were on an “impregnation vacation.”

Seems the “vacation” part is over …

Ronda has been a SUPERSTAR since joining the WWE back in 2018 — holding the “Raw” womens championship … until she lost to Becky Lynch in a Triple Threat match at Wrestlemania.

Ronda has vowed to get her title back. The question now — when?