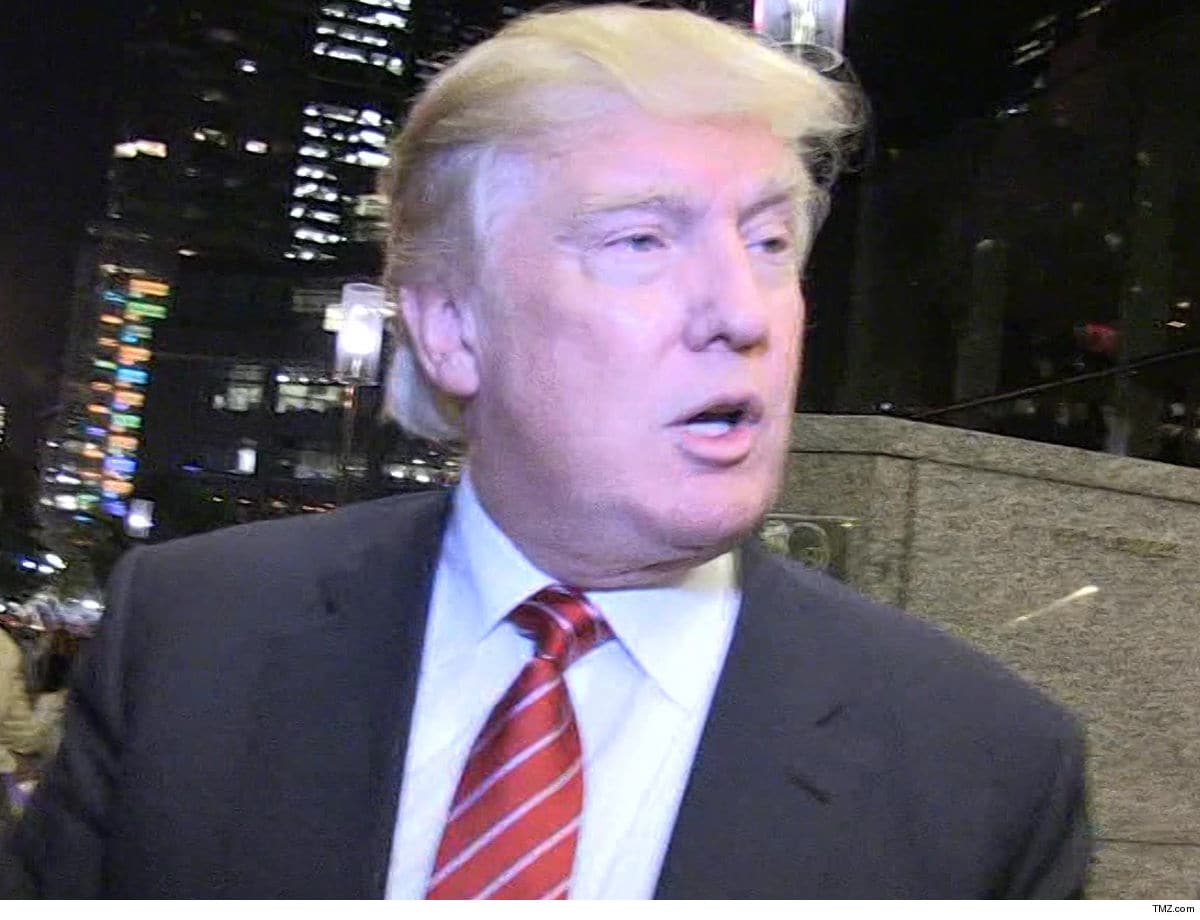 Seizing The Moment After Mueller

Let’s Raise $1 Million For My Campaign!!!

President Trump ﻿is looking to cash in on the Mueller Report … because he’s asking his supporters to buck up for his re-election campaign and send a HUGE message to his haters.

Trump’s campaign sent an email Thursday to subscribers, hours after the Prez declared victory and total vindication over the Mueller Report, asking them to help raise a million bucks in 24 hours. 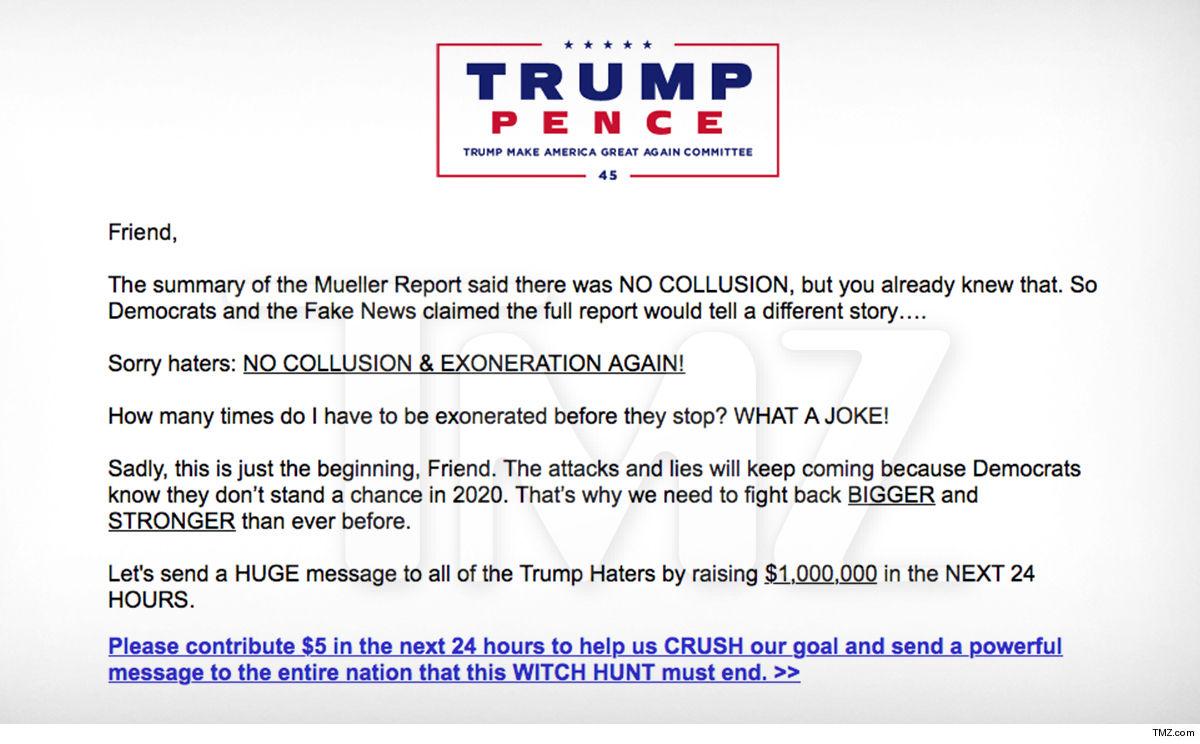 Trump’s campaign is taking tons of swipes at the Democrats and “Fake News” media … asking how many times must he be exonerated before the attacks stop.

We’re guessing Trump’s campaign staffers didn’t read the Mueller Report, because Mueller said he could not exonerate the Prez.

POTUS declared “Game Over” moments after Attorney General William Barr ﻿held a news conference saying Mueller found nothing on Trump … but his campaign says this is just the beginning.

One message is absolutely clear … Trump’s campaign wants your money!!!