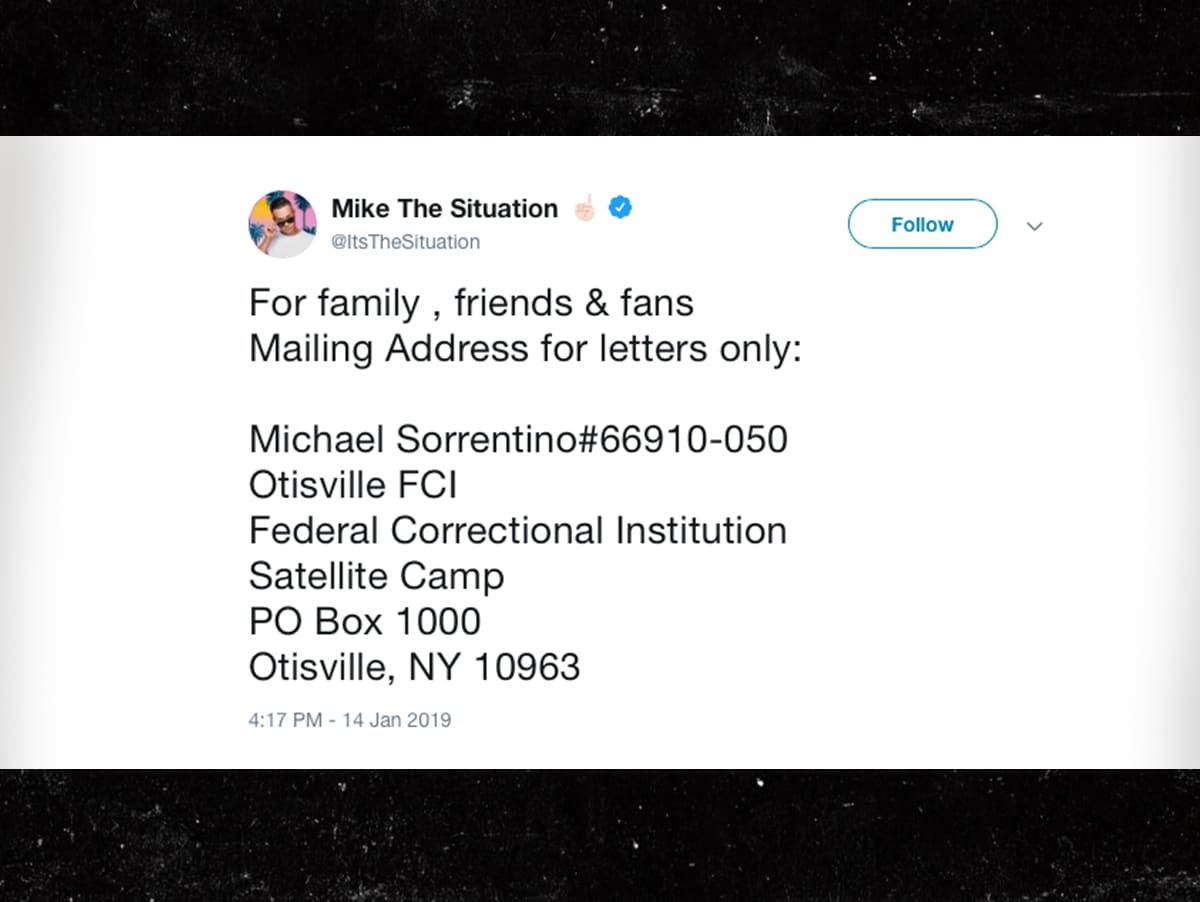 I’m About To Visit Mike In Prison …

Pauly D says Mike “The Situation” Sorrentino is holding up well behind bars … and he’s about to check up on the Sitch in person for a mini “Jersey Shore” reunion.

We got Pauly D heading into NBC Studios in NYC, and he gave us a super positive update on his buddy’s prison stint. Sounds like Mike’s making the most of his situation, all things considered.

Pauly D knows what’s up, he says they communicate all the time — and you can do the same, because Mike’s an avid reader who loves getting fan mail.

Pauly says the best way for fans to show their support is by busting out a pen and paper and showing some love to Mike in prison.

Of course, there’s nothing like a face-to-face meeting, and Pauly says his is going down soon.

Sitch is 3 months into his 8-month sentence for tax evasion, and he’s got plenty of good things waiting for him on the outside … but while he’s inside, ya gotta imagine he’s getting jacked, and Pauly thinks he’s gonna come out rocking abs like you’ve never seen before!!!