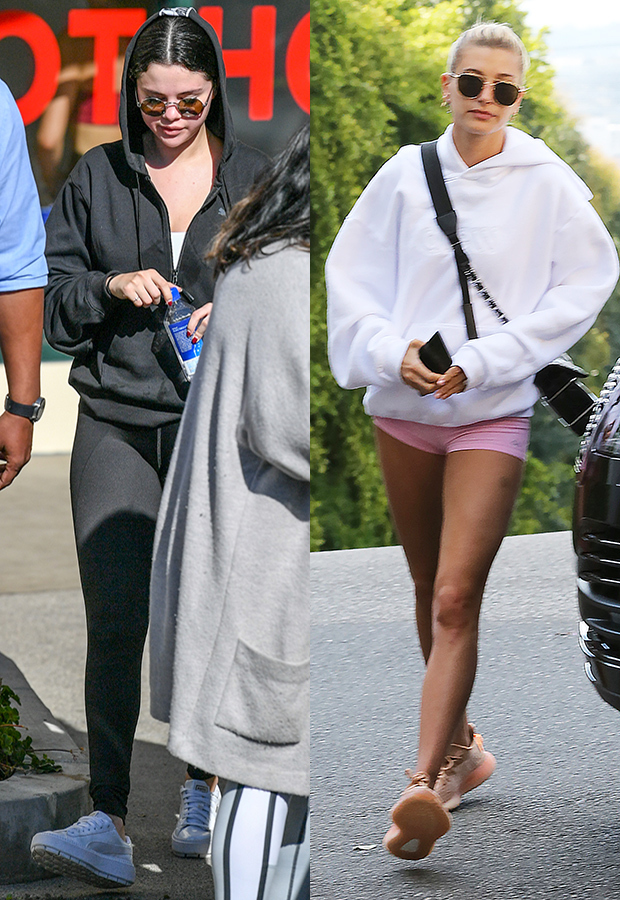 Since Hailey Baldwin is married to Justin Bieber, who’s Selena Gomez’s ex, taking a workout class together would be super awkward! HollywoodLife learned EXCLUSIVELY how that hasn’t happened yet, and likely won’t in the future, either.

Selena Gomez, 26, and Hailey Baldwin, 22, have the same taste in men, and the same taste in workout studios! Both Sel and Hailey attend Hot Pilates in West Hollywood to get their workout on, but an insider at the studio EXCLUSIVELY told HollywoodLife that there’s no way the two could be in the same class! Our insider explained, “Selena always does private sessions, so there’s no way her and Hailey would ever end up in the same class. So far they’ve never even been at the studio at the same time. They’ve come in a day or two apart, but never at the same time, that would be super awkward.”

Sel chooses the more luxurious private class option, which ranges from $125 to $300 an hour for the 95-degree pilates class. The group classes are $32 per session, and include 55 minutes of resistance bands, light weights, and classic pilates floor sequences. Hot Pilates studio plays pop and EDM music during the classes.

A source close to the “Taki Taki” singer had previously told HollywoodLife that Sel hitting up Hot Pilates is part of her self-care routine. “Being in L.A. has been overwhelming for Selena at times in the past but, for now at least, she’s happy spending time there and getting back into some of her old routines like hiking in the hills and hitting up her favorite pilates studio,” our source revealed. “Selena’s friend owns the studio so she feels very comfortable and safe there. And it’s an amazing workout.”

Selena has attended the studio for years, and even used to go with her ex-boyfriend and Hailey’s current husband Justin Bieber, 25! Hailey has also been a fan of the Hot Pilates studio for some time, as well. We’re glad that Sel and Hailey haven’t been forced to face each other awkwardly during their workouts, and they can just focus on feeling good in class.