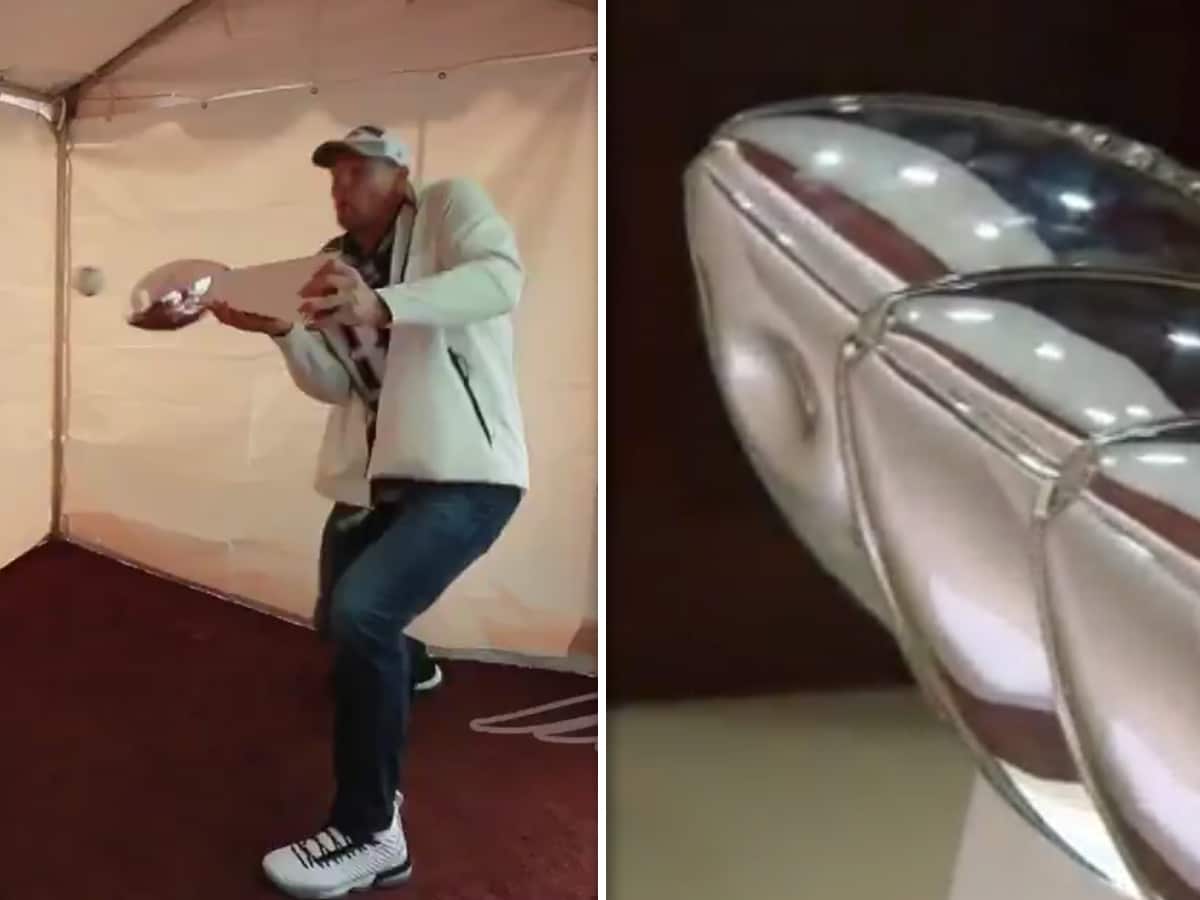 … Using it as a Baseball Bat

If this isn’t the most Gronk story to date …

Rob Gronkowski made sure to leave his mark on the Patriots before retiring from the NFL … putting a HUGE dent in their 6th Lombardi trophy while trying to use it as a baseball bat.

Yes … Gronk used a freakin’ Super Bowl trophy to try to hit a baseball because … we don’t know why he would do this, actually.

It all went down when the Patriots were honored at Fenway Park before a Red Sox game earlier this month … when players like Gronk and Julian Edelman were having some fun and *pretending* to hit baseballs while using the trophy as a bat.

Gronk must’ve missed the memo about PRETENDING … ’cause the dude switched up his batting stance to bunt the ball … and he made contact.

.@RobGronkowski left a mark on this organization.

And on the sixth Lombardi. pic.twitter.com/t5IVTyCXcA

The bunt resulted in a massive dent in ol’ Vinny … and the Patriots hilariously released a mini-mockumentary to give the play-by-play of the whole thing.

No word if the Patriots will repair the trophy — though we hope they don’t … it’s better this way!!!