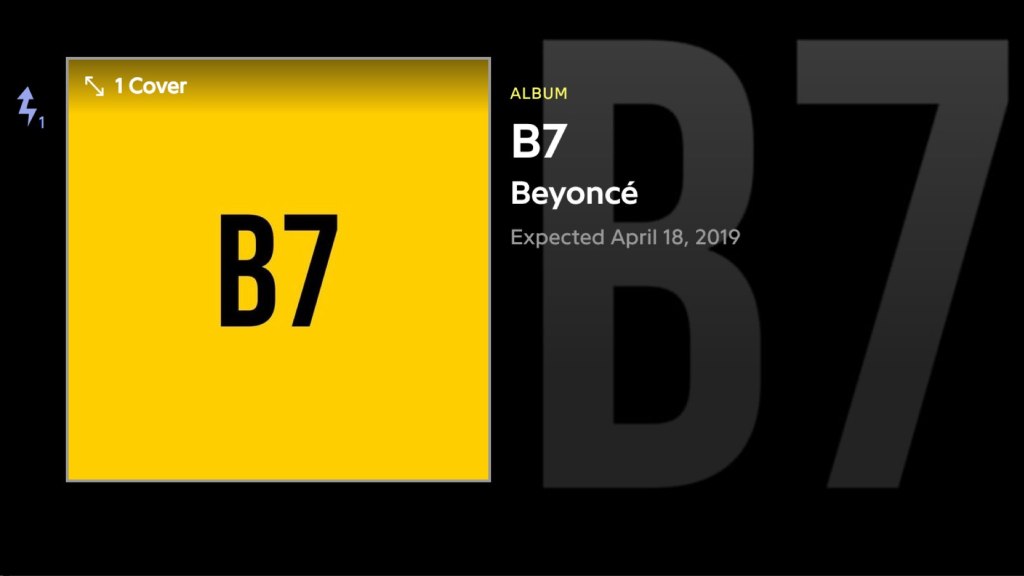 Beyoncé is taking spring 2019 by storm. She is our queen, our real-life Daenerys Stormborn. (TBH—Bey would take the throne and we all know it.) Her Homecoming Netflix documentary debuted on Wednesday, and now people are talking new music. A Beyoncé new album title and release date leak has surfaced online just ahead of her killer documentary about her Coachella 2018 performance. The clue came after Genius, a lyrics website, posted an album titled “B7” listed under Beyoncé’s name. It also said that April 18 would be the expected release date. What what? This is a lot of information coming at us at once.

So let’s dissect. Basically an album titled “B7” was listed on Genius’s website under Beyoncé’s name. SO. Does she have new music coming out? Possibly. April 18 was supposedly the release date listed by Genius, but the album has since been removed from the website, so there’s no further digging to be done. We do have a screenshot from Genius, though, which gives us a bit of insight.

And look—this is all speculation. There’s no tangible proof that Bey is releasing new music but we can hope, dream and pray, right? She is known for surprising fans, so it’s not entirely out of the realm of possibility. Beyoncé surprised us with a Destiny’s Child reunion last year, which nearly sent fans into anaphylactic shock. And this Homecoming documentary was dropped pretty last minute too. She’s not really one for building too much anticipation. Here’s the screen grab “B7” on Genius.

What do we think, people? Is the Queen going to bless us with new music? Fingers and toes are crossed.