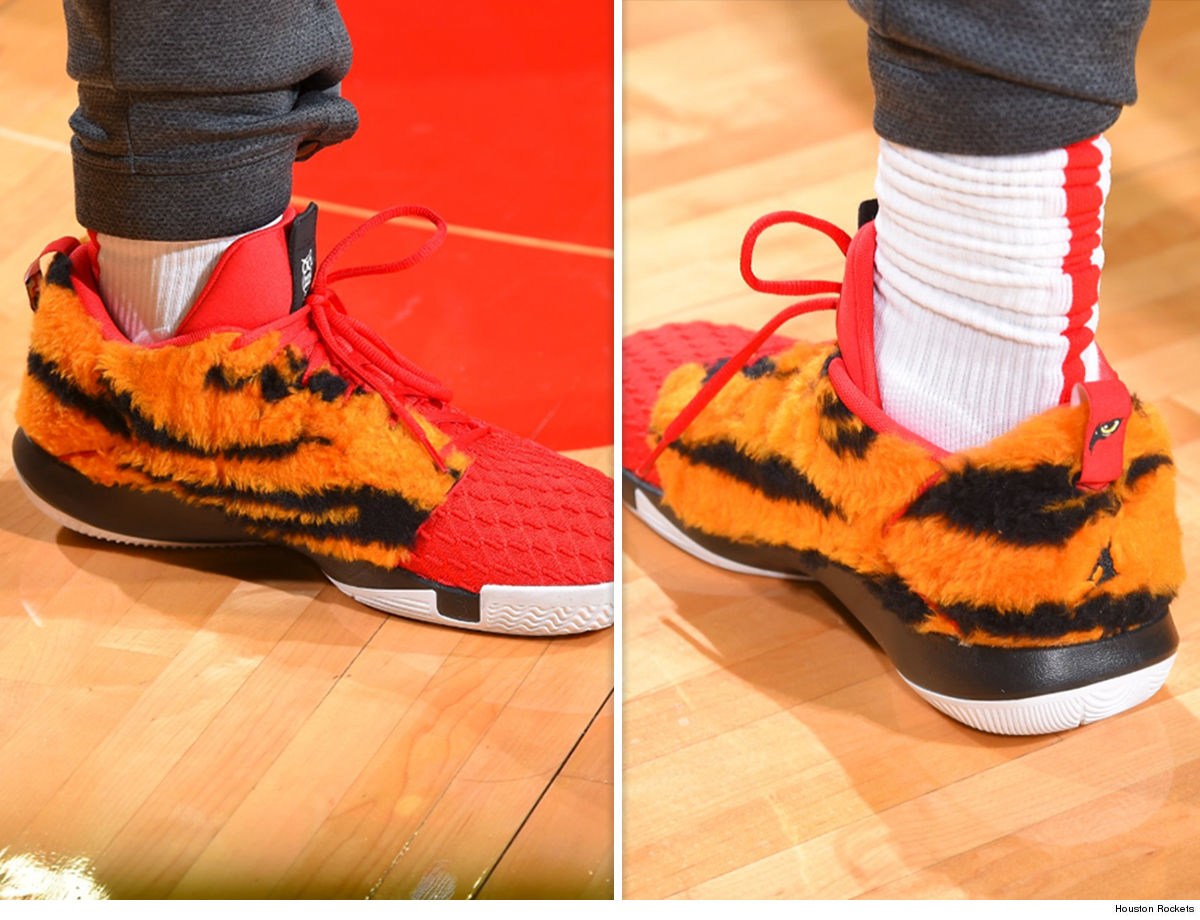 This is pretty cool … Chris Paul was so proud of his pal Tiger Woods for winning the Masters on Sunday, he honored his friend with a pair of custom Tiger-themed kicks!!

Chris and the Houston Rockets took on the Utah Jazz after Tiger’s comeback — so, Paul decided to make a few alterations to his red CP3.12s to pay homage to the golfer.

BTW, Chris and Tiger have been friends for years — with Chris previously crediting Woods with getting him into golf in the first place.

They’ve been spotted on various courses together several times in the past.

Unclear who actually crafted the custom Tiger shoes. We’re looking into it.