Meagan Good is living her best life — and it’s been captured for the cover of Lapalme’s spring issue!

Just 37, she’s been in show business for over 30 years, telling interviewer Merle Ginsberg she got her start at 4 as an extra on “Doogie Howser, M.D.” She recalled, “I was so happy to be there, to be on set, to stand next to the principle and have one line. Then two lines. Then three. It’s been a great journey.”

Meagan, who was shot on location at the Four Seasons Westlake Village in California, is looking forward to the next step on that journey, starring in the upcoming thriller “THe Intruder.”

She’s become known for her work in suspensful fare, including “Saw V” (2008) and “The Unborn” (2009), and it’s no accident. “I wanted to be Jamie Lee Curtis in ‘Halloween’ growing up,” she told Lapalme. “People say it’s not really acting, but believe me, you have to go to an emotional place that’s not normal.” 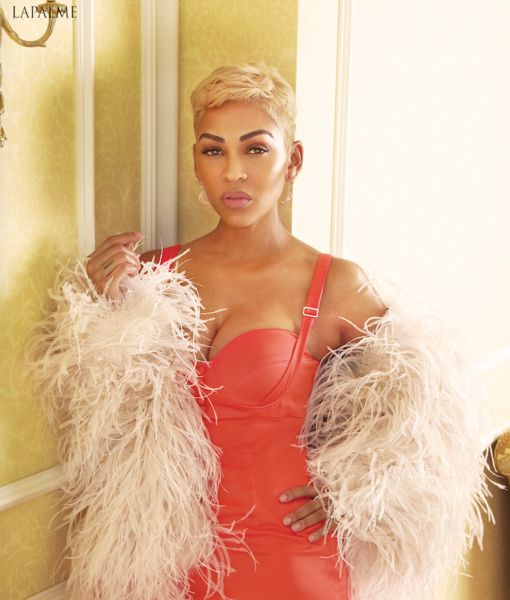 Lapalme Creative Director Derek Warburton says of working with Meagan, “The teen queen turned scream queen turned the all-American Dream, Meagan Good is an example that anyone who has faith, a good work ethic, and drive can make it in entertainment. Her faith is her guide and her career is a family business.”