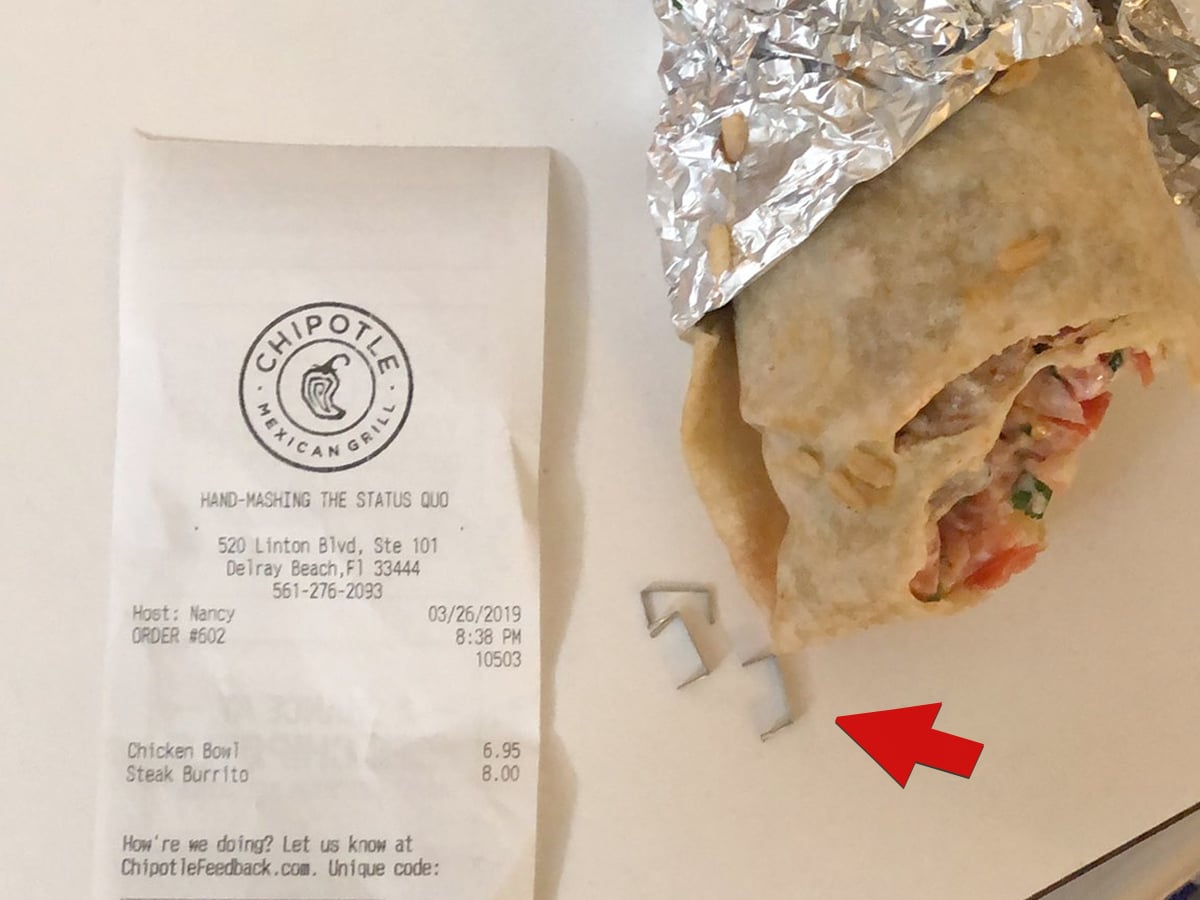 In His Chipotle Burrito

You know what goes horribly with a steak burrito … STAPLES!!!

But, that’s exactly what MMA announcer Jimmy Smith claims he found in his food on Tuesday when he took a bite out of a burrito he bought at a Chipotle in Delray Beach, Florida.

“I took one bite and it was something hard in there and I pulled it out of my tooth and it was 14 staples,” Smith says … “A brick of staples!”

Smith — who’s called fights for the UFC and Bellator — says he called the restaurant and “freaked out” on the manager … because he realizes how DANGEROUS swallowing a staple could be.

Smith also says he’s LUCKY he didn’t ingest the office supplies because he eats like a wild animal — usually tearing through his food as fast as he can.

Fortunately for Smith — and Chipotle — Smith says it does not appear he injured his tooth or his mouth … or suffered any other injuries from the fully loaded burrito.

Smith says the situation was escalated to Chipotle’s corporate offices — and he has already been contacted by a rep looking to make things right.

Smith says he’s not looking for free food or money and does NOT plan on filing a lawsuit — he just wants the problem corrected so nobody else chows down on 14 STAPLES!!!

“This can’t happen to someone else.”

We reached out to the restaurant and Chipotle’s corporate office for comment — so far, no word back from either.