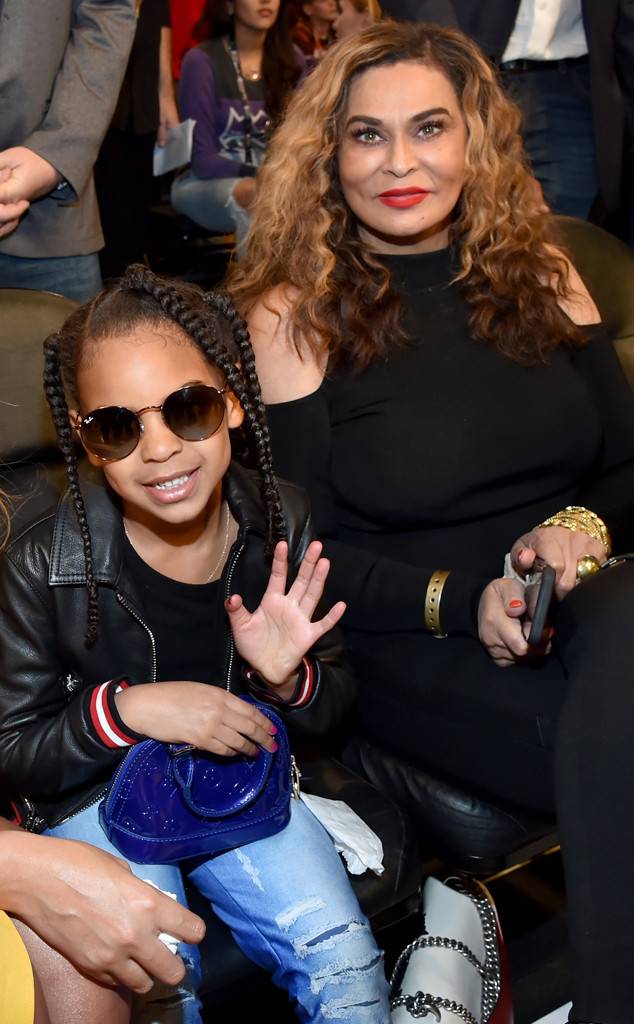 Beyoncé and Jay-Zs 7-year-old daughter gave her grandmother, Tina Knowles Lawson, a small chuckle on Sunday by telling her a “corny” joke. Queen B’s mom shared a video of the little lady’s comedic routine on Instagram.

While Blue Ivy remained hidden behind the camera, fans caught a glimpse of the young star as she gave a small wave.

“Hey! So, how many petals—I mean, how many lips does a flower have?” The Carters’ firstborn asked the audience.

“Well, how many?” Tina replied.

“Two lips,” Blue Ivy replied. “You get it? There’s a kind of flower that’s called a tulip.”

“I got it. I got it,” the proud grandmother told her, letting out a little laugh.

Watch the video to see the funny act.

While this wasn’t the first time Tina had shared a “corny joke time” video on Instagram, Blue Ivy certainly made this one extra special.