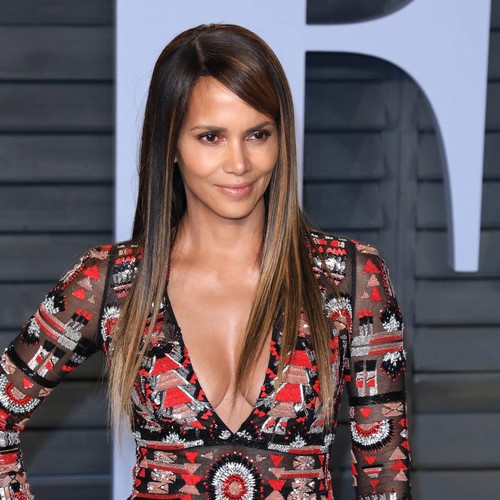 Black Panther’s Oscar-winning costume designer Ruth E. Carter kicked off the new #WomenDancingTogether challenge on Wednesday (20Mar19), when she posted an Instagram video of herself miming dramatically to Beyonce’s song Run the World (Girls), using her Academy Award as her microphone.

“Ladies! Let’s have some fun for the rest of #WomensHistoryMonth and show the world when women unite anything is possible,” she wrote in the accompanying caption.

She then nominated six other gal pals to follow in her footsteps, encouraging them to “upload a video dancing and/or lip syncing to your favorite Women’s Empowerment Song,” and then pass the challenge on by calling out three other inspiring females to do the same.

Ruth gave shout outs to celebrities including Halle, Gabrielle Union, and her Black Panther stars Angela Bassett and Lupita Nyong’o, and the Monster’s Ball actress was quick to respond.

On Thursday, she followed through with the challenge by posting footage of herself online, strutting her stuff down a smoke-filled alleyway as she pretended to belt out Survivor, the 2001 smash from Beyonce’s group, Destiny’s Child.

“Thank you @therealruthecarter for challenging me this #WomensHistoryMonth to dance like I d**n well please,” Halle wrote alongside the clip. “This one goes out to the incredible female survivors I have encountered in my life, the women who have the tenacity to live on their own terms. The ones who take risks, hustle hard and will stop at nothing to provide the best life for themselves and the people they love.

“Let’s keep this going! @ciara @kellyrowland @reesewitherspoon I wanna see what you got!!”

Halle wasn’t the only one to respond to Ruth’s lip-syncing task – Gabrielle Union also gamely shared her take on Mary J. Blige’s 1996 heartbreak anthem Not Gon’ Cry, from the Waiting to Exhale soundtrack, as she mimed along to the track while holding her baby girl, Kaavia James.

“So I stretched my hips and accepted this challenge of singing, dancing, and lip syncing to my favorite female empowerment song!” she wrote. “We have all been through something in this life. We’ve all fallen and didn’t want to get up. We’ve had our hearts broken. We’ve all experienced failures. All women share these common truths and we can ALL rise when we stick together and uplift each other. Let’s keep this going and laugh and have fun along the way.”

Gabrielle then called upon Chrissy Teigen, Tracee Ellis Ross, and her new L.A.’s Finest co-star Jessica Alba to “keep this challenge going” for the remainder of March (19).