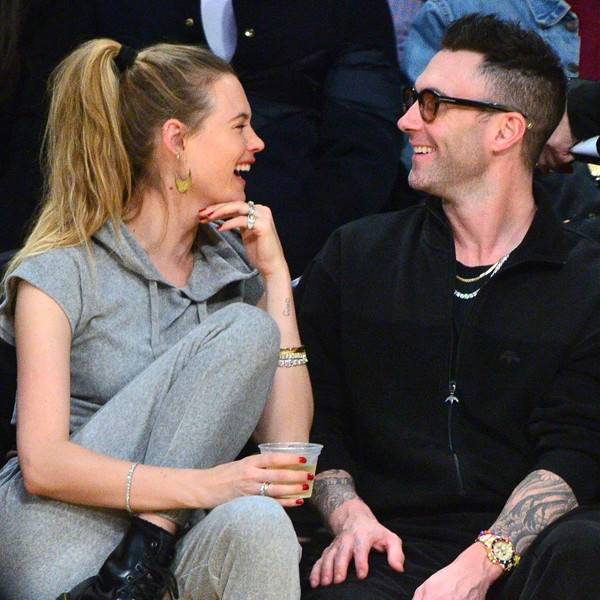 The supermodel took to Instagram on Friday to post a sexy tribute to her husband, who celebrated his 40th birthday on March 18. In the steamy picture, the couple can be seen canoodling in the sand.

In just a few month, Prinsloo and Levine will celebrate their fifth wedding anniversary. The duo tied the knot in July 2014 with close pal Jonah Hill officiating the ceremony.

Prinsloo, 30, recently opened up about her marriage to Levine in a candid interview with NET-A-PORTER’s weekly digital magazine, PorterEdit.

“I met my husband through a mutual friend,” she shared with the outlet. “Adam was looking for a girl for a music video that could do some action stuff, and our friend was like, ‘You should meet Behati because she’s a total tomboy and down for anything,’ so he emailed me asking if I could do it. I ended up not doing it, but we kept emailing each other. It was such a natural correspondence that we kind of fell in love over email.”

“A month later, I went to LA for a job, and that was the first time we met in person,” Prinsloo continued. “I remember walking in: I opened the door, and it was the classic moment where the light shines into the dark studio and everyone turned to look at me. He had boxing gloves on and he came to hug me – it was so awkward. Then he took me for dinner and we talked for hours and had the best time. It was love at first sight, it was crazy. We broke up for two months, realized that it was the worst decision, then got back together, got engaged and got married. It was a wild ride!”

In Sept. 2016, the couple welcomed their first child, daughter Dusty Rose Levine. A year later, Prinsloo revealed she was expecting a second child with the Levine. The duo’s baby girl, Gio Grace Levine, was born in Feb. 2018.