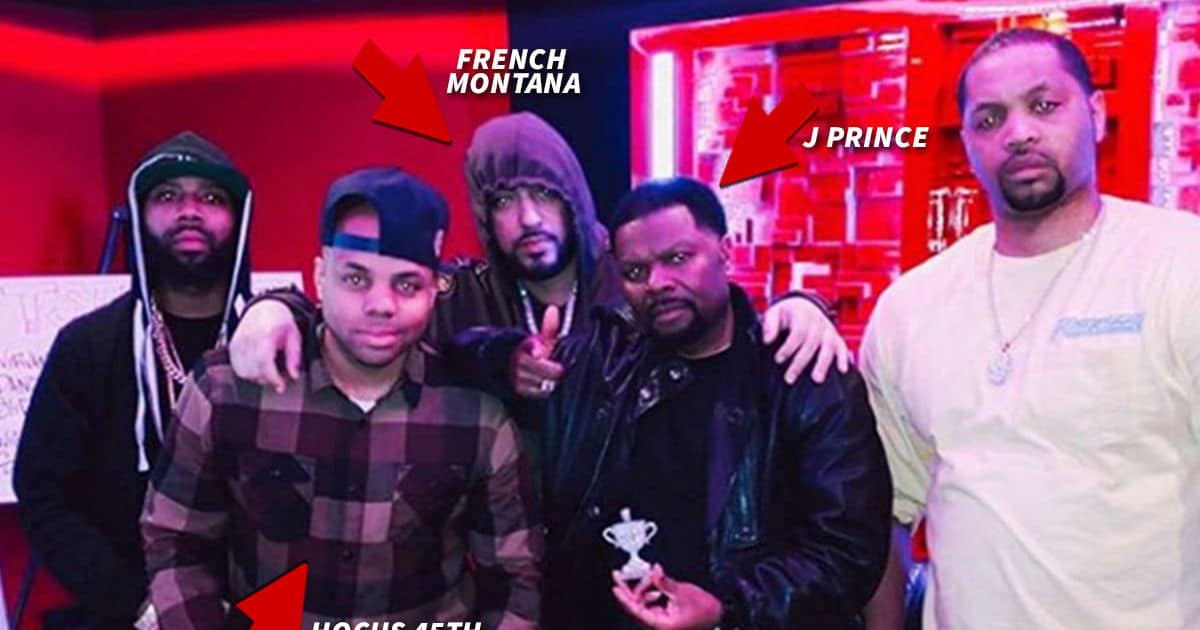 YBN Almighty Jay is getting his stolen Rap-a-Lot Records chain back … thanks to some VERY strong words from label honcho J Prince, and some help from French Montana.

TMZ broke the story … Jay’s chain was snatched — along with his wallet and shoes — during a brutal NYC street brawl. Now, we’ve learned French and fellow Bronx rapper Hocus45th ﻿had a Monday night meeting in L.A. with J Prince … and returned the stolen chain and pendant. We’re told FM and Hocus flew in from NYC to hand-deliver the piece.

J Prince tells TMZ … “It was never about the chain, it was about the name that was built off of blood sweat and tears.”

We’re told French connected Hocus45th and KT (the big dude in white) with Prince so they could see eye-to-eye on getting the jewelry back to its rightful owner. We’re told Hocus’ name carries a lot of weight in the Bronx, so he was able to recover it from the guys who allegedly robbed Almighty Jay.

After their productive meeting — which included J Prince Jr — we’re told the men are moving forward with #MobTies … J Prince’s term for his allies.

Bottom line … J Prince is keeping his perfect record of getting back snatched chains. As he puts it, “Real recognizes real in every hood.”