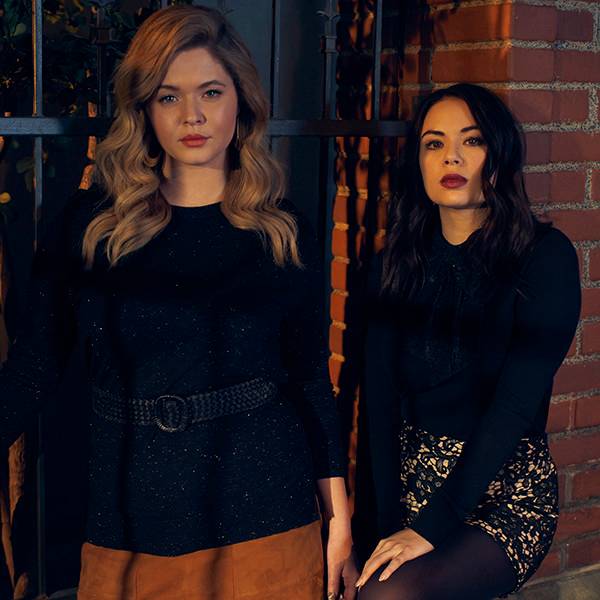 Got a secret and we’re not keeping it any longer.

Pretty Little Liars: The Perfectionists premieres on Wednesday with Alison (Sasha Pieterse) starting a new job as a TA at a prestigious college, only to find that its students might need more of her help than she thought. They’re up to all kinds of shenanigans, so it’s real lucky for them that their new English TA is extremely good at a lot of non-school things, like faking a death, for instance. She’s also got some experience with murder, blackmail, evil/secret siblings, inappropriate usage of technology, etc etc.

A might have been left behind, but this is still the world of Pretty Little Liars.

“The themes of the show are similar—murder, mystery, relationships, intrigue, nothing is as it appears to be,” creator I. Marlene King tells E! News. “But it’s a whole new show, and we really are embracing this idea of exploring perfectionism, but also exploring this idea that you’re always being watched. There’s security cameras everywhere.”

As you prepare to watch these kids who are always being watched, we’ve got the low-down on the new cast of suspicious characters lurking in the halls of Beacon Heights University, with some help from the cast themselves.

There’s a very 2019 vibe to the social media-savvy Ava, who Carson describes as less of an influencer and more of a fashion designer and blogger “who loves fashion for the sake of fashion and wants to be a designer.” She’s also a talented hacker and coder. 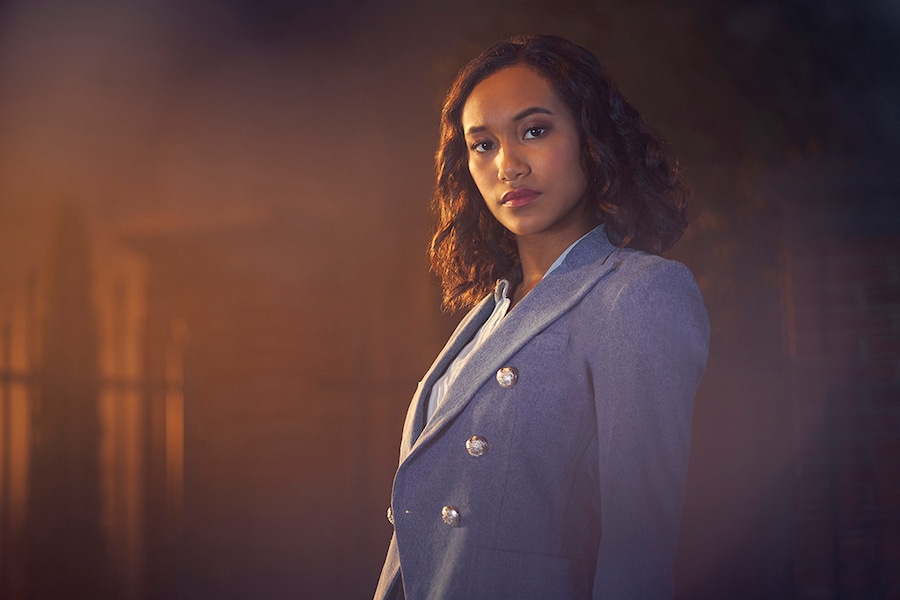 “Caitlin Park-Lewis is a senator in training,” Park tells us. “She’s following the footsteps of her mother who is in training to be governor and president eventually. She’s a track star. She’s kind of a mix between Spencer and Emily from the original series. She’s definitely got a lot on her shoulders being in the public eye for all of her childhood.”

Park also teases a bit of a love triangle she’s got going on with the rich and dangerous Nolan Hotchkiss. 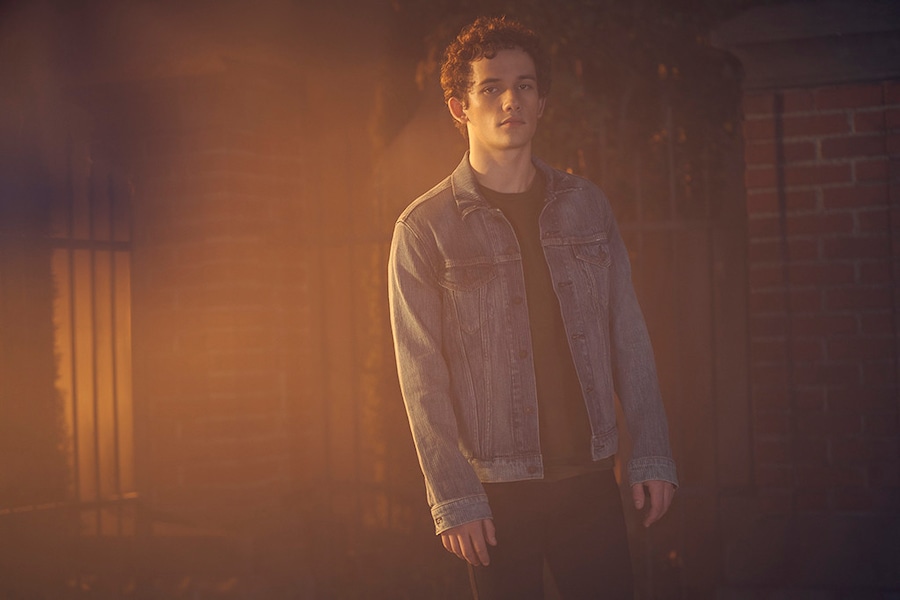 Dylan is a cellist who also happens to be gay. And just like everybody else in the PLL world, he’s got his secrets.

“He’s definitely got some dark secrets,” Brown tells us. “I’m not going to share them, but he’s a good guy. He’s a good spirited guy and a hard worker.” 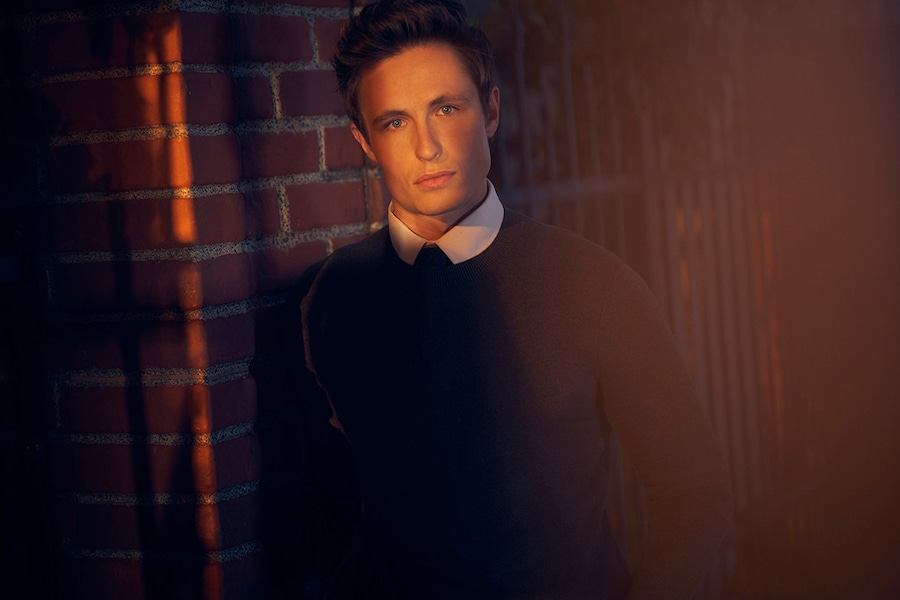 Jeremy brings “a lot of mystery” to the table, according to King. “You don’t see that much in the pilot, but going forward, so much mystery revolves around him. When I was reading the scripts, I literally didn’t know half of what was going on.”

“I like the jokes they wrote in for me. I don’t know if half of them will make it because I probably messed most of them off, but he’s very witty and very English. You ever see Notting Hill? He’s a bit like Hugh Grant in that.” 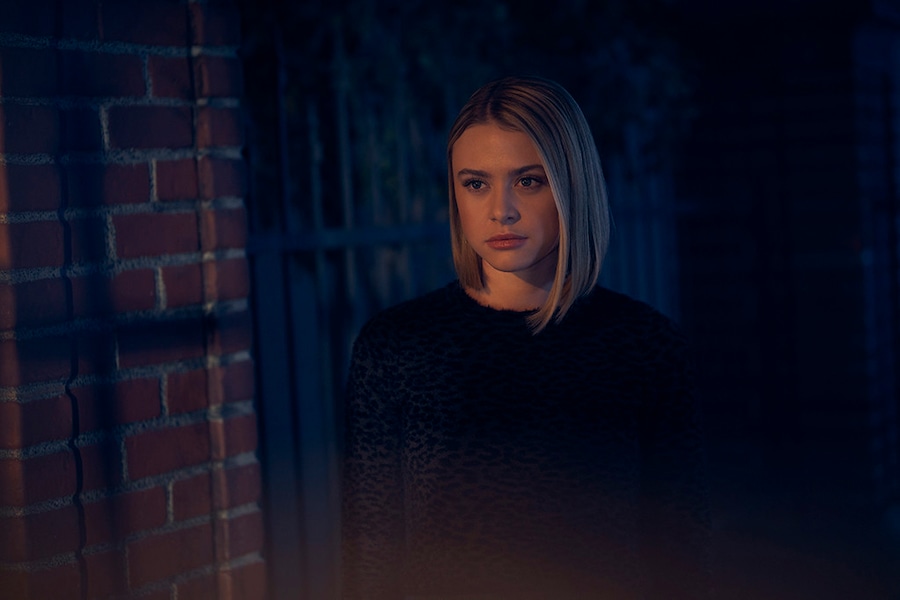 Erin’s character is a complete mystery so far!

“It’s a very tricky conversation to have because I can’t actually tell you much,” she told us when we asked about her character at the show’s premiere. “But I will say she’s really exciting, and she’s just a breath of fresh air. She’s kind of out there and she’s on her own mission. She’s got her own thing going on. She’s a really cool character to play and I’m excited for everyone to get to know her.” 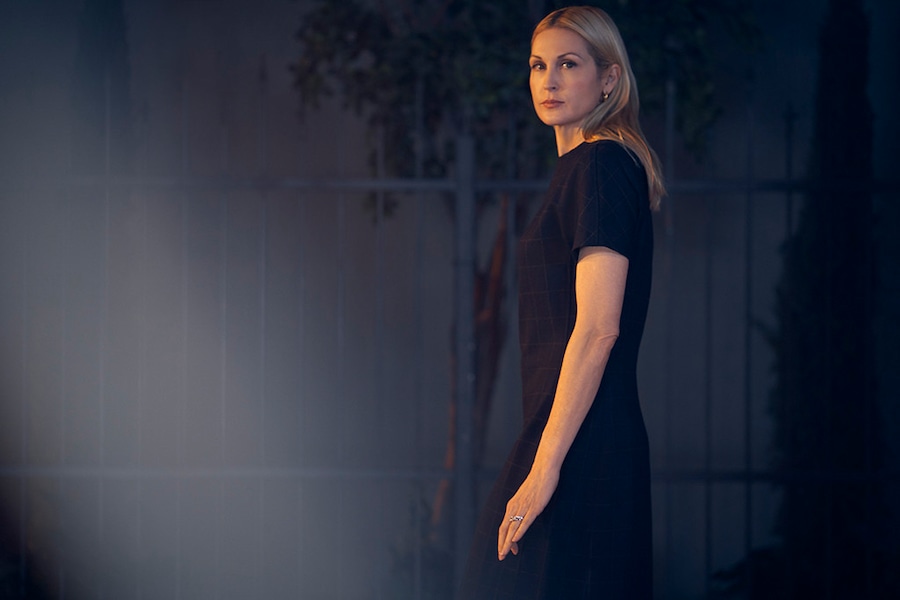 Claire is very much in charge, as the founder of Hotchkiss Industries and a major figure at this university, and the mother of one of its ill-fated students who puts a lot of pressure on her son.

“Everyone’s a little suspicious on this show. They don’t tell me everything, so sometimes I show up to work and I’m like, did I do it? She’s definitely suspicious,” Rutherford said of Claire. 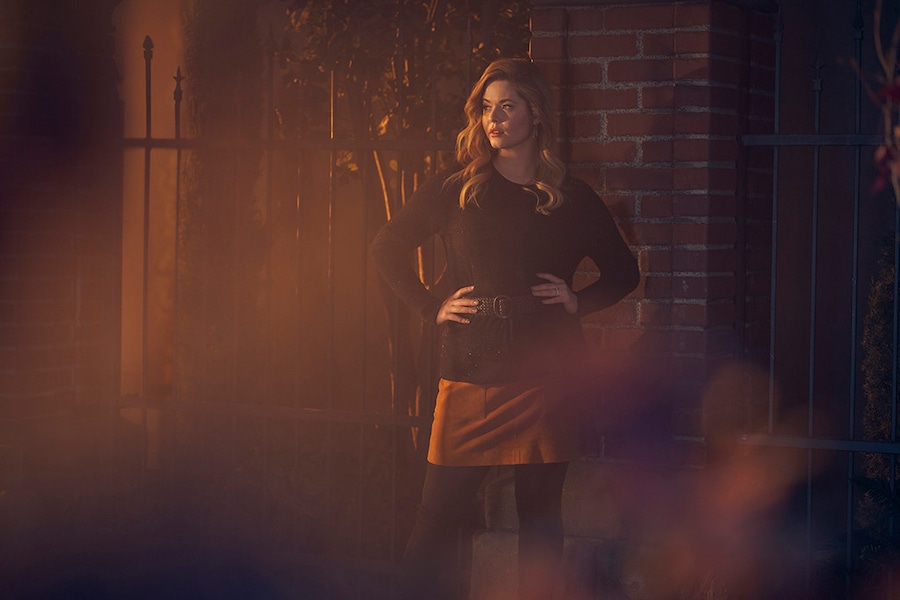 Alison is now a TA at a prestigious college, but it’s not really her knowledge of English that will actually help out the students the most. They’re going to be a lot more interested in her knowledge of things like blackmail and maybe even murder, though that’s not exactly what her goal is.

She ends up taking those kids/young adults under her wing.

“I see these little puppies suffering and I’m like, come here. I know what to do.”

EP Marlene King says she becomes a mentor “in a really unethical way,” which sounds about right. Mona is “still wonky” as Janel Parrish tells us, but she’s now an adult with a grown-up job who’s a little wonky. Just like Alison, she’s trying to be a better person, but she’s not totally free of some of her old tricks. 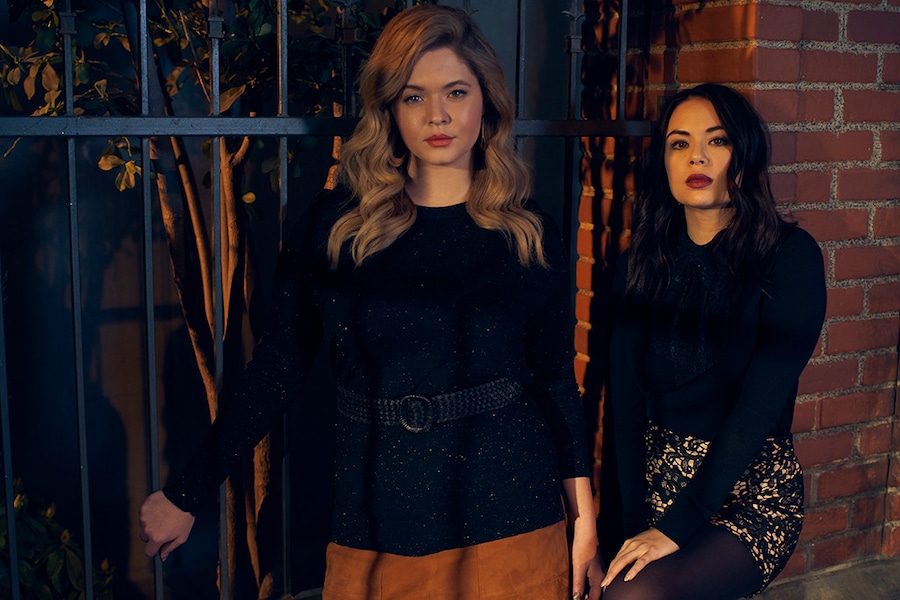 Mona and Alison were “never really friends,” as Pieterse says, and “enemies, and then frenemies” as Parrish says, but that has somewhat changed in The Perfectionists.

“And that lends itself to a really sweet friendship with a good dynamic where they sort of bicker every now and then…kind of like mom and dad, fighting in the kitchen,” says Parrish. “They’ve known each other for so long. They’ve been through a lot together too.”