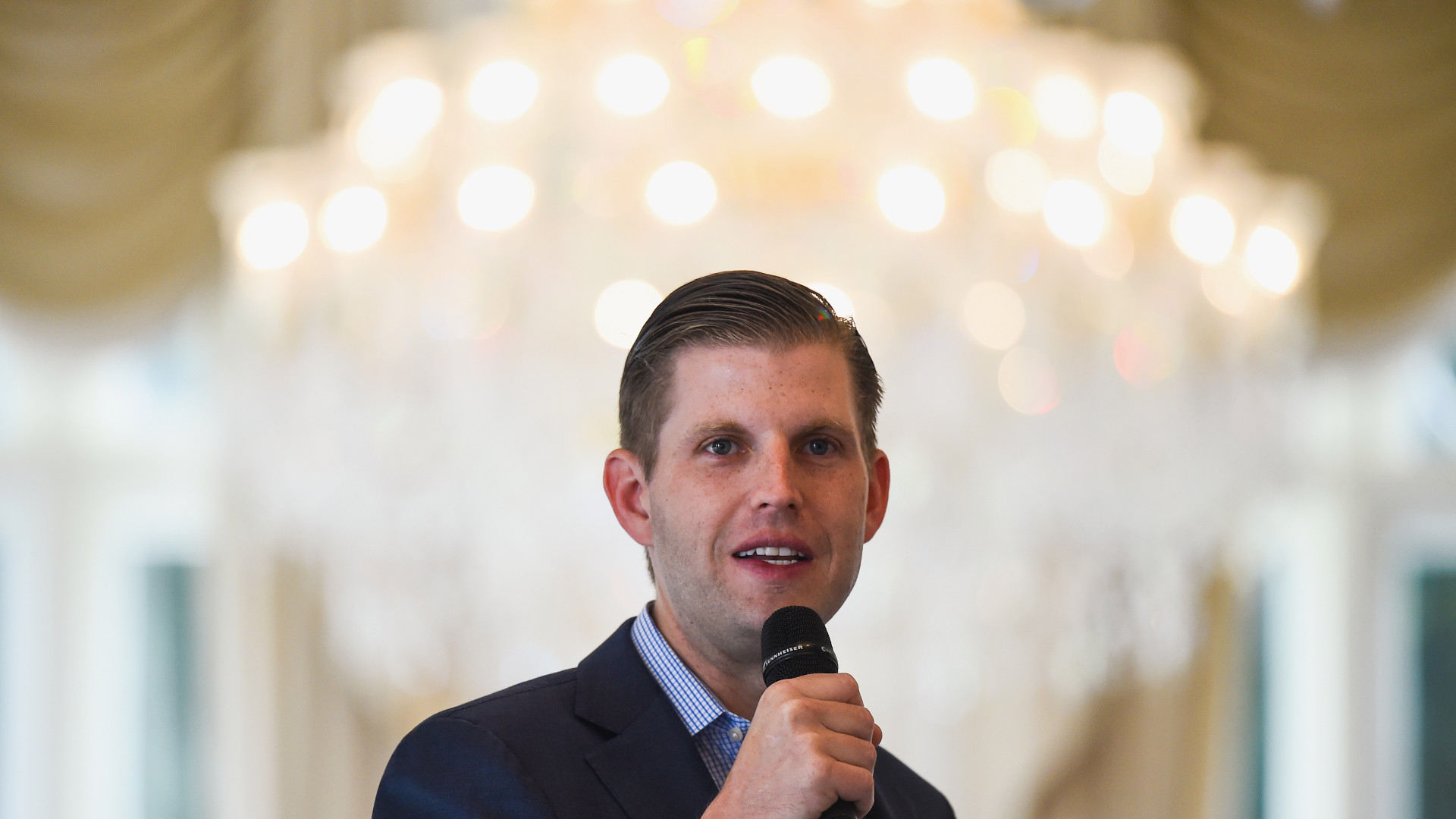 Eric Trump joined Fox & Friends on Wednesday to discuss the supposed censorship of conservatives on social media and accidentally made the case for net neutrality — internet protections his father, President Donald Trump, killed in December 2017.

On Tuesday, President Trump and Brazilian President Jair Bolsonaro claimed in a joint press conference that the media was biased against them. That same day, the U.S. president tweeted that he was looking into Facebook’s accidental decision to block White House social media director Dan Scavino after some of his comments were reported as spam.

On Wednesday, the younger Trump claimed without proof that tech giants were rigging their algorithms against conservatives because tech executives held personal political opinions that were favorable of Democrats.

“Look at Google,” he said. “You had an executive, couple days after the election, up on stage talking to the other Google executives crying, literally crying that Trump won the election. Don’t tell me there is no bias.”

He then falsely claimed that pro-Trump Fox Nation hosts Diamond & Silk were “getting kicked off YouTube on a daily basis.”

Asked what he would suggest to remedy the problem, Trump then suggested the Supreme Court step in and prohibit private tech companies from deleting content from conservatives, no matter how incendiary or hateful.

“And then you are governed by free speech,” Trump said in agreement.

The younger Trump’s assertion that companies cease to become private just because they have a lot of users is incorrect and fails to define what a monopoly actually is. However, the idea that large telecommunications giants should be treated as common carriers or public “utilities” is not a new one.

In 2015, under President Barack Obama, the Federal Communications Commission (FCC) established “net neutrality” protections, which would have ensured an open internet governed by the principle that all traffic be treated equally regardless of its content. In December 2017, on a party line vote, Trump’s handpicked FCC chairman Ajit Pai rammed through a repeal of those net neutrality protections. “We are helping consumers and promoting competition,” Pai claimed at the time.

The decision ultimately made it easier for companies to dictate what content reaches consumers, what doesn’t, and how quickly — a contrast to what Eric Trump himself demanded on Wednesday.

Although the president, his children, and his supporters claim online media companies are censoring conservatives, those companies have notably made exceptions to their anti-hate speech limits to allow President Trump to say whatever he likes without consequence. Additionally, conservative companies like Fox News routinely get more traffic on Facebook than their progressive counterparts, as a recent NewsWhip report showed.