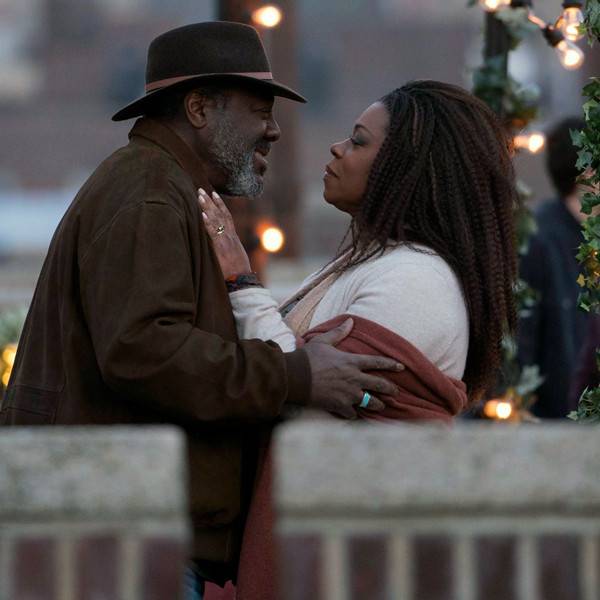 The Village isn’t like your typical dramas. The new NBC series follows an apartment full of New York citizens, who, over time, have become family.

“It’s a heart-based show. It’s not a sentimental show by any stretch, but it is one that has great sentiment,” series star Lorraine Toussaint told E! News.

Viewers will meet Nick (Warren Christie), a war veteran; Sarah (Michaela McManus), a nurse who works at a nursing home and is a single mother to a teenage girl; Patricia (Toussaint), the mama bear of the apartment building and a social worker, Enzo (Dominic Chianese) and his grandson and law student Gabe (Daren Kagasoff), Ava (Moran Aitas), an Iranian immigrant, and so many other residents of The Village apartment building.

“Our show is very emotional. There’s some humor, it’s really a story about everyday struggles. I think no matter where you are, where you are in this country or where you come from, you’re going to find a story to relate to,” McManus said. “There are real-life stories about love and loss and heartbreak and joy—”

“I also love the fact that it spans generations. We have a teenager, we have all the way up to somebody in their 80s and covering all their stories…We live in a bit of a fractured society right now with so many people who have become very individualistic, so to see a group of people who aren’t blood-related as Michaela said, but they’ve formed a community and a family trying to raise each other, trying to help each other, I think that’s what’s going to resonate with people,” Christie said.

Click play on the videos above to hear more from The Village cast, including Toussaint’s own experience in a Village-like apartment.