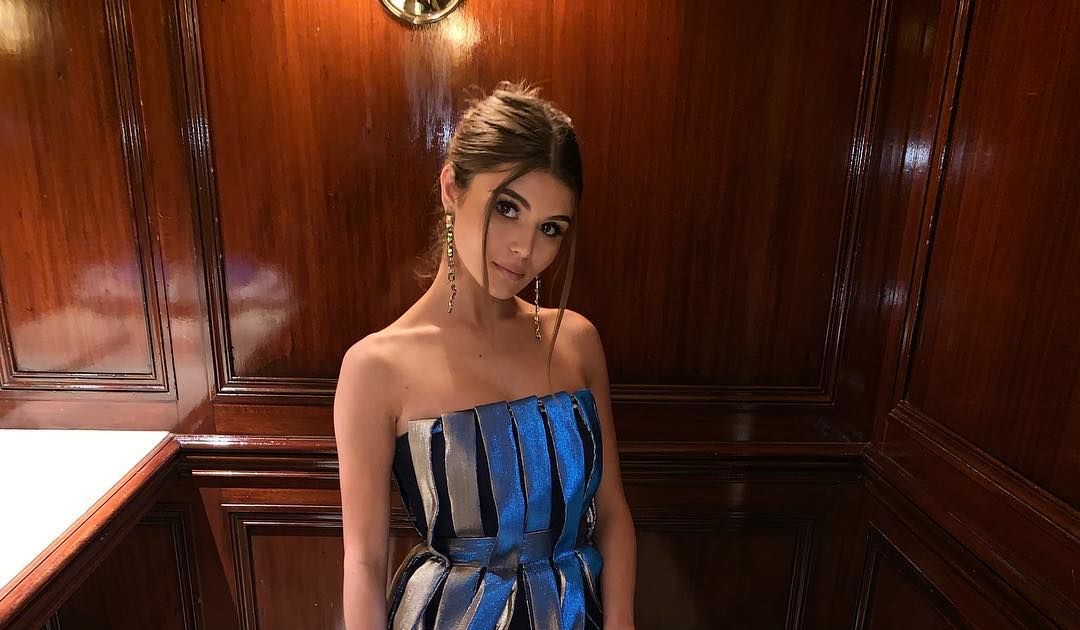 A week after news broke about the college cheating scandal, Harlow Brooks, who went to high school with Olivia Jade, is weighing in!

“When this whole cheating scandal came out, I’m not going to say I was surprised because we are in that world,” Brooks shared in a YouTube video.

“I remember when I was touring the school I saw a picture of Olivia Jade’s sister actually on the wall with the seniors and it was like, ‘Congratulations, Bella, for getting into USC!’” Harlow continued. “And I was like, ‘Wow… USC is super hard to get into… Then I remember hearing later that Olivia had also gotten into USC and I was like, ‘Whoa, that’s kind of crazy because USC is very, extremely hard to get into. So not only one sister, but both of them.'”

Olivia’s parents Lori Loughlin and Mossimo Giannulli are among 50 people who have been charged with conspiracy to commit mail and wire fraud in the scam, which was run by William Singer, who “used the purported charitable donations from parents, at least in part, to bribe two SAT and ACT test administrators,” along with college athletic coaches.

According to court documents, Loughlin and Giannulli “agreed to pay bribes totaling $500,000 in exchange for having their two daughters designated as recruits to the USC crew team — despite the fact that they did not participate in crew — thereby facilitating their admission to USC.”

Brooks also opened up on her tough high school schedule, which would make it hard for anyone to maintain a YouTube channel. She said, “I would have to get up at 6 a.m. every morning and I would leave school at 4 p.m. and then I would have six hours of homework. It made me think, ‘How is she doing this? How does she travel for YouTube? How does she have time to make YouTube videos? An arrangement with the school or something?’ It just didn’t make sense to me. These schools, your life is literally 100 percent school.”

Olivia has joked about how she was “literally never at school.” In a 2018 vlog, she commented of her final day in high school, “I’m, like, excited to go… do the school prank, but I’m also literally never at school that I think… maybe they forget I go there.” She followed up that blunt statement with a quick “I’m just kidding!” but in light of the current controversy, it remains an unfortunate comment.

Marymount High School responded to Brooks’ video, telling TooFab, “It is unfortunate and disturbing that someone who spent only three days at Marymount would make false, misleading and harmful statements about the school and current and former members of its student body.”

On Monday, Brooks also claimed that some of Olivia’s “sisters” have threatened her via direct messages. She added, “The interesting thing that’s like completely ironic about their response to my video was the fact that they attacked me in the exact way that proved the concept of privilege that I was talking about. They literally threatened to shut me up and take my money because they didn’t like what I was saying.”