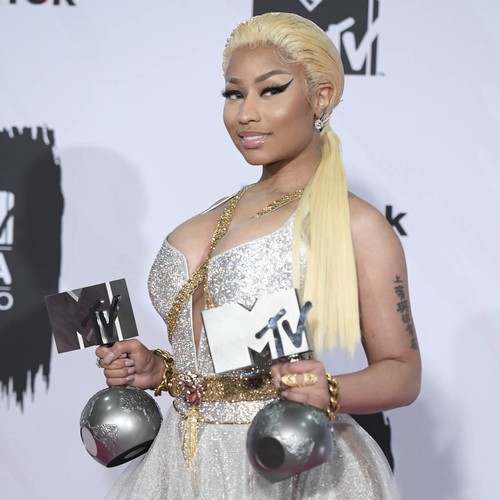 Nicki Minaj honoured the victims of the 2017 Manchester Arena bombing as she performed at the venue on Monday night (18Mar19).

The Starships singer performed in the British city as part of The Nicki Wrld Tour on Monday, and took time out of her set to honour the 22 people who lost their lives and hundreds more that were injured in the bombing outside her pal Ariana Grande’s concert there on 22 May 2017.

“Put your light in the sky for everybody we lost,” the rapper said in video footage taken by a concertgoer. “God bless the families of everyone who survived and God bless Manchester for being resilient and not bowing down to fear. For being strong no matter what.”

Her tribute was met with cheers from the audience who turned on their cell phone lights. Nicki shared a video on Instagram of her singing as the crowd waved their lights, and wrote in the caption that Manchester had “stolen my heart”.

Nicki is close friends with Ariana and they have collaborated numerous times on hits like Bang Bang, Side to Side and The Light Is Coming.

Nicki’s Manchester concert coincided with the launch of Ariana’s latest trek, the Sweetener World Tour, which kicked off in Albany, New York on Monday night.