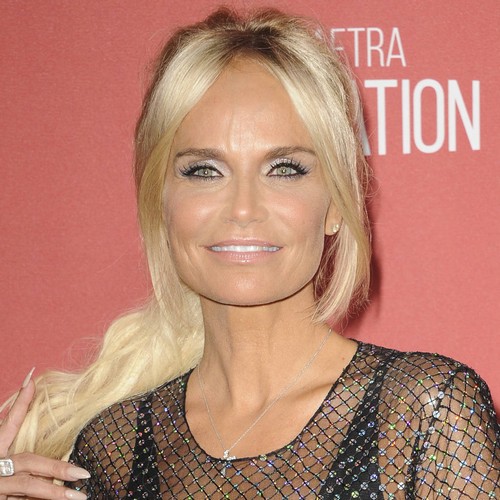 Chenoweth, who made the role of Glinda her own on Broadway – opposite Idina Menzel, previously suggested Ariana should play a lead role in a big screen adaptation of the musical after the 7 Rings singer performed as part of a Wicked TV special.

Chenoweth, who has been a longtime friend of Grande’s ever since she met the singer backstage after a Wicked show when she was nine, warned fans that her pal’s The Wizard & I performance would be a tear jerker days before the taped special aired in October, revealing it was a full circle moment for her.

“I met her when she was nine and she wanted to do this show,” Kristin told PopSugar, revealing she would be bawling tears of pride and joy when the TV special aired and Grande sang.

And now Kristin, who also worked with Ariana on the TV musical Hairspray Live! in 2016, has a new girl she’s favouring for Glinda.

“I feel who would be great as Glinda on film would be Dove Cameron (sic),” she tells TV chat show The Talk. “I’ve done two movies with her… I’ve played her mother twice, so I would see that as a passing of the baton, or the crown, so to speak. And I think Ariana Grande would make the perfect Elphaba…

“Both of them (leading ladies in a Wicked film) have got to be great actresses and great singers and funny and sad and both good and evil and I just think they have it.”

And Kristin would love to hit the studio with Ariana: “Is the Pope Catholic…?” she laughs. “I think she’s one of the most talented singers and artists that we have… I’m her big sister, her mentor and that’s what I wanna be more than anything, but yeah, singing a song (with her) wouldn’t suck.”