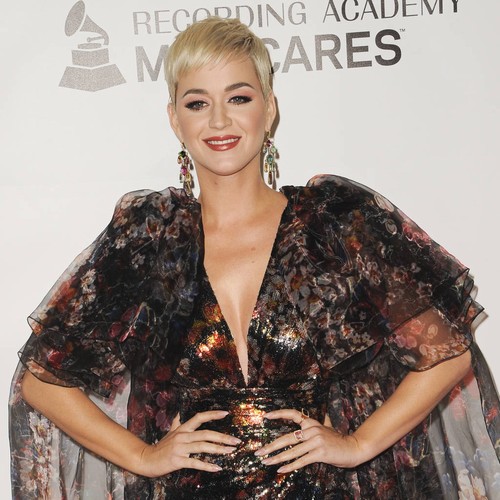 Katy Perry was plled up by fans when she accidentally referred to fiancé Orlando Bloom as her “boyfriend.”

The Dark Horse songstress made the faux pas while she was live tweeting during Sunday night’s (17Mar19) episode of American Idol.

Katy and Orlando were watching the show, which she judges alongside Lionel Ritchie and Luke Bryan, when the 34-year-old took to the platform to join in the discussion with fans.

“My favorite part of watching #americanidol with my boyfriend is that he always tries to ask if they got in or not before we give the final vote,” the Chained To The Rhythm hitmaker wrote. “I never tell him hahahahahahahahahahaha (sic)”

Fans soon picked up on Katy’s mistake and were quick to remind her of her newly engaged status.

Several users simply tweeted “fiancé” to the Teenage Dream singer, while others waited for the star to recognise her error.

“Wow I hope your fiancé is okay with you having a boyfriend,” another joked.

The slip-up comes exactly one week after the Orlando, 42, joked that he was unsure about marrying Katy.

“Are you sure you want to spend the rest of your life with me, ‘Lando? Are you sure?” she asked her beau in a clip uploaded to her Instagram Story while the pair watched the previous episode of the hit ABC series.

Orlando shook his head in mock horror, and as Katy posed the question again, the British actor muttered, “No,” before turning away with a smile on his face while the singer laughed.

The couple became engaged on Valentine’s Day, when the Pirates of the Caribbean star presented Katy with a huge $5 million (£3.8 million) ring.