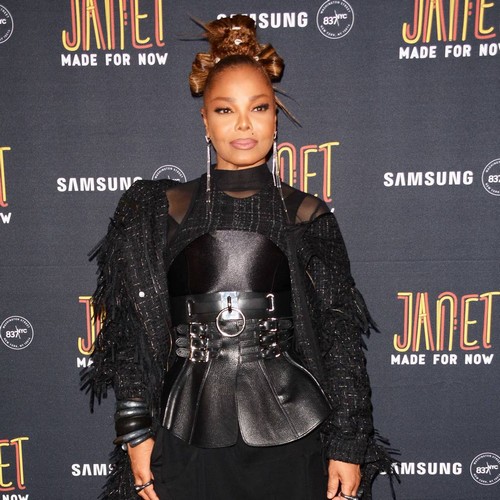 Janet Jackson cheekily shared an edited version of the official poster for Glastonbury festival, bumping her name to the top of the bill.

The 52-year-old is set to make her debut at the music festival in Pilton, Somerset, in June (19). And on Friday Glastonbury uploaded the official poster for the event which revealed the top acts, including Jackson, in the following order: The Killers, The Cure, Stormzy, Kylie, Janet Jackson.

On the original line-up poster, Jackson is fifth on the bill, behind the three Pyramid Stage headliners and Kylie Minogue, who takes this year’s Sunday afternoon ‘Legend’ slot.

However, the That’s the Way Love Goes songstress later shared an amended version of the poster, and social media users immediately spotted that Jackson’s name appeared ahead of headline acts The Killers, The Cure and Stormzy.

She shared her poster online, writing in the caption: “Can’t wait to see you #UK #Glastonbury2019.”

But it didn’t take long for fans to recognise the All for You star’s amendment, who took toTwitter to share their thoughts.

“Looks like @JanetJackson didn’t like where she was billed at @GlastoFest so she took the matter into her own hands,” one user tweeted, posting both posters side-by-side as fans began to call the singer out.

“Did you inform @RobertSmith and @thecure that they’re now coming on before you on the Sunday… now that you’ve changed the lineup poster?” joked one fan, while another took things one step further, rebranding the event as the 2019 Janet Jackson Festival in their own revised poster.

Despite the obvious amendments, fans of the Together Again hitmaker remained loyal to the diva.

“No one comes before Janet Jackson,” wrote one user, while another affirmed “First and foremost. As is should be.”