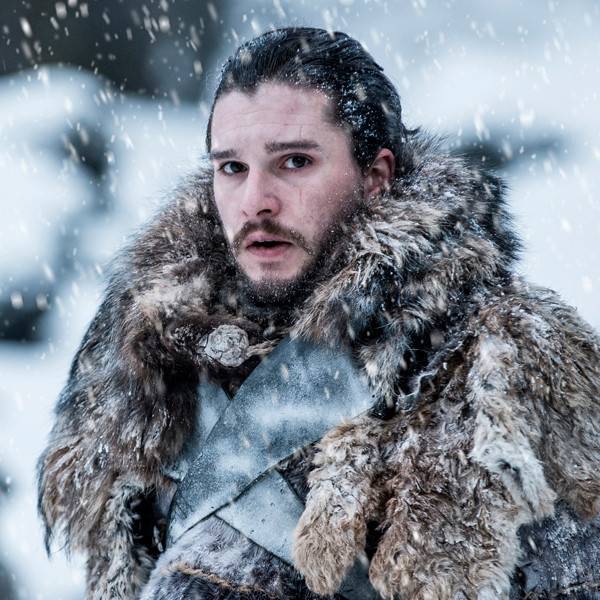 Nobody is harder on Game of Thrones‘ Jon Snow than Kit Harington.

In an interview with Variety, Harington revealed the intense scrutiny he put himself under while working on Game of Thrones. According to Variety, Harington will watch new episode alone, and has gone back to older episodes to watch past scenes to get himself in the mindset of where Jon Snow is now. But that means critiquing his own performances.

“Looking back at the entirety of Thrones, there’ll be 70 percent of the scenes that I’ll just never be happy with. I’ve come to terms with that,” he said.

However, with the eighth and final season, Harington said, “I know who this is now, and I’m at peace with who this is. I just got a feeling that it’s the most satisfied I will be with my work as Jon Snow.”

Harington said he used to read reviews, but stopped around season three of the hit HBO series.

“My memory is always ‘the boring Jon Snow.’ And that got to me after a while, because I was like, ‘I love him. He’s mine and I love playing him.’ Some of those words that were said about it stuck in my craw about him being less entertaining, less showy,” he said.

But when the show became about Jon Snow, specifically whether he was really dead, that became almost too much for Harington. “When you become the cliffhanger of a TV show, and a TV show probably at the height of its power, the focus on you is f–king terrifying,” he said. This caused him to reflect on where he was in his life, and he said he felt “very vulnerable” and her started therapy around that time.

“I had to feel very grateful for what I have, but I felt incredibly concerned about whether I could even f—ing act,” he said.

Now, comfortable with his work, he’s ready to step out of the furs, swords and long, curly hair of Jon Snow.

“I took off the costume, and it felt like my skin was being peeled away. I was very emotional,” Harington said about his last day of filming. “It felt like someone was shedding me of something.”

Head over to Variety for more.

Season eight of Game of Thrones premieres on Sunday, April 14 on 9 p.m. with a 54-minute episode. The remaining five episodes of the season vary in length, with two clocking in at an hour and 20 minutes.

Plot details are being kept under wraps, aside from the fact that Harington’s Jon Snow and Emilia Clarke‘s Daenerys Taragaryen will interact with characters they previously had little to no screen time with.

“It’s really surreal,” Clarke said about her character finally going to Winterfell. “I mean, you play into what it feels like for the character as well, because it’s new and it’s odd, and you’re coming into someone else’s turf and you’ve got a lot of actors that you know really well, who were like, ‘This is our home.’ Then you come in and you’re like, ‘I know this only from the television; I’ve never been in this space here before in my life.'”

See how it all ends on Sunday, April 14 on HBO.