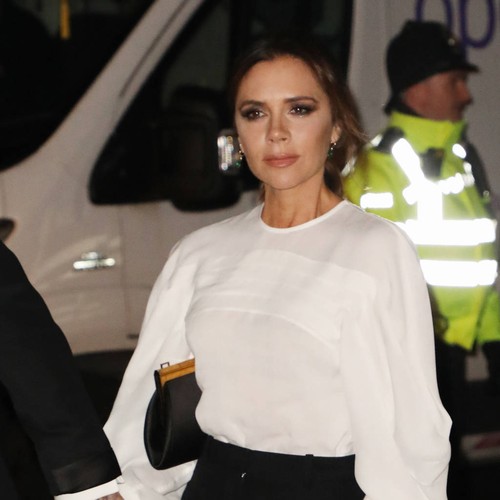 Victoria Beckham is a “self-diagnosed dyslexic”, and revealed that her children also suffer from the learning difficulty.

The former Spice Girl told British newspaper the Financial Times that the condition, which can cause problems with reading, writing and spelling, “doesn’t run in our family, it gallops”.

She explained the four children she shares with husband David Beckham are all much more interested in creative subjects or sports, rather than academic subjects.

Brooklyn, 20, is an aspiring photographer, 16-year-old Romeo is training to be a tennis player, Cruz, 14, loves to sing and Harper, 7, “is a real little tomboy”, Victoria gushed.

The fashion designer also revealed that the couple’s three sons gave up their lucrative football contracts for fear of letting their famous father down.

David, who has played for Manchester United, Real Madrid, and L.A. Galaxy, retired in 2013 after a 20-year career, during which he won 19 major trophies.

Victoria explained that Brooklyn, Romeo and Cruz each used to have football contracts with English football club Arsenal, but unexpectedly decided to quit.

“All three boys used to have contracts with Arsenal,” she shared. “They were going to be footballers so they were signed at a very young age. And they were all really good.

Victoria explained: “Brooklyn was the first to say that he didn’t want to play any more. And then Romeo decided he didn’t want to do it either. I remember Romeo sitting in the bath getting really upset, saying ‘I don’t want to let daddy down’. So I told him daddy just wants you to be happy. And now he’s playing tennis. Every day.”