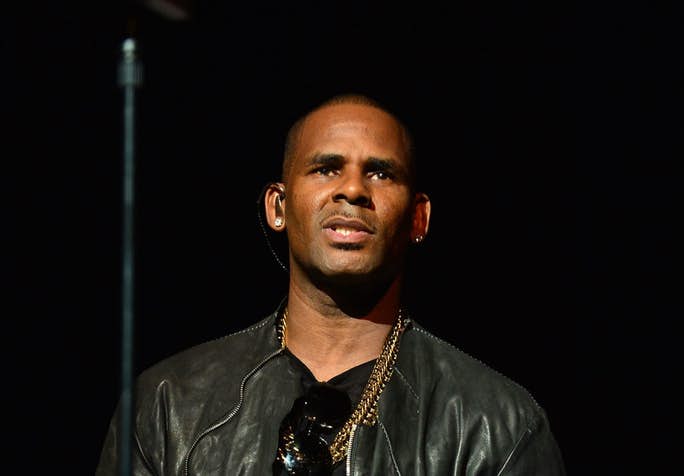 (AllHipHop News) A woman alleging R. Kelly sexually abused her when she was 16 claims she has been blocked from serving him with the lawsuit by security at his home.

The embattled R&B star, who is facing 10 charges of aggravated criminal sexual abuse in his native Chicago, Illinois, is living in the city’s Trump Tower.

Heather Williams, who is seeking at least $50,000 for abuse she says occurred from the age of 16, has filed a new motion with a judge claiming security is so tight at Trump Tower she has been unable to serve papers on him.

The filing states that even Cook County Sheriffs who were handed papers to serve on Kelly were denied access to the building beyond the lobby.

Her motion is asking the presiding judge to allow her to serve the papers on Kelly’s lawyers instead, as allowed by law when presenting papers to the individual concerned proves impractical.

Williams alleges she met the singer in May 1998, when she was 16 after he arranged a meeting between his associates and her parents to set up a music video cameo.

She claims the 52-year-old began sexually abusing her a month later, and that they had sexual intercourse and oral sex. She alleges the sexual abuse continued until she was an adult.

In her suit, she states the “repressed memory” of her intimacy with the star came back to her during a therapy session in June 2015 and admits she felt shame, guilt, and depression.

R. Kelly, who is currently on bail after pleading not guilty to the 10-count aggravated sexual abuse indictment, denies her allegations.

He is also facing investigations into three sex tapes allegedly showing him being intimate with teenage girls that have surfaced since the airing of a damning documentary, Surviving R. Kelly in January.

Last week, police officers visited the star’s Trump Tower home to conduct a welfare check following a false report several women he is living with were planning a suicide pact.

R. Kelly was previously acquitted of child pornography charges back in 2008.