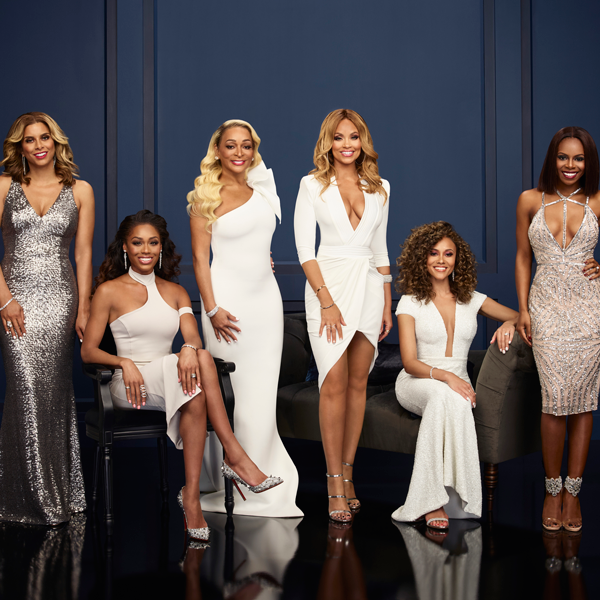 If you thought all the drama in Maryland happened in nearby Washington, DC, well you better think again and watch The Real Housewives of Potomac season four trailer.

In the trailer below, Gizelle Bryant, Karen Huger, Ashley Darby, Robyn Dixon, Monique Samuels, and Candiace Dillard Bassett are back at it and going through, well, a ton of issues.

First, there’s Monique’s pregnancy, Karen’s attempt at a new venture while going through troubles with husband Ray, Gizelle’s new book, Candiace’s wedding, Robyn’s relationship with Juan and her property investment goals, and Ashley dealing with some very serious allegations involving her husband, Michael. All this and Katie Rost, an original cast member, returns as a friend.

“Karen Rost has more personalities than Karen has wigs,” Ashley says in the trailer.

And that’s just the tip of the drama iceberg. There are fabulous trips, dental procedures and so much shade.

“Now that was a wig shifting moment,” Monique says in the trailer above. The ladies did not come to play.

Regarding allegations of sexual assault involving Ashley’s husband Michael, the ladies want answers. Is Ashley ready to give them? It all comes down to an epic confrontation between Ashley and Candiace while at dinner in Candiace’s mother’s house. Knives are in hands, security gets involved. Enough said.

The Real Housewives of Potomac season four premieres Sunday, May 5 at 9 p.m. and on Sunday, May 19 moves to 8 p.m. on Bravo.