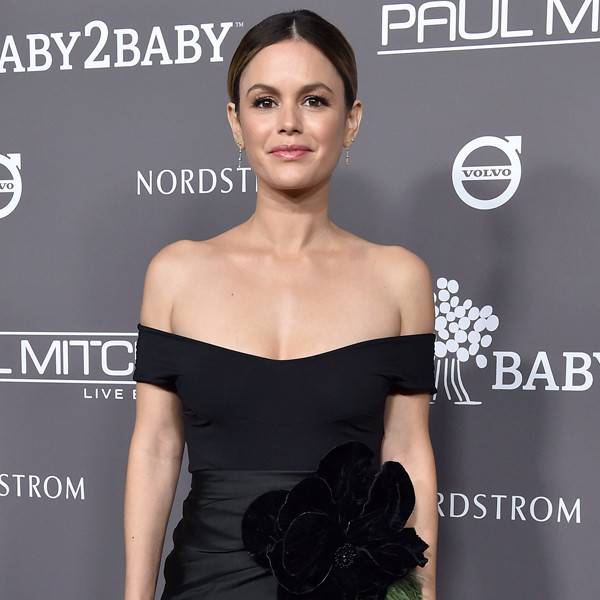 Rachel Bilson is getting a little lovestruck this pilot season.

The Hart of Dixie star was just cast in the Fox pilot Lovestruck, marking her first return to the network since The O.C. ended in 2007. Per Deadline, Lovestruck is a “structurally inventive dramedy” that spends its entire first season on the night of a wedding, getting to know the wedding party and all their secrets while exploring the “complicated bonds of love, friendship, and family at different stages of life.”

Bilson plays the bride, Daisy Valentine, who is described as a “bolt of pure sunshine,” sweet, thoughtful, assertive, and who works in music education.

The show is inspired by the French series Quadras.

Since The O.C. ended, Bilson has appeared in How I Met Your Mother and Nashville and starred in Hart of Dixie and the short-lived ABC procedural Take Two last summer. Bilson joins a whole long list of familiar faces that have already been cast in pilots for the 2019/2020 season, which you can see below!

The Hart of Dixie star returns to Fox for the first time since The O.C. for Lovestruck, a dramedy that spends its entire first season on one night at a wedding. Bilson plays the bride, Daisy Valentine, a sweet, thoughtful, assertive music teacher. Andie MacDowell, Richard Roxburgh, Kathleen Turner, Madeline Wise, and Usman Ally have also been cast in the pilot. 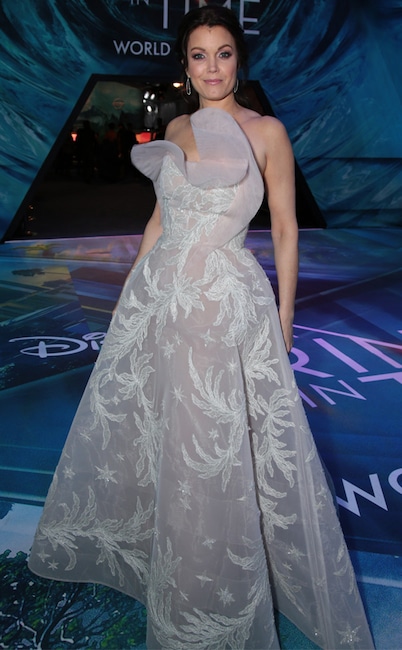 The Scandal star has signed on to star in Prodigal Son in the series about a criminal psychologist who has keen insight into the mind of killers…because his father is one. 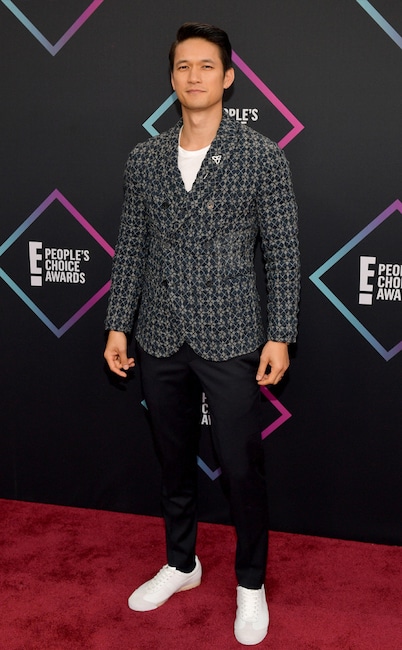 Shadowhunters star Harry Shum Jr. will star opposite Katie Findlay in Heart of Life, an ABC pilot inspired by the John Mayer song of the same name. The show follows two sets of adult siblings from wildly different worlds who discover they’re related and must reassess everything they thought they knew about their shared father. Shum and Findlay are one of the sets of siblings, named Brendan and Sydney Winter. 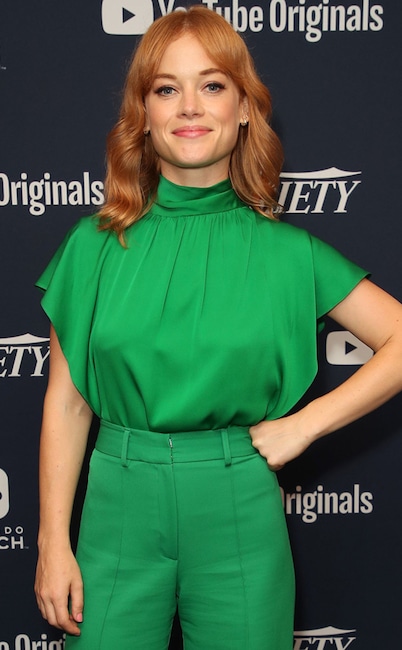 Jane Levy will star opposite Skylar Astin, Alex Newell and Mary Steenburgen in Zoey’s Extraordinary Playlist, a musical dreamed pilot about a young girl who can suddenly hear the inner thoughts of people around her as songs. 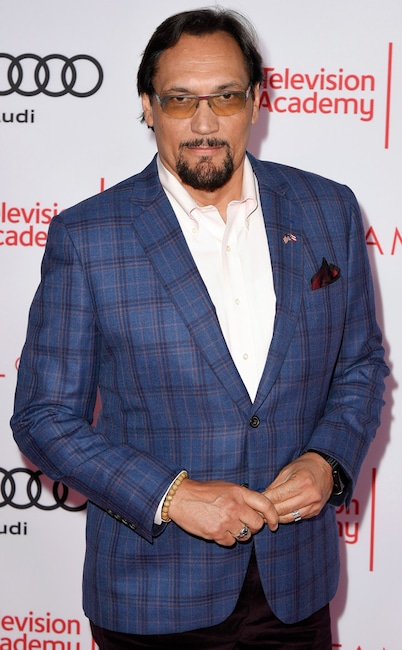 Smits will lead NBC’s Bluff City Law, a character-driven legal drama that follows the lawyers of an elite Memphis firm that specializes in the most controversial landmark civil rights cases. He’ll play Elijah Strait, and his brilliant daughter Sydney will be played by Caitlin McGee. 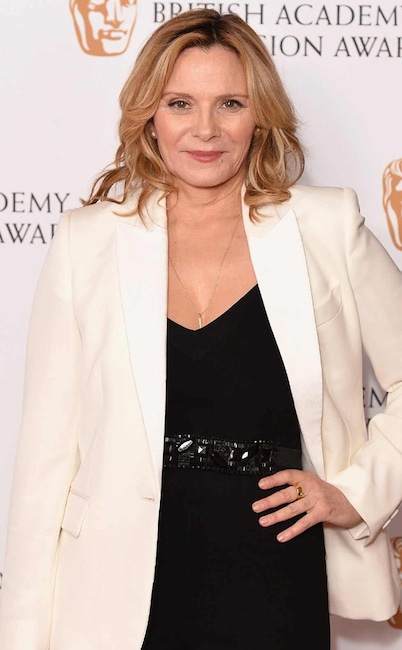 The Sex and the City alum will not only star in Fox’s Filthy Rich, but she’s also a producer. Based on a New Zealand series, Filthy Rich is a Southern gothic dramedy that starts when the wealthy CEO of the world’s largest Christian network dies in a plane crash and his family discovers he had a whole other family, and they refuse to go away and end up becoming part of the family empire. Cattrall will play Margaret Monroe, the star of a lifestyle TV show and the creator of a conservative TV network. 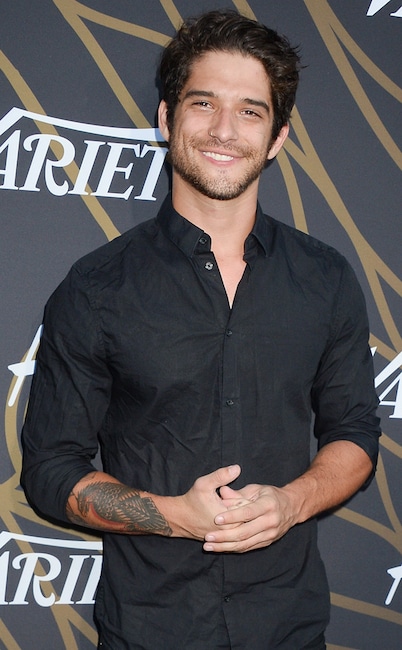 The former star of Teen Wolf will star in The CW’s Lost Boys adaptation opposite Kiele Sanchez, Medalion Rahimi, Dakota Shapiro. The Lost Boys is set in Santa Carla, a beautiful seaside town home to a secret underworld of vampires. Posey plays one of two brothers whose father has just died, so they move with their mother (Sanchez) to Santa Carla and get drawn into the world of the vampires. 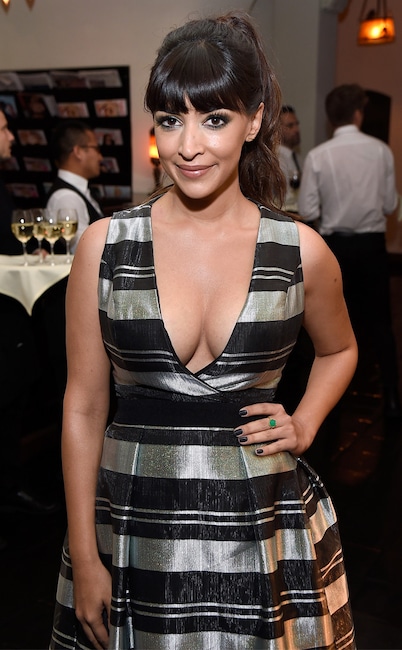 The former New Girl star is writing and starring in her own currently untitled show. She’ll play Hannah, a woman who’s always been close with her Indian-American immigrant father, but when she realizes she’s in a dead end job and her dad realizes his marriage is over, they both start over together. 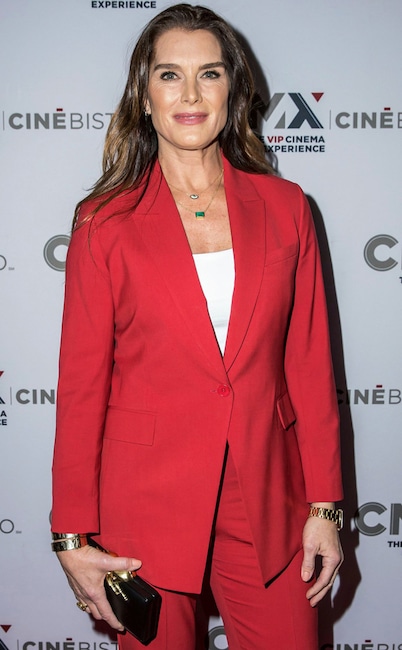 Shields will star in Glamorous, a CW pilot about a gender non-conforming Youtuber named Marco whose rant about a cosmetic company lands him an internship. Shields plays Madolyn, the CEO of the company. Ben J. Pierce will play Marco. Pierson Fode will also star. 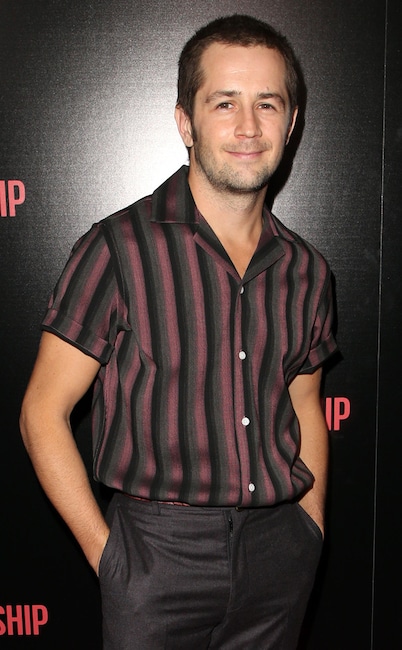 Angarano, who just starred as young Nicky on This Is Us, will star opposite Briga Heelan in To Whom It May Concern, a CBS pilot about a man named Evan (Angarano) who sets out to accomplish a list of challenges he wrote for himself years ago. Heelan plays Angarano’s best friend Kate. 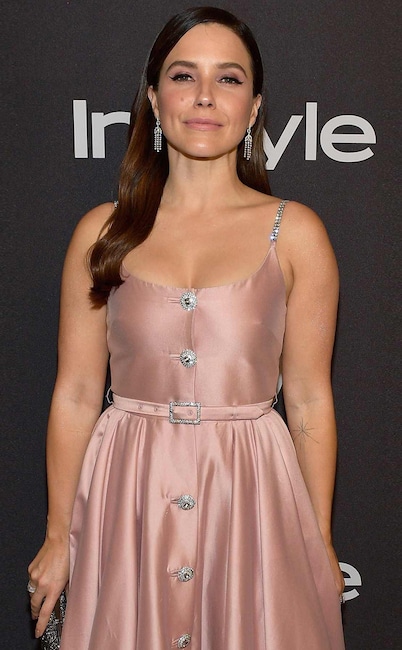 Bush, who left Chicago PD in 2017, will star in the CBS spy thriller Surveillance as Maddy, the head of communications for the NSA, “a charming operative who finds her loyalties torn between protecting the government’s secrets and her own.” Dennis Haysbert, Catalina Sandino Moreno, Matthew Modine, Allen Leech, and Raphael Acloque also star. 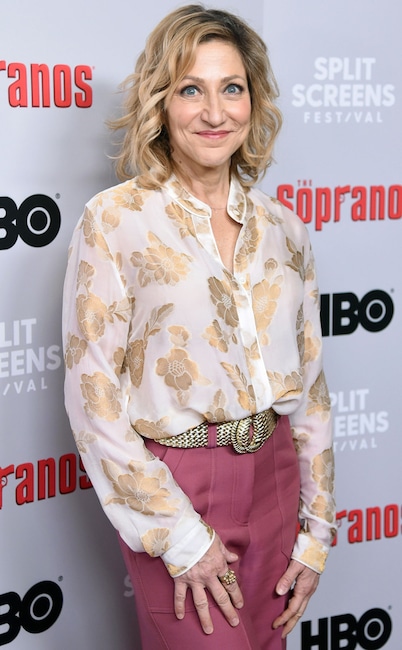 Falco will star as Abigail “Tommy” Thomas in the CBS pilot Tommy as the first female chief of the LAPD. She’s a former high-ranking NYPD officer who is tough and sarcastic but also likable and loves being a cop more than anything. 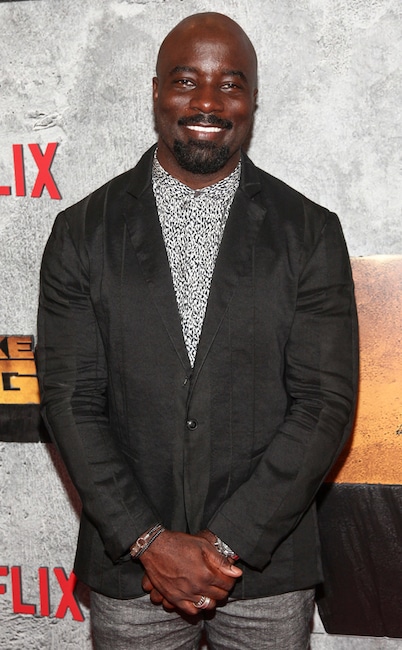 After the cancellation of Luke Cage, Mike Colter’s next big role is in the CBS pilot Evil, from Good Wife creators Robert and Michelle King. The show is about the battle between science and religion and centers on a skeptical female clinical psychologist (Katja Herbers) who joins a Catholic priest-in-training (Colter) and a blue-collar contractor as they investigate supposed miracles, demonic possessions, etc etc to see if they can be explained by science or the supernatural. 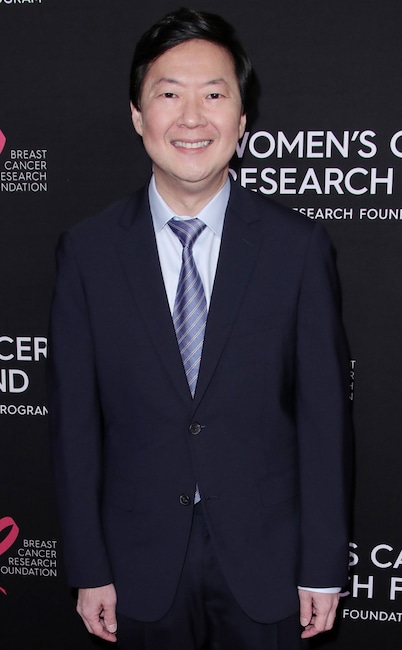 Jeong will play the lead in the multi cam comedy The Emperor of Malibu, written by Crazy Rich Asians author Kevin Kwan, about the son of a Chinese billionaire (played by Jeong) who announces his engagement to an American woman, leading his family to descend upon the couple to win their son back and test drive the American dream. 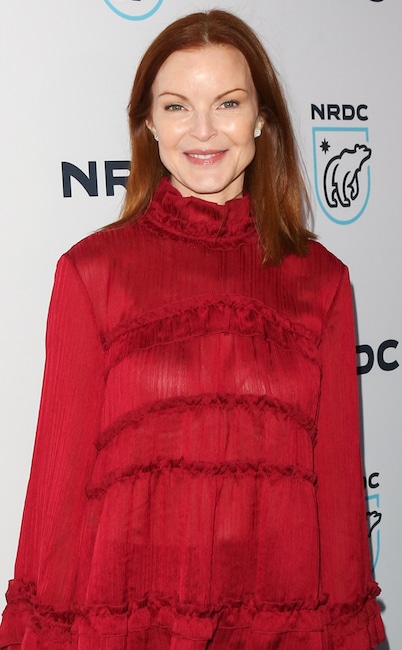 Marcia Cross will star opposite Jacqueline Grace Lopez in Jane the Novela, The CW’s Jane the Virgin spinoff focusing on stories written by Jane, and featuring Gina Rodriquez as the narrator. The first season will take place at a Napa Valley vineyard, focusing on Estela (Lopez), a driven, imaginative twentysomething torn between her boyfriend, Luen, and Felix, a handsome rich guy. Cross plays Felix’s manipulative and glamorous mother, who will stop at nothing to secure her son’s legacy. 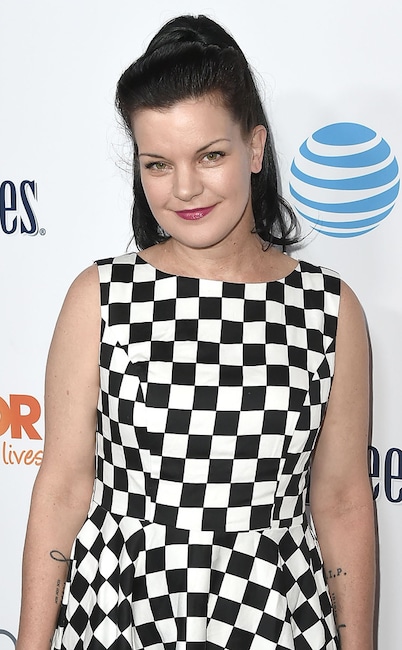 Perrette will star opposite Jane the Virgin star Jaime Camil in the CBS pilot Broke, about an outrageously wealthy trust fund baby (Camil) who is cut off by his father, so he and his wife are forced to move in with his wife’s sister, played by Perrette. Jackie manages a bar and is feisty, not easily cowed, sometimes hot-headed, the kind fo woman who knows her way around a tool box and an acetylene torch. 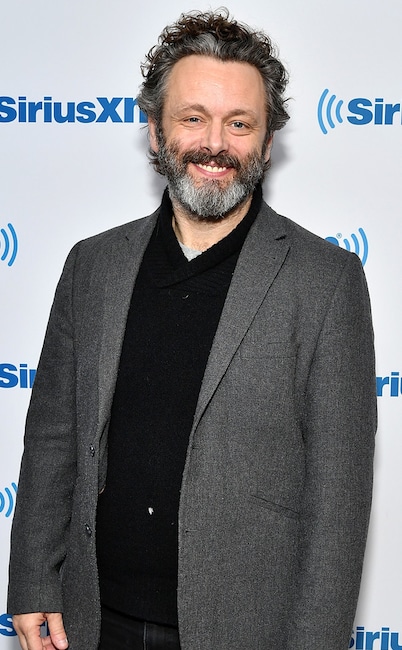 Sheen will star in Fox’s Prodigal Son as a notorious serial killer called “The Surgeon.” The show is about his son, who has learned how killers think and has become the best criminal psychologist around, so he helps the NYPD solve crimes and stop killers while dealing with a manipulative mother, an annoyingly normal sister, and a homicidal father who still wants to bond.

Drescher will star opposite Adam Pally and Abby Elliott in Uninsured, NBC’s multi-cam comedy pilot about young parents Dave (Pally) and Rebecca (Elliott) who end up having to take care of Dave’s parents when they need help to pay down their debt. Drescher will play Linda, a mother and grandmother who loves her kids just as much as she loves reminding people she’s from Brooklyn. 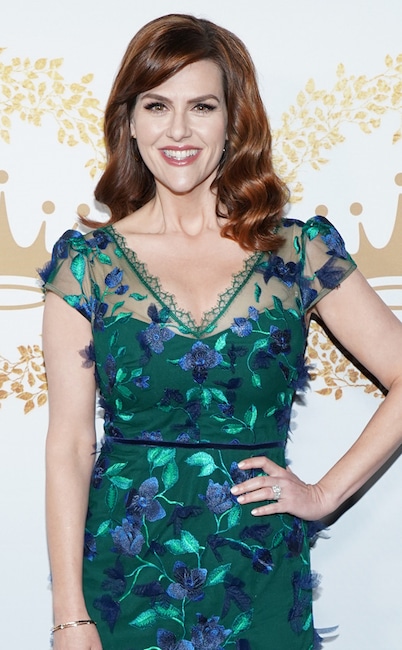 Rue will star in Prism, NBC’s drama pilot inspired by the 1950 Japanese psychological thriller Rashomon. Prism explores a murder trial with each episode told through the different perspective of a different key person involved, calling into question everything we’ve seen so far with every new piece of information. Rue’s character is named Alexis Boden, an ambitious woman who views the trial as her Serial opportunity. Mykelti Williamson, Malin Akerman, Ramon Rodriguez, Chloe Wepper, David Alpay, and Brooke Smith also star. 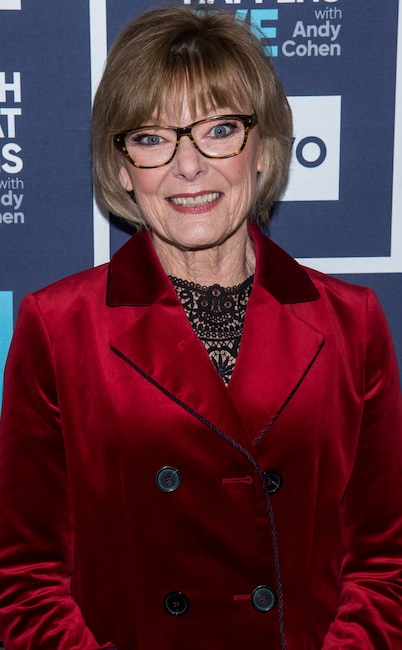 Curtin will star in United We Fall, an ABC multicam comedy about a family led by Bill and Jo. Curtin will play Bill’s extremely judgmental mother who Bill and Jo took in after a health scare, and then she never left. 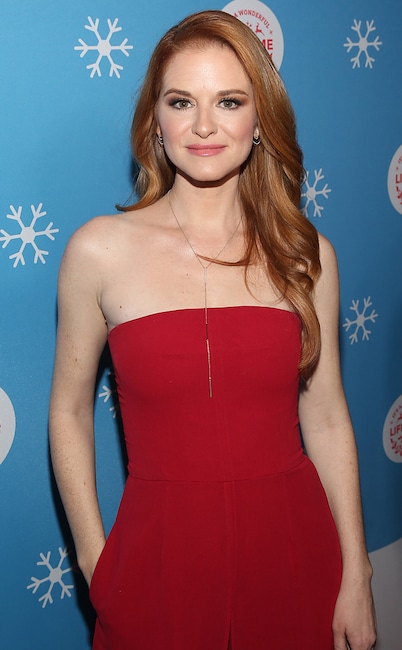 The Grey’s Anatomy alum will go from mayor to president in CBS’ The Republic of Sarah, a show about a small New Hampshire town that becomes an independent nation when a valuable resource is discovered within its borders, and its young mayor Sarah Cooper (Drew) suddenly finds herself running a brand new country. 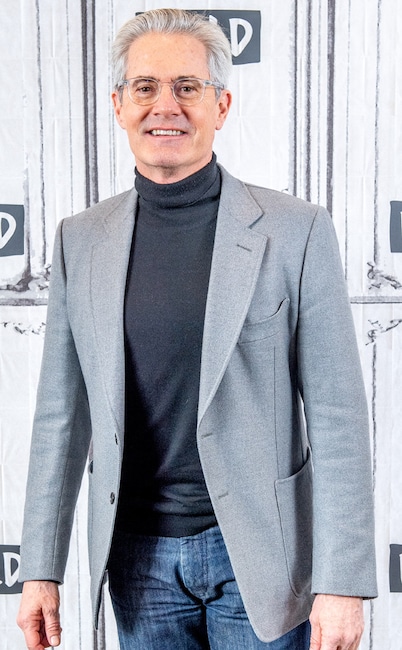 The Twin Peaks veteran will star opposite Patricia Heaton in her CBS comedy pilot, Carol’s Second Act, about a retired teacher and mother (Heaton) who decides to become a doctor. MacLachlan will play Dr. Frost, a senior attending physician who takes an immediate shine to Carol. 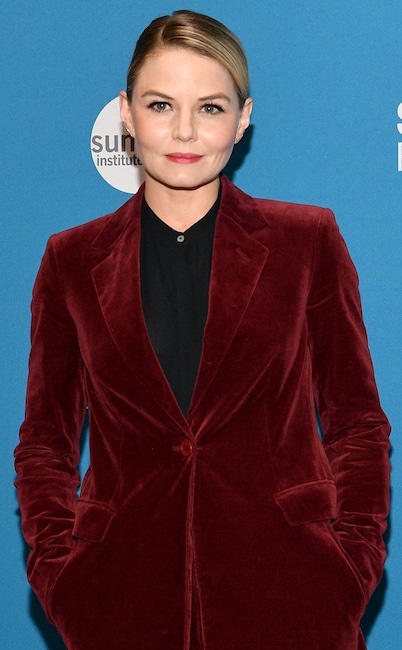 Jennifer Morrison stars in Under the Bridge, a new CBS drama pilot about a surgeon who rises from the ashes of a scandal to heal her practice and marriage. 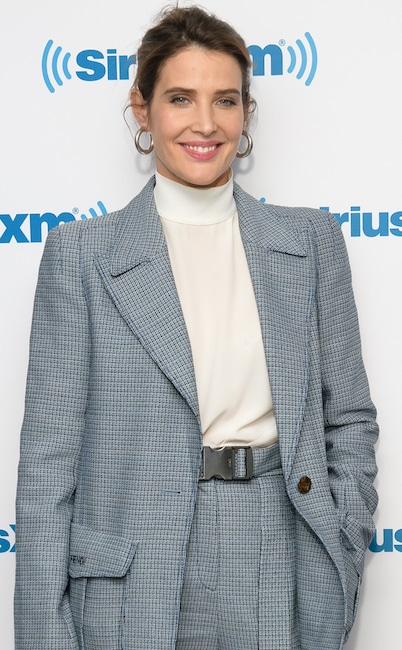 Cobie Smulders stars in Stumptown, an ABC drama about a army veteran P.I. who is quick to solve other people’s problems (and ignore her own). 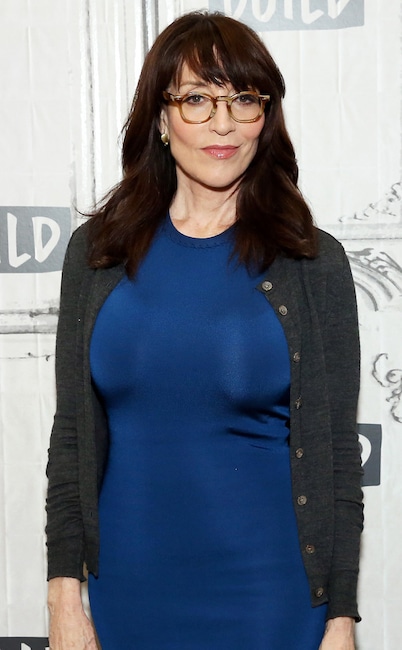 Katey Sagal stars as the titular character in Nana. The comedy follows an overprotective dad who invites his mother-in-law into his home to help raise his daughters following the death of his wife.