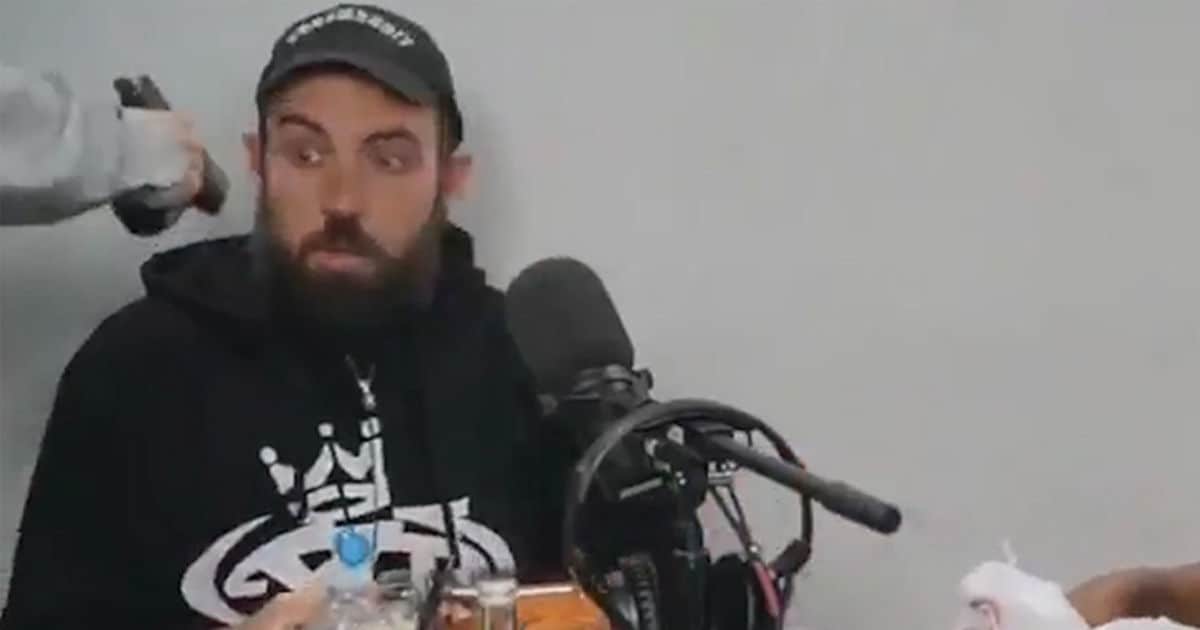 Held at Gunpoint During Live Stream

Scary moment for the podcast/YouTube host who got held up at gunpoint … and it all happened during his live stream.

Adam Grandmaison — better known as Adam22 — was in the middle of filming his popular hip-hop podcast “No Jumper” Sunday night in L.A. when some guy, out of nowhere, pulls a gun on Adam22, who was filming from a back room at his popular clothing store onsomeshit.

Watch the vid … the gunman demands Adam22’s money and threatens, “Do you want to die right now?” As a harrowing 14 seconds unfolds during the live YouTube broadcast to nearly 900k subscribers. Moments later, it appears security takes control of the sitch … by knocking out the would-be thief.

You can later hear someone scold the crap outta the assailant saying, “Don’t you f***ing pull on on us with a gun you little bitch. What the f*** is wrong with you?” In a separate video, you can also see the gunman barely conscious on the ground throwing the peace sign before he gets kicked.

Adam22 ended the live stream and called cops. LAPD responded to the scene and the gunman was arrested and taken into custody. The podcaster somehow managed to take the moment in stride.

He cracked jokes on Twitter to his more than 500k followers, “One minute you’re tweeting jokes about f***ing cats and the next minute you got a gun to your head.”