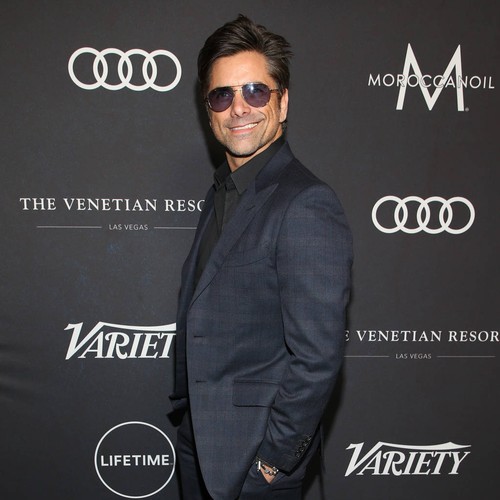 John Stamos upped the stakes in his prank battle with Nick Jonas, as he posted a picture of himself seemingly getting a tattoo of the singer’s face.

The Fuller House star and the singer have been getting various items – including a sweatshirt, pillowcase and blanket – with each other’s faces printed on them since February (19).

John, 55, shared a snap of him on Instagram getting inked with the youngest Jonas Brothers member’s face, and captioned it, “#jobrosforlife.”

His older brothers also chimed in, with Joe leaving a series of crying with laughter emojis, while Kevin wrote, “No way!!!!!”

The Scream Queens star’s wife Caitlin then cheekily commented: “@nickjonas will have to name his firstborn John Stamos.”

John has gone public with his love for the Jonas Brothers before, and stepped out wearing a T-shirt featuring the band at the American Music Awards back in October (18).

Nick kicked off the prank war in February when he wore a sweatshirt that had a photo of the former teen heartthrob wearing a Jonas Brothers T-shirt on it.

The 26-year-old then posted a paparazzi picture of him wearing the hoodie on Instagram, and captioned the post, “It’s your move @johnstamos.”

John then had a pillow made with a screen print of Nick wearing the sweatshirt, and shared the picture on social media. “I had the craziest dream last night…” he wrote, alongside a picture of him pretending to sleep on the pillow.

Earlier this week (ends17Mar19), Nick then revealed he had a blanket made that featured a photo of Stamos’ pillow. “I’ll sleep well tonight knowing #sucker is number 1!” he captioned the post, celebrating the Jonas Brothers’ first single since reuniting earlier this month.