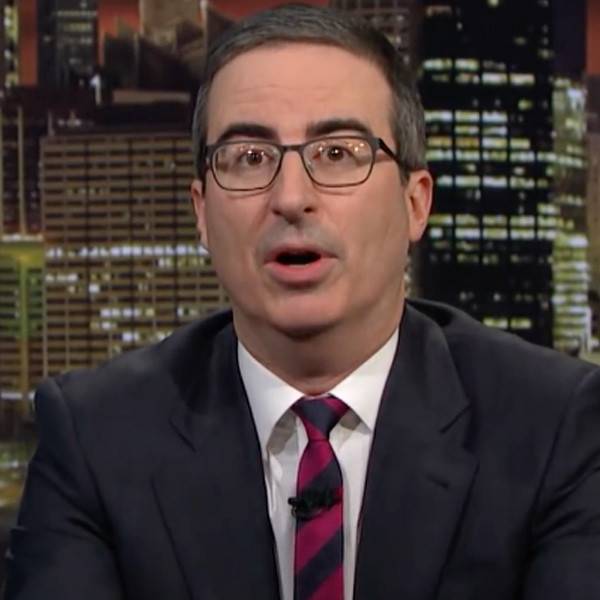 John Oliver has a bone to pick—and a new book to share—with Jay Leno.

The Last Week Tonight host slammed the former Tonight Show host on his show Sunday night after Leno said he would like to see more civility come back to late night earlier this week.

While discussing public shaming on his Sunday night episode, Oliver revisited the comedian’s comments while reflecting on how the late-night shows made fun of Monica Lewinsky during the Clinton affair scandal.

“Many comedians have since publicly expressed regret about things they said, although one who hasn’t and who was among the most relentless was Jay Leno,” Oliver said before playing a montage of the comedian’s many punchlines about her.

“Those jokes have not dated well in any sense of the word and they’re pretty rough, especially coming from a guy who just this week complained about late-night TV, saying he’d like to see a bit of civility come back.”

Oliver did not mince words as he continued. “You know, like that time that you did a bit with a fake book about Lewinski titled The Slut in the Hat and if that’s what he means by civility, may I offer my new book, Oh the Places You Can Go F–k Yourself, Jay Leno.”