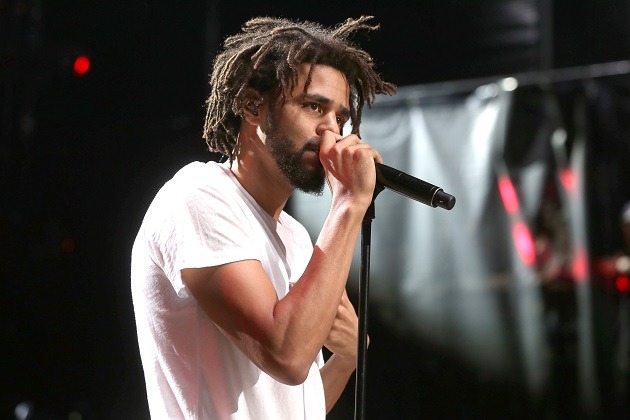 (AllHipHop News) J. Cole is undoubtedly one of the most successful rap stars of his generation. The product of Fayetteville, North Carolina has a catalog that includes five Top 10 hits and five platinum albums.

Three of those chart-topping LPs were released without any guest features on the tracklist. As a result, the internet meme about how Cole went “platinum with no features” became a badge of honor for fans of the emcee. It appears the description has become sort of a gift and a curse.

“I was loving it,” Cole told GQ. “I was like, ‘Word up – this is funny as hell.’ But the second or third time, I was like, ‘All right, it’s almost embarrassing now.’ Like, ‘All right, man, y’all gonna make me put a feature on the album just so this sh*t can stop.’”

As far as possibly recording with other artists for his next LP, the 34-year-old southerner added, “Well, I don’t have any [features] right now that I really want to boast about. Not saying it’s impossible. It’s just about getting out of my comfort zone.”

While Jermaine Cole is one of the best-selling and critically-acclaimed Hip Hop artists of the 2010s, he has never won a Grammy award. The Dreamville Records founder has been nominated seven times, including a nod for Best New Artist in 2012 and a Best Rap Album nomination for 2014 Forest Hills Drive.

“I’m not supposed to have a Grammy, you know what I mean?” said Cole in his GQ profile. “At least not right now, and maybe never. And if that happens, then that’s just how it was supposed to be.”

J. Cole may have the chance to finally earn recognition from the Recording Academy at the 62nd Annual Grammy Awards in 2020. The 2019 single “Middle Child” is the highest peaking Hot 100 entry of Cole’s career (#4).

In addition, an album tentatively titled The Fall Off is expected to arrive in the coming months. Dreamville’s Revenge Of The Dreamers III compilation has been in the works as well.