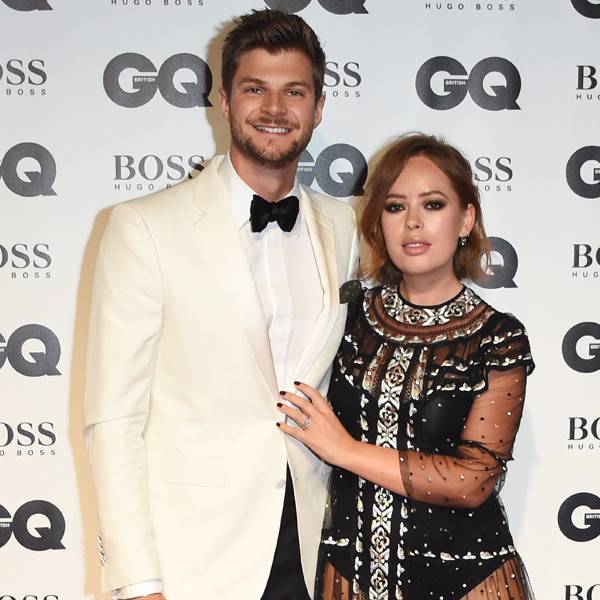 For thousands of YouTube users, Jim Chapman and Tanya Burr were the couple that could turn any frown upside down.

With a combined following of more than five million subscribers, the social media stars developed a loyal following for their individual accounts and points of view.

For Tanya, the actress and Harry Potter enthusiast brings cameras along for her adventures around the world. And yes, she’s always giving makeup, hair and beauty tips for her followers along the way.

As for Jim, the model and fashion guru would deliver swag-worthy tips on clothes and styling for wherever life takes you.

But away from YouTube, Jim and Tanya had a special love story that fans couldn’t get enough of.

After getting married in 2015 after being in a relationship for seven years, the pair defined #CouplesGoals with their PDA-filled Instagrams and red carpet appearances.

But recently, the couple shocked fans when announcing their split. After all, they looked madly in love at the end of January when celebrating Jim’s 31st birthday in Singapore.

“Just wanted to let you all know that a few weeks ago Jim and I made the painful decision to no longer be together,” Tanya shared with her followers. “We have a huge amount of love and respect for each other and will continue to remain friends forever.”

Jim would also post with the message, “After twelve incredible years, Tan and I have decided to go our separate ways. We’re still absolutely the best of friends and have nothing but love and respect for each other. We will continue to support one another in all of our ventures and are both looking forward to what the future holds.”

Ultimately, fans are trying to look for signs that there was trouble in paradise. At the same time, Jim had previously expressed hopes of keeping his private life private.

“The difference between someone like me and a traditional celebrity is my audience genuinely knows me. It’s like I’m talking to friends,” he once shared with The Sun. “But I do have a line. A lot of stuff with me and my wife is quite quiet.”

Jim continued, “We didn’t share our wedding because our friends are social media stars and, before you know it, everyone could be on the Internet and not enjoying the moment. We had a no social media rule so all my friends and family could be together.”

And although Jim and his wife appeared in videos together, the YouTube star decided to pivot and focus less on his private life.

“We were sharing a bit too much of us just living,” he once told Newsbeat when explaining his decision “to take a step back.”

Through their respective careers, the pair called West London their home. And according to Tanya, having a tight family was always a priority for the duo.

“Our families live 20 minutes from each other in Norfolk. It’s a two-and-a-half-hour drive, and we go back every two or three months,” Tanya shared with The Guardian back in 2018. “One day I got home from work to find my 17-year-old brother, Oscar, sitting on the sofa, having organized it with Jim.”

As for what’s next, Jim returned to Instagram Stories where he answered burning questions from fans—well, almost any question.

“Ask me anything you want! Although there are rules,” he shared. “Don’t ask me anything about my breakup, because obviously I won’t be answering that!”

In comparison, Tanya continues to focus on her acting career that can often times take her out to Los Angeles.

“I see myself as an actor who does social media, in the same way Millie Bobby Brown is an actor but people call her an influencer. I loved drama when I was younger, and when I got caught up in my YouTube life, I really missed it,” she explained to The Guardian. “Now I juggle auditions, meetings, videos and Instagram content. Jim and I try to work between 9 a.m. and 6 p.m. If you let it become a 24/7 job, you’d go mad.”