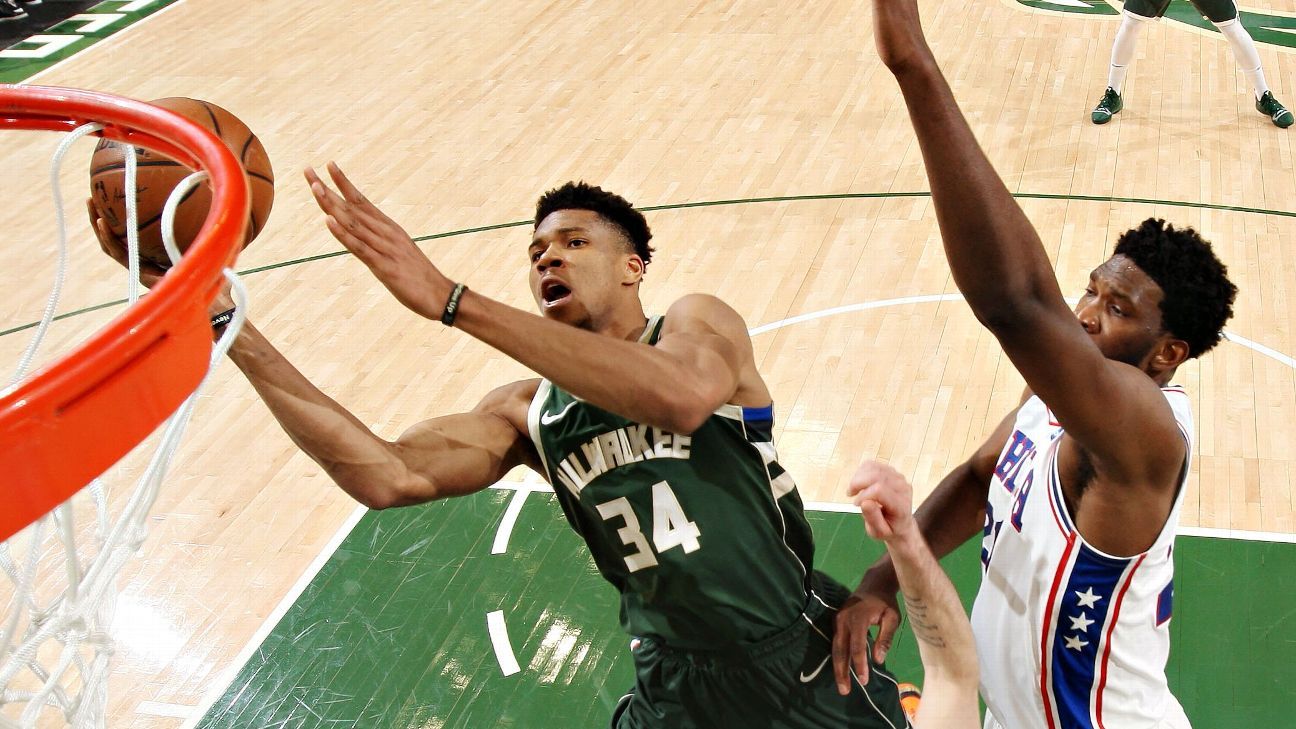 MILWAUKEE — When given a choice of who he would rather be defended by — Joel Embiid or Ben Simmons — Giannis Antetokounmpo didn’t miss a beat before responding.

“It’s easy,” Antetokounmpo said. “I would rather Ben guard me than Joel. It’s simple. If Joel’s been guarding me all night and he’s been making everything so tough on you, when someone switches on you — Jimmy (Butler) or Ben or (Mike) Scott or (Boban) Marjanovic — it’s way easier.”

Embiid’s 40 points were paced by a balanced performance from Philadelphia’s four other starters. The Sixers’ starting lineup outscored the Bucks’ starters not named Antetokounmpo 66-47, which helped Philadelphia maintain control for majority of the game.

“The last time we were here, they beat us pretty bad,” Embiid said. “They are the best team in the NBA right now as far as record goes. They are No. 1 in our conference and I felt like we had to make a statement. We had to get this win.”

The game had a playoff-like feel from the get-go. 18,148 fans — a record in Fiserv Forum — filed into the arena for the matinee game. And on a night when Antetokounmpo put on a one-man show in a losing effort, the MVP candidate engaged in memorable individual exchanges with both of Philadelphia’s stars.

Against Embiid, Antetokounmpo pounded in the post and exchanged dunks and threes. Against Simmons, his fellow point forward, he appeared to unleash some direct trash talk. After dunking over Simmons to cut the Sixers’ lead to five, cameras captured Antetokounmpo referring to Simmons as a “baby” with a spicy explicative thrown in for punctuation. Simmons responded with a dunk over Antetokounmpo moments later.

“He carried us for most of that game, if not all of it,” Khris Middleton said of Antetokounmpo. “He wreaked havoc in the paint, got his three=ball going early and it got him in a great rhythm. He was special today. Unfortunately, we couldn’t get the win for him on the career night.”

Antetokounmpo’s stat line put him in rare company. The “Greek Freak” joined Kareem Abdul-Jabbar as the only players in franchise history to have a 50-point and 15-rebound game. According to Elias Sports, Abdul-Jabbar did so 33 times in his tenure with the Bucks. Antetokounmpo also become the first Bucks player to put up 50 points since Brandon Jennings in 2009.

“When guys like Joel guard you, your ego starts kicking in and you want to go at him,” Antetokounmpo said. “I was just trying to make plays and find my teammates and I know my game was going to find me.”