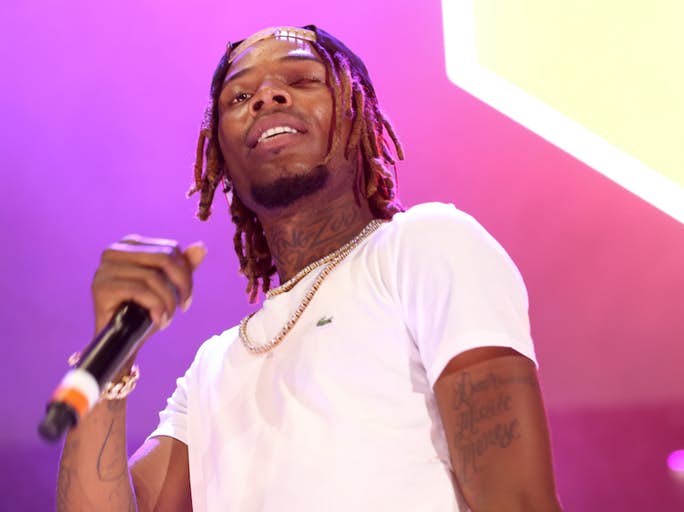 (AllHipHop News) Rap star Fetty Wap is refusing to testify against a rival who allegedly robbed him of his 1738 chain, which sparked a shootout.

According to NJ.com Fetty Wap was subpoenaed to testify in the trial of Raheem “Fuzz” Thomas, or his brother, Latwyn Thomas.

But the rap star has no plans of testifying against Fuzz.

Fuzz and his brother are accused of robbing the rap star at a delicatessen in Patterson, New Jersey around 5:00am.

Fuzz claimed he financed recordings earlier in Fetty’s career, including the song “Trap Queen,” but he was cut out of his share of royalties and he eventually banned Fetty from Paterson.

Fuzz and his brother are facing gun crimes for the shooting which left three people injured, as well as theft charges.

Fetty’s refusal to testify against Fuzz could make it difficult for prosecutors to win the case against the rapper’s hometown rival.