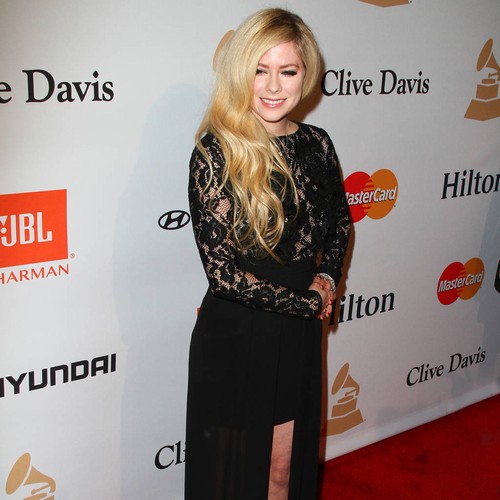 Despite their victories, neither Avril or Shawn were at the ceremony. While Shawn is currently on tour in Europe, Avril is being kept busy in Abu Dhabi, where she recently performed alongside Luis Fonsi at the opening ceremony of the Special Olympics World Games Abu Dhabi.

Shawn, meanwhile, delighted fans by appearing on the Canadian TV broadcast of the Junos with a taped performance of hit In My Blood.

Other big winners at the Juno Awards, held in London, Ontario, included Post Malone, who took home the International Album of the Year gong for his record Beerbongs & Bentleys, and Arkells, who left with prizes for Group of the Year and Rock Album of the Year.

Sunday night’s prizegiving also saw 1980s heartthrob Corey Hart, who has not performed on television in more than 20 years, inducted into the Canadian Music Hall of Fame.

Sarah McLachlan took charge of hosting the ceremony, and wasted no time in taking aim at Canada’s neighbour America, and their controversial president Donald Trump, as she told the audience: “You know when you live somewhere peaceful and beautiful, then you get a crazy neighbour, and they start causing all sorts of trouble like putting up weird walls, picking fights with all the other neighbours, and telling your daughters how they should behave, all the while saying they’re making the area great again, and you just watch, feeling helpless, and hope they’ll be gone by 2020…”

To cheers from the crowd, she added: “He does make me want to swear.”

The main winners are as follows:

Single of the Year – Shawn Mendes, In My Blood

Artist of the Year – Shawn Mendes

Group of the Year – Arkells

Breakthrough Artist of the Year – Bulow

Breakthrough Group of the Year – The Washboard Union

Songwriter of the Year – Shawn Mendes, Lost in Japan

Country Album of the Year – Brett Kissel, We Were That Song

Jazz Album of the Year: Group – Andy Milne & Dapp Theory, The Seasons of Being

Children’s Album of the Year – Splash’N Boots, You, Me and the Sea

Blues Album of the Year – Miles To Go, Colin James