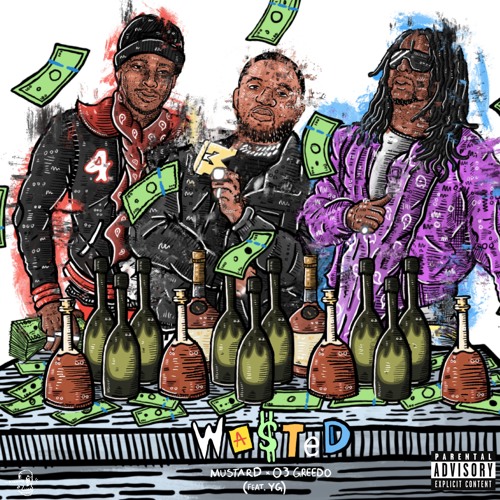 Spanning 11 songs, Still Summer In the Projects displays the versatility and variety typical of a Greedo project, ranging from wavy trap ballads like “Gettin Ready,” to ferocious and cocky street tales like “Bet I Walk,” and riders’ anthems like “Greedo’s Trap House.”

The project culminates in the gorgeous closing track “Visions,” which finds Greedo reflecting on his prison sentence and envisioning his comeback, ending with a confessional delivered by Greedo through a prison phone.

Featuring appearances from YG, Shoreline Mafia, and Trilliano, Still Summer In the Projects releases on March 29th via Alamo/Interscope/10 Summers.

To accompany the announcement of the project, Greedo shares “Wasted,” a towering strip club banger, produced by Mustard. As Mustard provides bombastic synth sirens atop his signature snap, Greedo tries to maximize his cost-benefit ratio when he hits a local gentlemen’s club.

After Greedo says his piece, he makes way for YG, who showcases his wily charisma and nimble flow in an explicit verse.