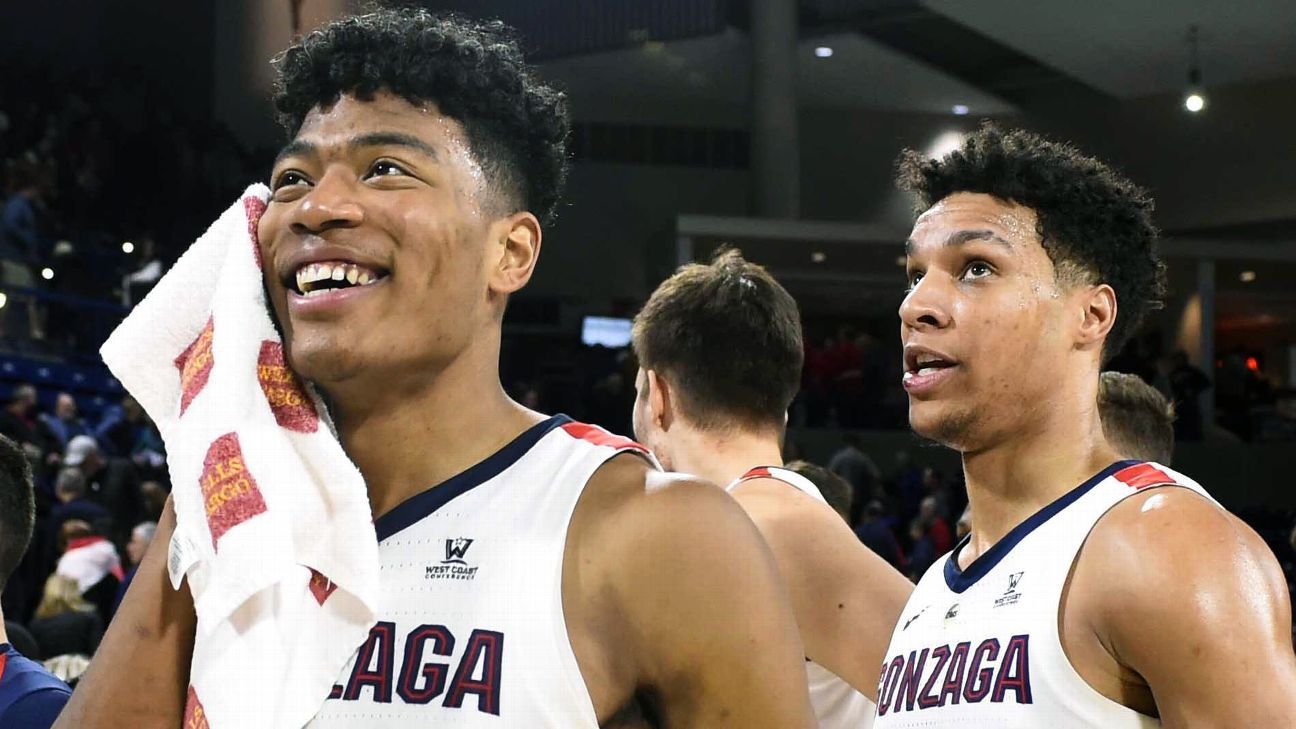 We finally made it. After 4½ months of basketball, the field of potential net-cutters will be whittled to 68 teams Sunday night and the brackets can officially be released.

But it won’t be easy.

There are still plenty of questions, both at the top and bottom of the bracket. Fortunately for bubble teams and the committee, all of the potential bid-stealer situations have been resolved, so the group of 10 committee members in New York City can spend the entire day finalizing the bracket without worrying about available spots shrinking.

But that doesn’t mean they won’t face some difficult questions. Here are some of the biggest:

This one will dictate every decision the committee makes. If it’s used like the RPI, it will be purely a sorting tool and not used as a tiebreaker or given heavy weight in the selection or seeding process. But this is the NCAA’s baby, its new toy. So will they use it heavily throughout the bracket? I spoke on Saturday with two coaches whose teams are on the bubble, and that was the biggest question they had — and the answer is simply, nobody knows. Nobody knows the formula and nobody knows how important it will be Sunday.

Among bubble teams, NC State and Clemson have the best NET (NCAA Evaluation Tool) and Arizona State and St. John’s have the worst.

2. Will the ACC really get three 1-seeds?

The answer to this will also help resolve the next on the list, but this might be the most important question heading into Sunday.

Virginia came into Champ Week as the favorite to be the overall 1-seed in the bracket, but the Cavaliers were bounced in the ACC semifinals by Florida State. North Carolina was also in position to land a 1-seed, but the Tar Heels fell to a full-strength Duke team in the semis. Duke had dropped off the 1-seed in many projected brackets heading into the ACC tournament because of the uncertainty surrounding Zion Williamson, but the star freshman has returned and been the same dominant force he was before his injury. Had the Blue Devils stumbled upon his return, the biggest question might have been how much the committee would factor in his injury. Now, there’s a good chance Duke is the overall 1-seed in the bracket.

Virginia should keep its 1-seed, based on its share of the regular-season title and owning the most Quadrant 1 wins in the country (with Michigan State). Virginia beat North Carolina in Chapel Hill, and two of their three losses came to Duke. North Carolina has a strong case to stay on the top line, too. The Tar Heels also own a split of the ACC regular-season title and own two wins over Duke and a victory over Gonzaga. They also played a top-five schedule and don’t have losses outside Quadrant 1 territory. In a vacuum, all three are deserving of a 1-seed. But the last time one league received three 1-seeds was the Big East in 2009 — and teams aren’t seeded in a vacuum. Which brings us to …

3. Did Gonzaga’s loss to Saint Mary’s open a spot on the top line — and can Michigan, Michigan State or Tennessee jump Gonzaga with a win Sunday?

Going into Champ Week, Virginia and Gonzaga seemed assured of 1-seeds. And then Gonzaga went out and lost to Saint Mary’s — the same team it beat 10 days earlier on the road by 14 — in the WCC title game by 13 points. It wasn’t the worst loss in the world, but it gave people a chance to take a closer look at the Zags’ profile. And well, it’s not great. The Bulldogs are just 4-3 against Quadrant 1 teams, at least five Q1 wins fewer than each of the other 1-seed contenders. They beat Duke back in November, and their best wins since then came over Saint Mary’s, Washington and Creighton. Not exactly early 1990s UNLV on that list. As a result, there could be at least one 1-seed up for grabs.

Kentucky would have slotted in had it won the SEC tournament, but the Wildcats fell to Tennessee on Saturday. Now the Volunteers have two wins over Kentucky, a win over Gonzaga and a chance to win the SEC tournament. If they beat Auburn on Sunday, they can make a case. Then there’s the winner of Michigan vs. Michigan State in the Big Ten. Michigan State has a better résumé entering the game, given the Spartans’ 12 Quadrant 1 wins, regular-season sweep of Michigan and share of the Big Ten regular-season title. It’s also worth noting the Big Ten title game often ends too late to make major changes to the bracket, but the committee will certainly have contingency plans.

For those wondering if Kentucky can still get a 1-seed, I leave you with this stat: Only twice in the past nine years has a 1-seed been given to a team that didn’t win either its regular-season or conference tournament title.

4. How will the committee handle gaudy mid-major résumés vs. middling power conference teams?

Mid-major supporters point to the sheer number of losses the power conference teams took over the course of the season, and the number of chances they had to pick up Quadrant 1 and 2 victories. On the flip side, there’s a glaring lack of impressive victories among the mid-majors. Belmont’s best wins are over Lipscomb; Lipscomb beat TCU and Liberty; UNCG defeated Furman; and Furman beat Villanova but finished tied for third in the Southern Conference.

In the past, the committee has generally sided with the power conference teams, but we will see if that holds this season.

5. Will NC State’s nonconference strength of schedule keep the Wolfpack out?

Perhaps the most striking part of any bubble team’s résumé this season is NC State and its No. 353-ranked nonconference strength of schedule (SOS) — as in, the worst in Division I men’s college basketball. Poor nonconference slates have at times been a death sentence for a team’s at-large hopes, and coach Kevin Keatts and the Wolfpack are hoping that’s not the case this season. NC State didn’t just sit at home and play nobodies all November and December, of course. It beat Auburn and Penn State, and lost to Wisconsin. Vanderbilt didn’t turn out the way it hoped, but the bottom part of the nonconference schedule was a complete joke. And even factoring all that in, it’s still No. 353 in the country. If NC State misses out on Sunday, it won’t be hard to figure out the reason.

Texas has a very good résumé, and one that might be better than some bubble teams on the surface. The Longhorns have a top-10 SOS, won nine games against Quadrant 1 and 2 teams, have a great average NET win and beat North Carolina, Purdue, Kansas, Kansas State and Iowa State. But it would be a historical accomplishment if Shaka Smart’s team were to end up in the NCAA tournament.

Why? Texas is 16-16 on the season. No team with that record or number of losses has been given an at-large bid. Georgia went 16-14 in 2001 and heard its name called, but the Bulldogs also played one of the toughest schedules of all time. Alabama lost 15 games last season and made it, but the Crimson Tide had 19 wins. And neither of those teams were .500. Even 17-16 might have gotten it done for the Longhorns. Will the committee set the precedent of a .500 team making the NCAA tournament?

7. How will the committee account for injuries and suspensions on the bubble?

There’s no Bonzie Colson-like situation to discuss entering Selection Sunday, unlike last season, but there was a slew of minor injuries or suspensions.

Ohio State lost three in a row to end the regular season, but leading scorer and rebounder Kaleb Wesson was suspended for all three games. He returned and the Buckeyes beat Indiana before losing to Michigan State.

For Texas, Kerwin Roach II sat out seven games — and the Longhorns went 2-5 in those games.

Indiana was without some combination of De’Ron Davis, Devonte Green and Rob Phinisee for several games during its 1-12 midseason stretch. NC State went 1-2 without Markell Johnson, and Creighton was 0-3 without Marcus Zegarowski. Shamorie Ponds missed a home loss to DePaul for St. John’s, and Mustapha Heron missed three late-season games.

Which team will receive the biggest break for its key personnel absence?

8. Whose spots did Oregon and the Atlantic 10 winner take?

Saturday went about as perfectly as possible for bubble teams. The early morning hours of Sunday (on the East Coast) did not.

Potential AAC bid-stealers Memphis and Wichita State were dispatched in the final minute by Houston and Cincinnati, respectively; Utah State beat San Diego State in the Mountain West title game; Buffalo held off Bowling Green to win the MAC; but Oregon blew out Washington in the Pac-12 title game and shrunk the field.

Prior to Oregon winning, there was only one other bid-stealer during the latter portion of Champ Week, and that came in the Atlantic 10. Top-seeded and lone lock VCU lost to Rhode Island in the quarterfinals Friday, and St. Bonaventure and Saint Louis will face off for the automatic bid. Expect Oregon to find its way onto the 12-line, and the winner of the A-10 to land as a 13- or 14-seed.

Who will be the two teams impacted? NC State and Temple? Belmont and St. John’s? We wait and see.