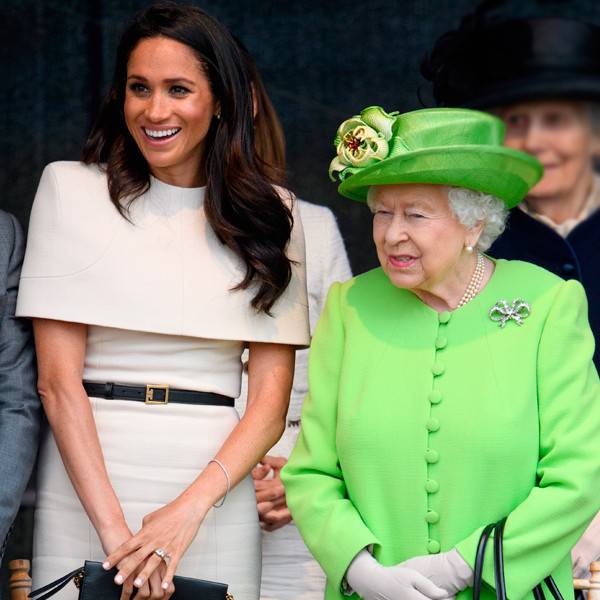 Meghan Markle and Prince Harry just want to blaze their own trail, but someone is reportedly throwing cold water on their plans.

That would mainly be the Duke of Sussex’s grandmother, Queen Elizabeth II. According to the Sunday Times, Meghan and Harry are understood to have lobbied for an autonomous new court, but the Queen and Harry’s father Prince Charles, the Prince of Wales, who will jointly fund their office, were not having it.

“They wanted their household to be entirely independent of Buckingham Palace, but were told ‘no,” a royal source told the newspaper. “There is an institutional structure that doesn’t allow that kind of independence. The feeling is that it’s good to have the Sussexes under the jurisdiction of Buckingham Palace, so they can’t just go off and do their own thing.”

The Sunday Times reported that Meghan and Harry want to build a global “Sussex brand” of philanthropy and humanitarianism, and that the duchess is also understood to want to continue in her role as an “activist”.

Last week, the royal family announced in a statement that the Queen “has agreed to the creation of a new household for The Duke and Duchess of Sussex, following their marriage in May last year. The household, which will be created with the support of The Queen and the Prince of Wales, will be established in the spring.”

The news came a month after E! News and the Sunday Times reported that Harry and William had plans to split their royal household before Meghan gives birth to her and Harry’s first child this spring. A source had told E! News that the two courts would also have separate staff, and that it is hoped the division of the household will help ease the reported tensions between the Sussexes and the Cambridges.

“The Duke of Sussex currently has his own private office, which has been supporting The Duchess since the engagement of Their Royal Highnesses in November 2017,” the royal family’s statement last week said. “This long-planned move will ensure that permanent support arrangements for The Duke and Duchess’s work are in place as they start their family and move to their official residence at Frogmore Cottage.”

Meanwhile, the Queen has “given permission for The Duke and Duchess of Sussex to base their Household Office at Buckingham Palace,” the royal family’s statement said.

The statement also announced the appointments of separate communications secretaries for the Sussexes and the Cambridges, as well as a new senior adviser for Kate and William.