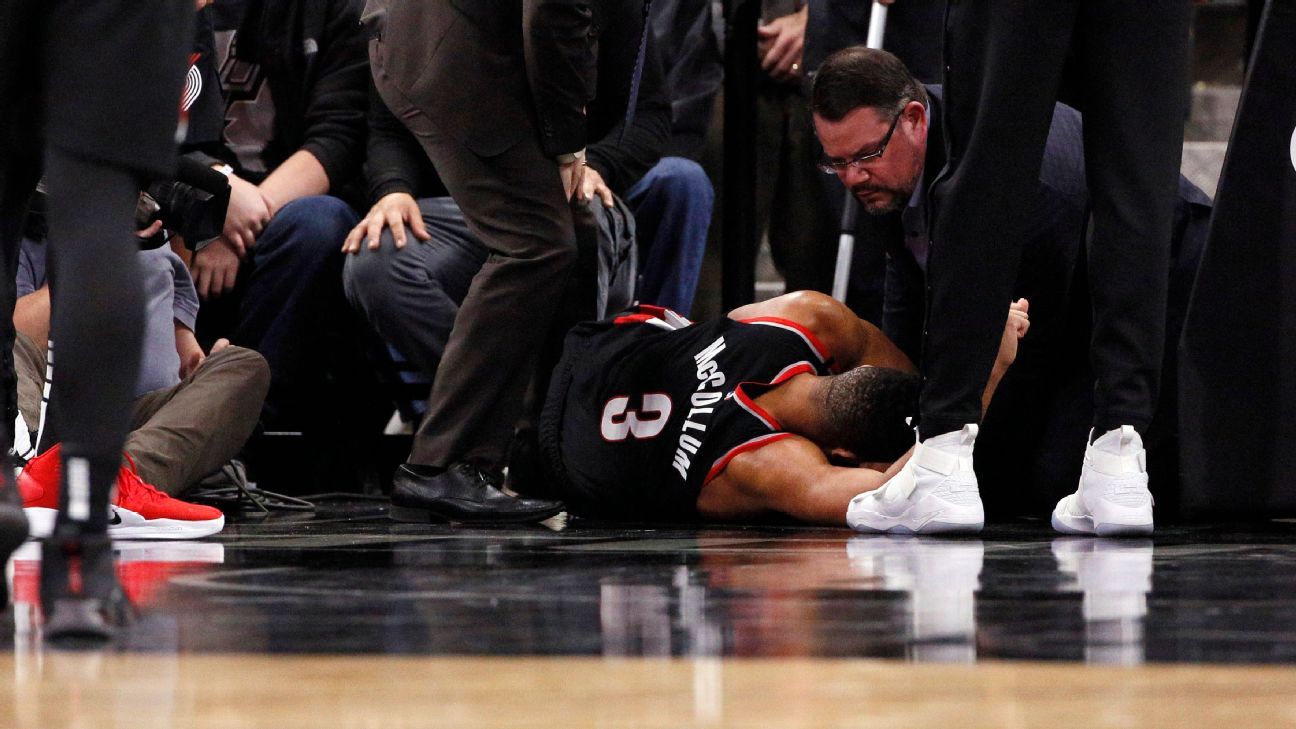 Trail Blazers guard CJ McCollum has been diagnosed with a popliteus strain in his left knee and will be re-examined in a week, the team announced Sunday.

The diagnosis means McCollum, who suffered the injury Saturday against the Spurs, has avoided a serious injury, sources told ESPN’s Adrian Wojnarowski.

McCollum was injured in the Blazers’ 108-103 loss after crashing to the floor following a drive to the basket with 7:17 remaining in the third quarter, and he immediately clutched his left knee as he winced in pain. Teammates huddled around McCollum near the basket, with Skal Labissiere and Meyers Leonard eventually helping him to the locker room.

“I went up for a layup, a left-hand layup, and big fella [former Blazer Jakob Poeltl] blocked it,” McCollum said after Saturday’s game. “I landed on my foot, kind of trapped my foot on the ground, felt my knee kind of twist. I was in pain. It hurts. You never want to get hurt, man. Not ever, especially at this point in the season. There’s nothing I can do about it but rehab and see what they say. I can walk, but I’m not sure what the extent of it is. Obviously, on the replay it’s hard to kind of see it because my foot is trapped and his body is there. But there’s some discomfort, some pain in certain areas. So we’ll see what happens. It’s definitely around my knee, but I don’t know the extent of it. I don’t know if it’s lateral. I don’t know. I just know that it’s not normal.”

Over the past four seasons, McCollum has played 309 out of a possible 315 games, including Saturday. He ranks third in total minutes played over that span, trailing only James Harden and Andrew Wiggins.

McCollum entered the contest averaging 21.5 points to go with 4.0 rebounds and 2.9 assists. He left the floor after scoring 10 points on 5-of-13 shooting in 22 minutes.